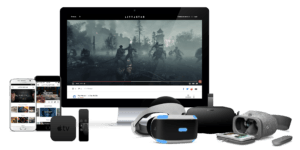 Littlstar aims to be the premiere video content ecosystem for all virtual reality platforms. Since launch in 2014, the company has created the biggest portal for 360 video and VR content. Littlstar has amassed over 600 hours of 360 video and VR content on its platform, and apps using Littlstar’s platform have been downloaded over 65 million times. The company also enjoys high engagement among its millions of users – average session times are greater than 20 minutes[1].

Littlstar has built a robust developer platform that media companies and brands use to power their immersive VR apps. The company’s tech now powers over 150 VR apps from leading entertainment companies including Showtime, Discovery, Viacom, CNN, Hearst, and National Geographic1. 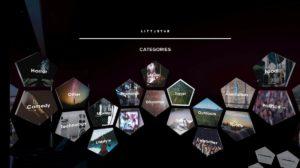 Littlstar has developed an offering of tools for publishers to develop 360 and VR content. Their product suite includes a 360 video content API, web player, and SDKs for mobile, web, and VR platforms. The company also provides analytics and content management tools. Littlstar’s tech powers playback and rendering engine for 360 videos and also provides transcoding, streaming, and heat maps (maps that understand where users are looking) for publisher apps1.

In addition to powering other media publisher’s VR apps, Littlstar has its own portal that is available on web, mobile, and connected TV platforms. For the TV, traditionally a 2D experience, users are able to get a taste of VR. Once a user has downloaded the app, they navigate the 360 and VR video with their remotes. While this experience pales in comparison to experiencing VR with a headset, it gives users access to VR content without having to own the hardware.

VR users are attracted to Littlstar because it has positioned itself as the media player that has more VR videos than another platform. This is bolstered by Littlstar’s recent update enabling for multiple types of video. Now users can upload their existing VR, 180 and 360 degree content to the platform, similar to how users today can upload videos to YouTube[2].

On the consumer side, Littlstar is free for all users. This lowers the barriers for users to get on the Littlstar platform. Littlstar generates revenue from the publisher side of its platform, likely from the tech it licenses to media companies.

Littlstar has taken a cross-platform approach to quickly scale its tech ecosystem. Apps powered by Littlstar are available on all major VR hardware and software platforms including Oculus Rift, Samsung Gear VR, Google Daydream, Sony PlayStation VR, HTC Vive, and others. The company has also used its capabilities on 360 video to drive growth for the broader VR ecosystem. By providing connected TV apps, Littlstar has opened its platform to users that may not own a VR headset just yet.

From a platform perspective, the company is poised to ride the growth of the VR market as it is not tied to a hardware platform. Littlstar apps are available on all leading VR platforms, allowing the company to access a broad range of VR users no matter which hardware or software ecosystem they use. By licensing its platform to other media publishers, Littlstar has established itself as the leading tech platform for VR content providers and as the premiere VR destination for consumers.

From a content perspective, Littlstar has driven growth by taking a “grow the pie” approach by leveraging the 360 video category to drive adoption for VR content. The company aims to increase the installed base of VR headsets by introducing people to “VR films” via in-person events. An expanded installed base of VR headsets would directly translate to a larger userbase for Littlstar’s apps. Littlstar has also begun building a competitive moat by assembling the largest portal for VR content that includes original and licensed content as well as crowd-sourcing video through user uploads.

In addition to its platform licensing model, once Littlstar scales, it could begin charging users a monthly subscription fee for the service, which is now free. This subscription model would align with current content consumption patterns of paying for Netflix, Hulu, and Amazon.

Conversely, Littlstar could generate new revenue stream through advertising. The company’s tech can detect where a user is looking when the user is wearing a VR headset. Thus, Littlstar could develop a compelling advertising platform for brands, ensuring that users are seeing their advertisements when watching VR content.