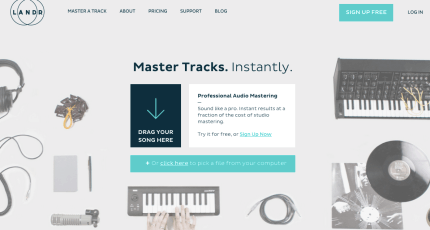 LANDR has a mission to be a slave to the needs of musicians – and it does not get tired. In short, it is a creative platform for musicians that provides: AI-powered music mastering, distribution, plugins, collaboration promotion and sample packs. Since 2014, it has given “music makers the freedom to create and be heard.” In order to provide this instant audio mastering service (while combining AI with music production), LANDR works by computing each new song uploaded by a musician by analyzing its production style. The AI software employs machine learning as people keep uploading tracks in a programmatic manner.

To get a bit more granular – every time a musician uploads a record, LANDR creates a custom ‘digital fingerprint’ of it, which it then cross-references with its database to identify the record’s genre and production style. Then, based on the musicians intended need for the record, it applies a custom set of adaptive tools like multi-bad compression, EQ, stereo enhancement, limiting, and aural excitation. It then further makes subtle, intelligent frame-by-frame adjustments based on the unique properties of the track. Typically, in the song mastering process (by humans) – the actual mastering occurs in the final stages in the production of a song to achieve certain needs such as clarity, richness, and consistency. What is extremely compelling about the LANDR approach is that their algorithm analyzes large repositories of previously mastered songs, including songs across genres for similar patterns – and a musician can simply upload a raw song and get it to a finished product seamlessly. Simply, it emulates the human ear and adapts to users’ tastes and preferences. Imagine being an underground rapper who’s transfigured her closet into a recording studio and being able to leverage this technology to have her record sound like Timbaland put the finishing touches on it himself! It’s nuts. 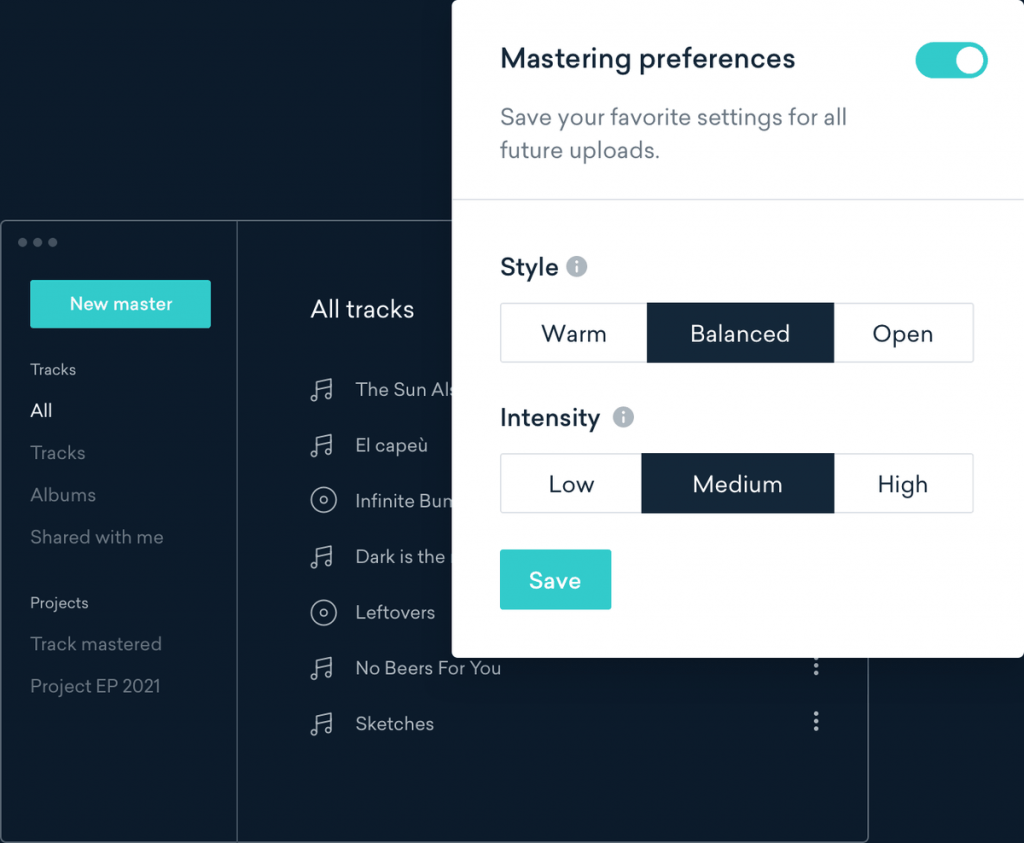 Regarding value creating perspective, it takes risk out of the song production process. For unsigned musicians, booking a professional mastering studio is typically cost prohibitive and for small labels, the added costs really eat into the already thin margins they face. LANDR makes the entire process simple and helps level the playing field for aspiring artists and labels, allowing them to easily preview what mastering technology can do to elevate their music.

Putting Engineers out of work

Mastering – if I did not make it clear enough before – is an extremely complicated process. It has historically been the job of trained audio engineers working in expensive studios to take on. It also requires the penchant for an extraordinarily impeccable ear. LANDR poses a significant threat to this profession through their capabilities. However, LANDR claims to not be attempting to replace human mastering engineers altogether. The encourage the use of LANDR files to serve as useful reference tools for engineers. Further, the biggest artists in the world, are typically more reticent to rely on an algorithm for a process so personal to their artistic process. This is where LANDR has the most opportunity to expand. Their deployment of these services is entirely focused on the long tail of independent artists that crowd the market with an arguably lower willingness to pay. Providing a solution or application that could tap into the lion share of the market with major artists backed by large record labels would allow for greater revenue potential and scale.

LANDR’s approach does not just end at mastering. Their platform is replete with services that potentially aim to disrupt the entire recording studio (and record label) model itself. Namely through distribution, LANDR also makes it easy to release songs in the places where audiences are going to hear it – across streaming services and more. Its new royalty-free distribution services enables a musician to upload records to the streamers instantaneously, and also provides a read out of valuable data such as stream count, listener location, and downloads through a comprehensive dashboard. This is a significant opportunity for value capture from for LANDR. Harnessing the data on listener demographics for musicians utilizing their distribution services can further strengthen their AI algorithm for mastering in a virtuous cycle. Specifically, being able to discern insights around what type of mastering formula (for lack of a better term) is receptive to listeners and feeding that data into the algorithm or creating recommendation or consulting services to musicians before they record a song could create a new revenue stream. The company’s positioning is such that I can help a musician before, during, and after the release of their music – with a community to bat that includes the likes of industry titans such as Warner Music Group and Atlantic Records.

LANDR already appears to be doing partnerships work, but organizationally they can benefit from having a strategic partnerships arm to identify new use cases for their AI, as well as finding opportunities to include industry insiders as part of their community to support artists. This especially could be a proactive way to combat the concerns of their platform automating away the jobs of sound engineers.