Tapjoy, founded in 2007, operates a mobile advertising and intelligence platform that connects app publishers (such as mobile game developers) with both advertisers and users. App publishers that integrate Tapjoy’s advertising solution into their apps have access to a comprehensive suite of monetization tools all designed to get users to spend or engage more with mobile apps. 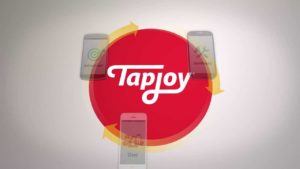 In the mobile app space, developers have largely chosen to adopt a freemium model, whereby users download apps for free but must pay to access premium features, such as additional in-app content, in-app currency, or upgrades. While it is estimated that about 98% of freemium app users never make a purchase, a small percentage of so-called “whales” will spend hundreds, if not thousands, of dollars on this premium app content, thereby generating enough gaming revenue to support the costs associated with developing and maintaining apps. Some developers also support in-app advertising for additional revenue.

How does Tapjoy create value for developers?

Tapjoy offers developers a platform that attempts to enhance users’ purchasing behavior within the app itself. In 2014, Tapjoy acquired a company called 5Rocks that specializes in predictive analytics for mobile apps. With the integration of this predictive technology, Tapjoy helps mobile app developers figure out which small percentage of users are likely to purchase premium content and which are not. This is incredibly helpful because app developers can target probable “whales” with repeated offers for in-app purchases such as the one below. 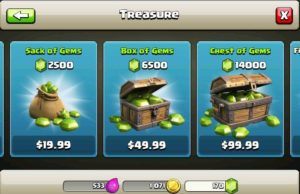 You may be wondering: well what about the vast majority of users that Tapjoy identifies as being unlikely to spend money on apps? The solution is rather clever, actually—Tapjoy gives app developers the ability to display offerwalls within apps to this segment of users. A typical Tapjoy-enabled offerwall (such as the one pictured below) would allow users to watch or engage with advertising content in exchange for in-app rewards, such as in-app currency. Developers gain the benefit of incremental advertising revenue by showing the offerwall while encouraging deeper user engagement with their apps.

With its user segmentation capabilities, Tapjoy reduces the risk of cannibalizing gaming revenue for mobile developers. At the same time, the offerwalls give users the ability to access more features in mobile apps without paying real money. For apps with a huge social or virality component, user engagement is particularly crucial as it may be a prerequisite for “whales” to continue their heavy spending and aid in attracting new users to the app.

What about for advertisers?

Tapjoy’s revenue stream comes from advertisers who serve ads on its platform. Through Tapjoy, advertisers have access to a huge network of over 10,000 apps with a purported reach of over 520 million monthly users. With its impressive reach and inventory of data, Tapjoy gives advertisers the ability to run large-scale mobile ad campaigns and effectively target ads to appropriate audiences based on factors such as demographics, geography, or user behavior. In addition, it is flexible and offers advertisers a number of different ways to pay, such as on a cost-per-impression, click, install, or action basis. Due to Tapjoy’s massive scale, it is also able to provide inexpensive rates on its advertising solutions (the rates themselves have likely changed substantially, but Tapjoy was consistently one of the lowest cost vendors when I worked in mobile advertising back in 2012).

What is the future for Tapjoy’s business model?

As one of the pioneers in the mobile marketing space, Tapjoy has been incredibly successful at driving results for advertisers. By mid-2015, for example, Tapjoy had delivered over one billion app installs for mobile advertisers. An interesting feature of the mobile marketing space is that app developers are also oftentimes advertisers themselves, meaning that as Tapjoy formed partnerships and integrated with more app developers it also simultaneously increased its client base.

However, there are some interesting challenges that lay ahead for Tapjoy that I will lay out:

In order to overcome these challenges, Tapjoy must continue to innovate on its product offerings while retaining loyal app developers and ad publishers to make its platform indispensable in the mobile monetization space.

Printing money: How Valve went from being an indy game developer to the most profitable company per employee in the USA

Steam: The iTunes of Video Games

Student comments on Is Tapjoy Finding the Key to Mobile App Monetization?