When we think about successful models of network effect, AirBnB is definitely one of the most successful companies that benefited from growing a two sided market. Founded not even a decade ago, they now boast over 1.5 Million listings in 34,000 cities and 190 countries. Early this year, the online lodge renting platform was valued at 25.5 Billion. Growing a double sided market seems to be a chicken and egg problem, but AirBnB had eventually overcame this problem by first growing a rental base through providing the service free in parallel to Craigslist, which also helped them confirm the demand in the market. Having a strong foothold and a focus on quality, it does seem that network effects have efficiently raised the bar of entry for competitors. But why then, would we say that AirBnB might ultimately fail?

Because network effect isn’t made of solid gold, users can leave just as quickly as they’ve came, just look at what happened to MySpace. Here’s why:

This happens when the network grows exponentially, but the control systems to ensure quality content doesn’t scale as smoothly with it. As new renters join the platform, it becomes harder and more costly to ensure quality. If not done well, AirBnB risks losing what differentiated them from Craigslist in the first place: quality offerings. The value of the platform hence decreases as the content becomes less engaging or relevant to what users are looking for.

The platform by itself holds no value: 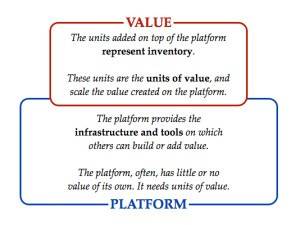 AirBnB relies heavily on a commission system that adds costs to the users for access to their platform, collecting 3% of the renter’s income every time they get a customer through the platform. This means that the more you are making, the more you are paying to them. I have personally heard from an AirBnB host advising me to contact him directly next time I want to visit the city so that we can both save costs by not going through AirBnB. The same happens with online platforms like Handybook that provides services like plumbers and cleaning services. Once the service providers connects with a customer, there is no real obstacle to cut the platform out in future transactions as the value is ascribed to the users on top of it, but not the platform itself.

The network play usually starts with providing services to users for lower than cost in order to attract substantial user base. To reach the state where the market is ripe for reaping the benefits usually takes much longer, which makes these investments especially expensive. Companies that are looking to establish themselves to a network scale better make sure they also have VCs with deep pockets. Last year, AirBnB lost over $150 Million and is on the track to losing $200 Million this year according to PrivCo. This leaves us with the question, when will they actually start making money? Are they even positioned to capture the value they are creating?

With these potential risks while also facing significant regulatory issues, it is hard to say whether AirBnB’s network effect play is really going to turn out as a success in the long run.

Tribe Vibes: The Cult of SoulCycle