The Houseparty mobile application has seen an impressive 1072% increase in downloads across March and April after the worldwide spread of coronavirus and subsequent rise of social distancing. The application allows multiple friends and family to leisurely video chat with each other on the platform by joining together in a virtual room. Apart from chatting and drinking with each other, participants can also play games, such as trivia or “quick draw” or share their phone / desktop screens. For example, users share their screen to watch movies or tv shows together. As society is forced to stay home in many places, people have started replacing their social life with Houseparty to stay connected. It has seen popularity across age gaps, from college students to the parents of these students.

After signing up with the application, users can connect through Facebook, Snapchat, or their contact list to find their friends. A total of 8 friends are allowed to chat at one time and users have the option to lock the room for privacy. If you do not look your room, other users can see who you are conferencing with and choose to join without permission. If you turn on your push notifications, you get an alert every time a friend signs in to Houseparty (“enters the house”). The simple design of the application makes it very easy and intuitive for individuals to learn and use (refer to figure one). While many video conferencing applications have gained popularity during this period, Houseparty is different to that of Zoom and Google Hangouts as it caters to more fun and leisurely social interactions vs. professional related. 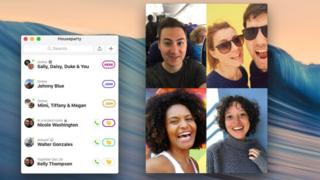 Global downloads have been crazy for Houseparty, with it ranking as the top downloaded application in many countries, including the UK and Spain. Figure two shows an example of Houseparty downloads in one week in March. As users look to socialize with each other, they spend on average approximately 60 minutes on Houseparty per day. The platform’s main source of revenue used to come from add-ons such as playing games, however due the outbreak of coronavirus, the developers have decided to make these extras free for participants. Unlike many mobile applications, Houseparty refuses to have advertisements as to create a clean and desirable interface for consumers. 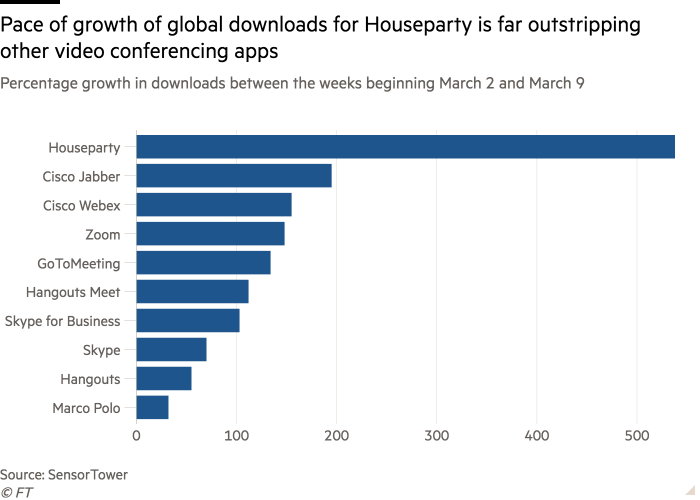 What is interesting is that after strong growth in 2016, when. it was developed and 2017, in 2018, user growth started to level off, until now. It will be critical to see if Houseparty is just another coronavirus fad or if they can sustain their new-found success well beyond this difficult time.

Houseparty made a very smart move last year, when it decided to partner with talk-show host, Ellen DeGeneres and mobile game, Heads Up (refer to figure three). The alliance has helped offer more exciting programs for users to enjoy, as well as provide branding for both applications. It also provided a way for Houseparty to monetize the application, by giving users the option to purchase add on in the game. Going forward, I believe partnerships at this level will be very important for the sustainability of Houseparty. It will help drive new user growth, retain customers and have them on the application for even longer. Examples of different partnerships they can engage include with Spotify, so consumers can listen to their playlists with their friends or more gaming platforms. They can allow users to play board games with each other, like Monopoly or Settlers of Catan. This can also be an important source of revenue for the company, since they are now offering everything for free for the foreseeable future. Having no income will be a challenge for Houseparty and to remain healthy in the future they will need to continue finding creative ways to charge customers without relying on advertising dollars. Moreover, have celebrity endorsements can be good way to keep attracting younger users on to the platform, as they did with Ellen DeGeneres. 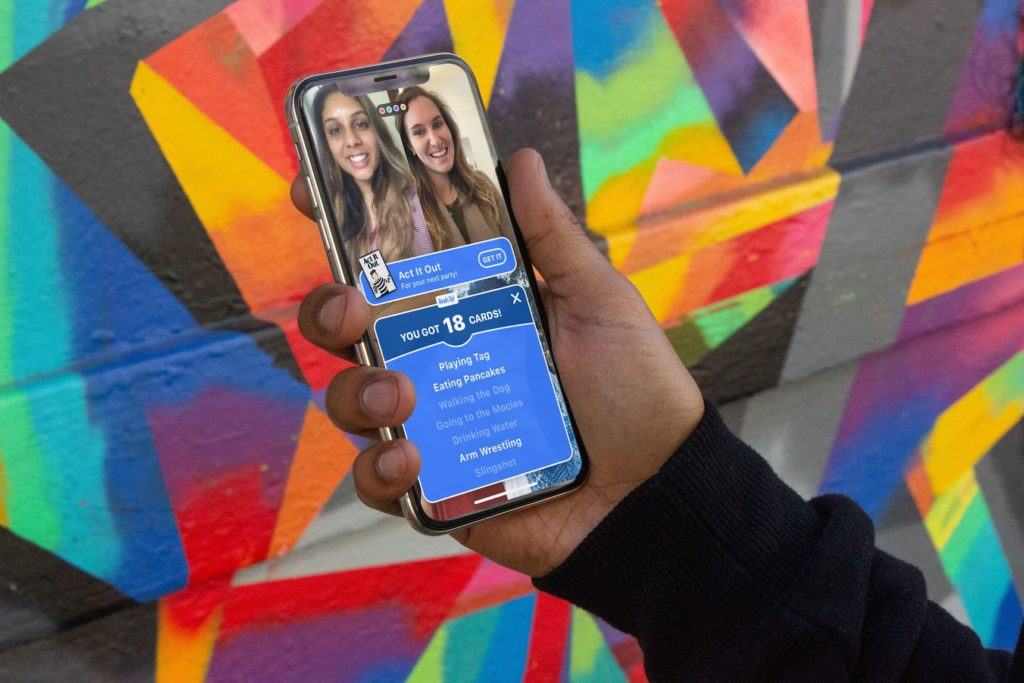 Over the last couple of months, the application has also been the target of many rumors that discussed a potential security breach. Several users complained that after signing up with Houseparty they saw hackings on other applications on their phones, such as Netflix and Whatsapp. Although there has not been any concrete evidence on this front, numerous users deleted the application. Houseparty has profusely denied the claims that their application is unsafe that the rumors were likely the result of a commercial smear campaign. To capitalize on the strong growth it has seen, Houseparty will need to do a better job of addressing privacy concerns, whether it is through better marketing or improving the system on which the platform is built.

Another key area on which Houseparty can look to improve is on its system capabilities. Currently only eight users can chat with each other at one-time. But with the rising popularity in other applications, such as a Zoom, this may need to change. As we have seen during our move to online classes at Harvard Business School, Zoom offers the capability of hundreds of individuals of video conference together. Houseparty may look to upgrade its capabilities to find ways of matching the advantages of its competitors.

In conclusion, Houseparty has seen remarkable success as men and women are locked up in their houses around the world. I believe it will be a fad that will slowly drift away unless Houseparty continues to innovate and provide more ways of attracting users to its platform. They have a strong surge in demand that they should look to capitalize on immediately before users start to move away from the applications.

TraceTogether – the virus tracking app that has been a big winner out of the COVID-19 pandemic – but will YOU be the loser?