The Direct to Consumer fight is going to be a competitive one, particularly since tech giants such as Facebook, Amazon, and Apple [1] have been making investments into content creation and aggregation – both of which were formerly media company-first areas. Disney is a little late to the game since they continued to rely on cable and other traditional mediums and participated in streaming services without creating their own. However, it’s clear that they have been disrupted by the Hulu’s and Netflix’s of the world, so it’s time. That being acknowledged, I believe Disney is in an amazing position to win this fight because of their high quality content as a competitive edge. In order to address the challenges ahead, they need to be unafraid to step into a world where they may initially need to cannibalize some of their more established business pursuits. 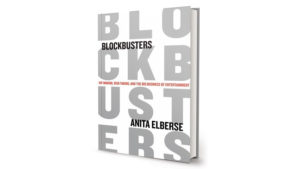 For anyone who has taken Professor Anita Elberse’s Business of Entertainment, Media, and Sports class, you don’t need to be told that winning at content is founded upon the creation of big blockbuster hits and the ability to win consumers on these big events as opposed to aggregating a lot of decent but not amazing content (aggregation theory – more Netflix’s strategy). Disney and even non-media companies like Apple have taken this strategy (e.g. with their conferences and product releases), and have proven to be wildly successful. Instead of having a lot of mediocre to good products, they focus on putting all of their resources towards making a handful of really amazing ones.

What I’d like to see for Disney, is for them to create a Direct to Consumer experience (which they already on their way to do [2]) that is really *magical*! Luckily, this is their forté.

I’m envisioning a product that solves the following issues that I believe have arisen from the introduction of cord cutting, streaming services:

I think part of the reason Disney has not already pursued this is due to their deals with cable companies tied to ESPN. It is well known that ESPN is a huge part of why some consumers keep their cable subscriptions instead of cord cutting [3].

Additionally, they have shied away from leaning into streaming services because they are one of the only companies who can still charge $20 for a single movie in any format (parents are willing to by The Little Mermaid at any cost – some even still use passed down VHS’s). If they aggregate all of their content, it might be worth less than if they continue to pursue more traditional paths (i.e. DVDs, iTunes sales).

Overall, this has to be an uncomfortable move, especially since in the interim they are still doing OK with these sales. However, this isn’t a sustainable solution, especially as competitors beef up their own studios and content purchases within these streaming services.

Disney is the best company to solve these user pain points stemming from what’s missing from streaming services between the content and the container.

Part of the issue with implementing this interdisciplinary effort, is that it requires a company that is spread out geographically and seemingly culturally to come together. For example, ABC and ESPN are in New York and Connecticut, but headquarters are in LA. There may need to be some colocating efforts. Additionally, there will be some initial cultural friction, but through this will come learning and growth. Given that all of these divisions are under the Disney umbrella, and all want to see it succeed, I have no doubt that they will work through these barriers. 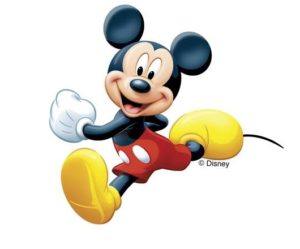 Brewing a Successful Future at Nespresso?

Student comments on Disney is Going to Win D2C