In 2014, Google (now Alphabet) purchased a little-known startup based in London, England called DeepMind from $600 Million. Since then, the company has gone on to redefine what is possible with data and artificial intelligence.

DeepMind was founded in 2010 by Demis Hassabis, Shane Legg and Mustafa Suleyman, it was spun-out of research from University College London’s Gatsby Computational Neuroscience Unit. The company’s mission is to ‘solve intelligence’, which involves creating general-purpose algorithms that can learn to do different types of things; a capability that has alluded the leaders in the study of machine learning since its inception.

In its early days, DeepMind did not display many of the characteristics that investors often want to see in fledging technology startups. The team was almost entirely research and engineering focused, with little thought given to commercialization, in fact they never attempted to build a product before the acquisition. Yet, that did not stop luminaries such as Elon Musk and Peter Thiel being amongst the company’s first investors – so groundbreaking was the founder’s vision.

The concept of Artificial General Intelligence (AGI) is hugely ambitious. Most functional machine learning applications are preprogrammed and then fed lots of data to make predictions (supervised learning) or to cluster groups together (unsupervised learning). Many believed that machines could not simply learn from data without any pre-existing programming or understanding of what it was supposed to do or what it should look for in the data. The implication of preprogrammed algorithms is that any time you want it to do something else, you will have the start form scratch. Yet in early 2015, DeepMind built an algorithm that became the best Atari Space Invaders player in the world, before turning its attention to Pong; after one hour, it was the best Pong player in the world… one algorithm became perfect at two very different games… and five more after that.

After this, it did not take long for Google to part with $600 Million for a company that had no revenue and no products. Following the acquisition, DeepMind remained independently run, and continued to defy popular consensus on the power of and time horizon for AGI technology. In October 2015, DeepMind produced AlphaGo, a program that they intended to become the world’s best Go player. Go is widely believed to be the most complex board game in the world, with more board compositions than atoms in the known universe. AlphaGo defeated some of the world’s best Go players comfortably using a mixture of supervised learning, and a novel approach called ‘reinforcement learning’ that involves an agent learning from its environment as it goes, without any initial data. 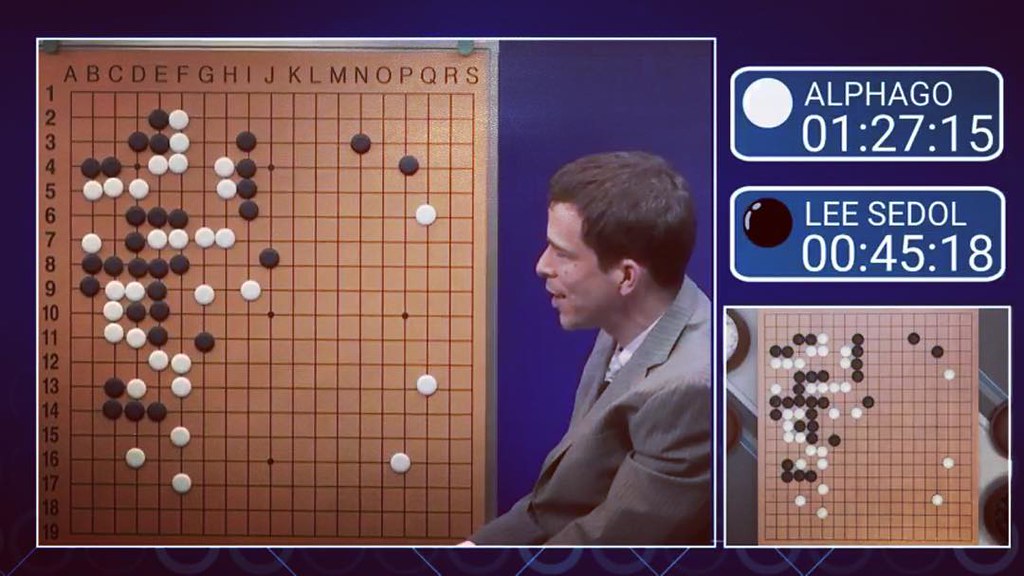 From there, DeepMind produced AlphaZero, which defeated AlphaGo at Go 100 to 0 using only reinforcement learning and no human training data. It also did so after only three days of practice (AlphaGo needed months) and a fraction of the computational workload. While all of DeepMind’s accomplishments have been groundbreaking, AlphaZero is particularly notable; it mastered the hardest game in the world by teaching itself, without any initial training data from human players. There is a certain irony in this; the world’s most powerful data company, Alphabet, owns the world’s most advanced machine learning algorithms that require no initial data to learn.

But has AlphaGo actually captured any of this value? The answer is yes; within a year of acquiring DeepMind, Google put DeepMind algorithms to work, resulting in a 40% reduction in energy consumption within Google Data Centers; some have speculated that this alone could recoup the money Google paid for DeepMind.

More recently, Google’s cloud business announced a new service that converts blocks of text into natural-sounding speech, the first product containing DeepMind work that is for sale. DeepMind has also played a role in personalizing app recommendations in Google’s Play Store on Android devices. Beyond just propping up Google’s business, DeepMind itself has also signed multiple Services Agreements with the National Health Service in the UK to find insights in large scale health data.

Could Alphabet Cannibalize its Data Advantage?

What is of particular interest for the future is how far DeepMind can go with reinforcement learning, and what applications it will have. Alphabet’s largest defensible moat is its vast amounts of data and feedback loops. In a world where machines don’t need human data to learn ‘human’ skills, how will this affect Alphabet’s core business?

Student comments on DeepMind: Who Needs Data to Learn?