Capcom has been one of the most important video game developers in history with many storied franchises, such as Street Fighter, Mega Man, Resident Evil and Devil May Cry, which have defined entire of games.

The developer video game developer is the most important component of the video game value chain as they are the company responsible creating the the video game itself. They create the characters, write the story and create the video game program themselves. Originally publishers outsourced a large portion of development of game to third-party developers and paid that developer a royalty for the rights to distribute the game, but as video game production has become a bigger and more expensive business, many publishers, including Capcom, have become developers themselves [1]. Video game development has come a long way since the days of Pong, becoming larger, more complex productions; some of the biggest games cost as much as blockbuster movies such as 2014’s Destiny, which reportedly cost around $500mm to develop and market.

As a developer and publisher, Capcom captures value primarily by selling its games through either digital distribution, like the Playstation store, or through physical distribution through stores like Best Buy or Gamestop. It pays the video game platforms a licensing fee for access to console (Playstation, Xbox, etc.) support and also pay either the virtual store a percentage of the sales or sell the physical game at wholesale prices. [1]

Resident Evil is the most storied franchise in the survival horror genre beginning with the first game in the franchise released in 1996 and continuing with Resident Evil 7, released in early 2017. The franchise as a whole has sold over 76mm games over its current lifetime. Although the storyline has shifted over time, the series puts the characters in various situations where they face off to survive the aftermath of a zombie outbreak. Resident Evil 1-3 focused heavily on the slow pacing of a horror game, with many sudden surprises and moments of both quiet and action, simliar to a horror movie. Resident Evil 4-6 slowly shifted the game towards a more action oriented nature, featuring more consistent action and heavy gunfighting compared to earlier titles. With the game evolution, the camera also has changed over time, starting with a wider panning third-person camera and shifting to a over the shoulder camera approach beginning with Resident Evil 4, making aiming much more accurate with its action pivot.

Resident Evil 7 re-defined the genre again, returning it to its survival horror roots and importantly shifting the perspective to a first person POV. The game was released in both standard game format as well as exclusively in VR for the Playstation VR. The first person perspective was key to embracing the VR aspect, and Resident Evil 7 was one of the first full-length games for the PS VR which showed the power of the VR platform. The horror genre was perfect for showing off the power of VR, putting players right in the center of the action and immersing them in the experience. 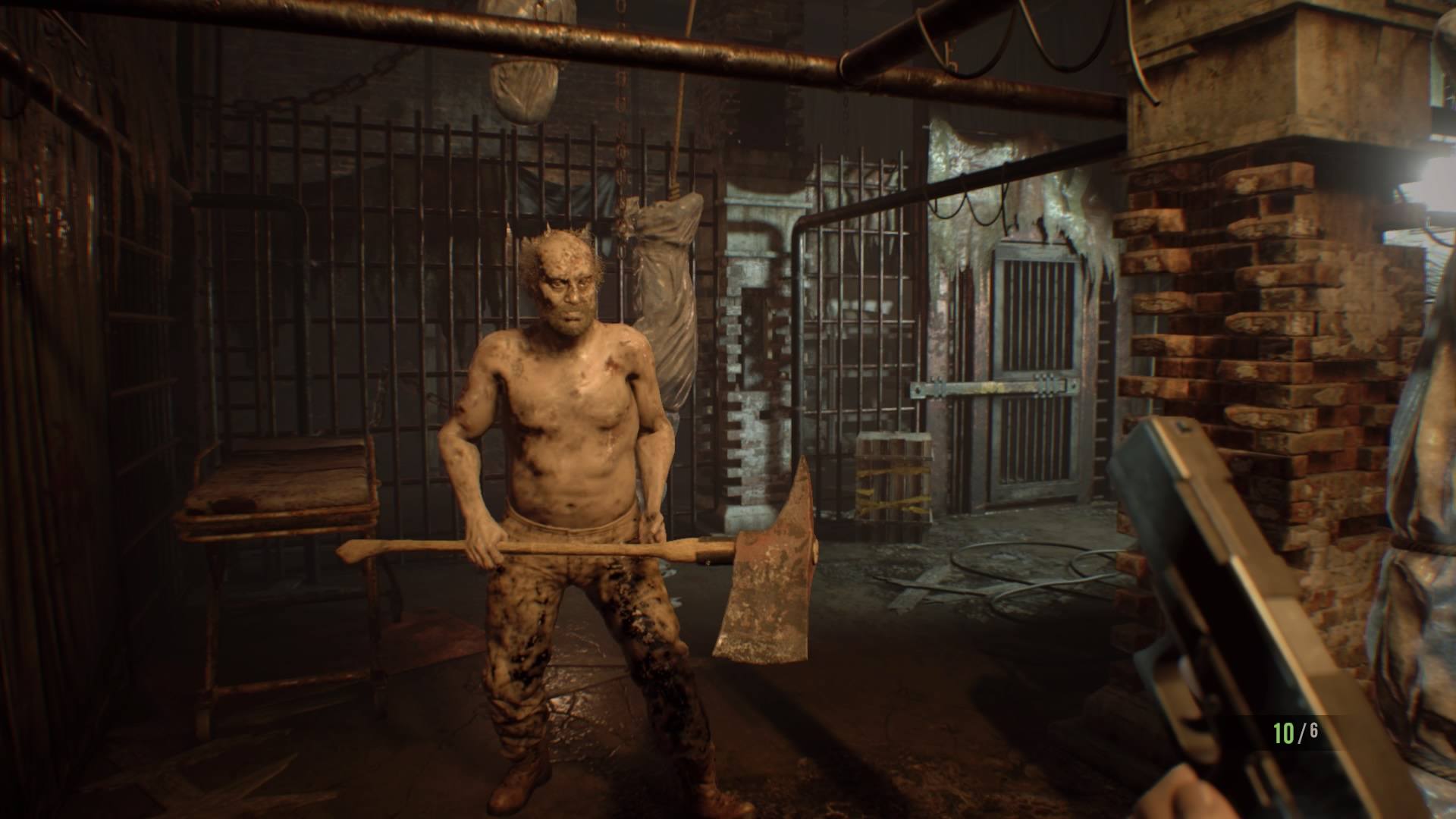 YouTube has been filled with video of people playing the game in VR, which largely involves them screaming and jumping constantly playing through what is described as one of the scariest video game experiences ever. Seeing the physical reactions of player playing VR has been a popular spectacle, helping perpetuate the VR aspect of the game. [2] Although the game is scary in its own right, the ability of VR to immerse the player into this horror world (not to mention preventing you from covering your eyes) as there is no ability to look away; regardless of where you look you are fully in the horror mansion that is the game’s setting. [3] 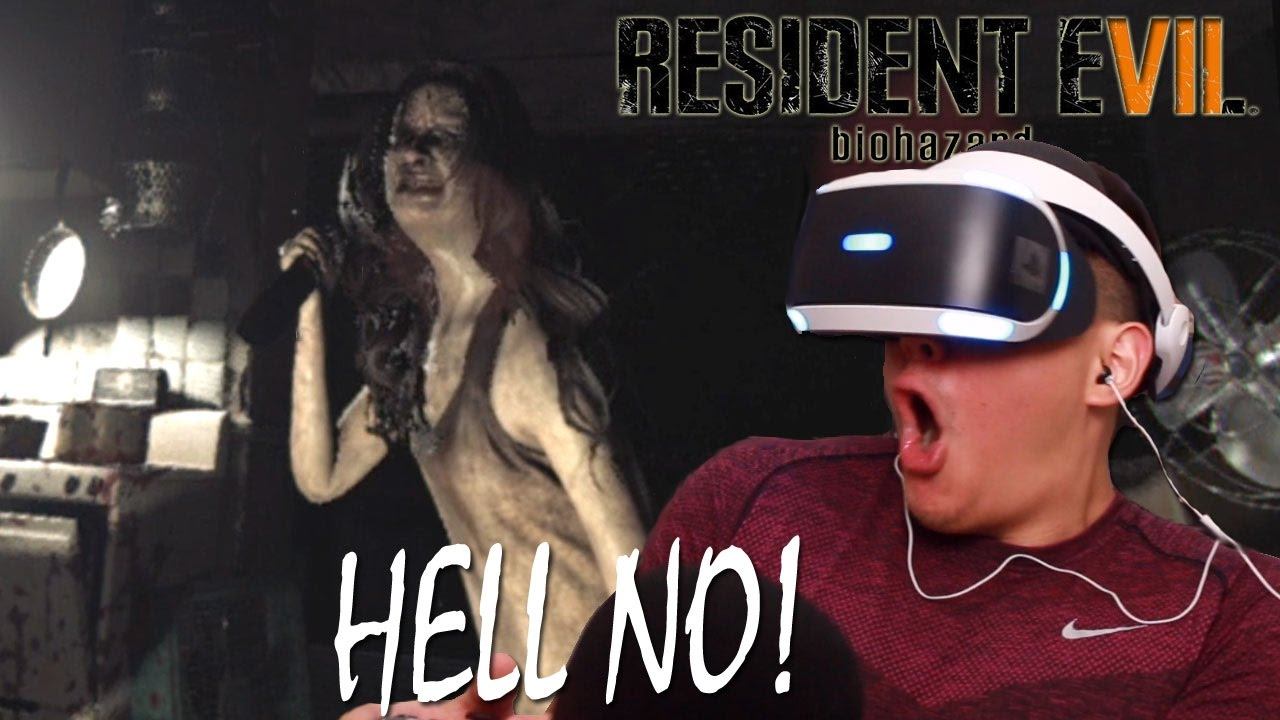 Full-Length VR Games as the Future

Although the PS VR is still early in its adoption, the buzz around the VR aspect of Resident Evil 7 as the scariest gaming experience that people have ever experienced has helped propel the game to over 3.5mm of worldwide sales as of April 2017 [4]. Previous VR experience such as Job Simulator, Batman: Arkham VR has been developed with VR in mind in short-length games. Resident Evil 7 VR with the same 10 hour story as the non-VR version of the game, has helped prove the valuation and viability of VR gaming for PS as more than just a gimmick, but that VR can be an enhancing feature of storytelling. [5] This feature allows developers like Capcom to deliver a more valuable gaming experience to its customers, allowing them to both sell more copies of its games as well as monetize customers to a greater extent. Games such as Resident Evil help developers prove out VR as a new form of storytelling, allowing them to transition the medium from a niche novelty designed just to show off VR features to a full-fledged gaming experience with deep and rich stories which fully utilize the power of VR to immerse users in a whole new world. 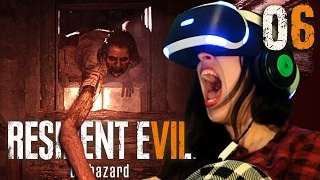