Developing biopharmaceuticals (drugs) is expensive and time-consuming.  For example, developing a drug in 2010 took 10 years[i] and cost $2.6B[ii], 145% more than 10 years earlier.  This is because in the traditional drug discovery process, chemists sift through millions of compounds of which only a fraction are approved[iii] – for every 25,000 compounds that start in the laboratory, 25 are tested in humans, and only 5 make it to market.[iv] 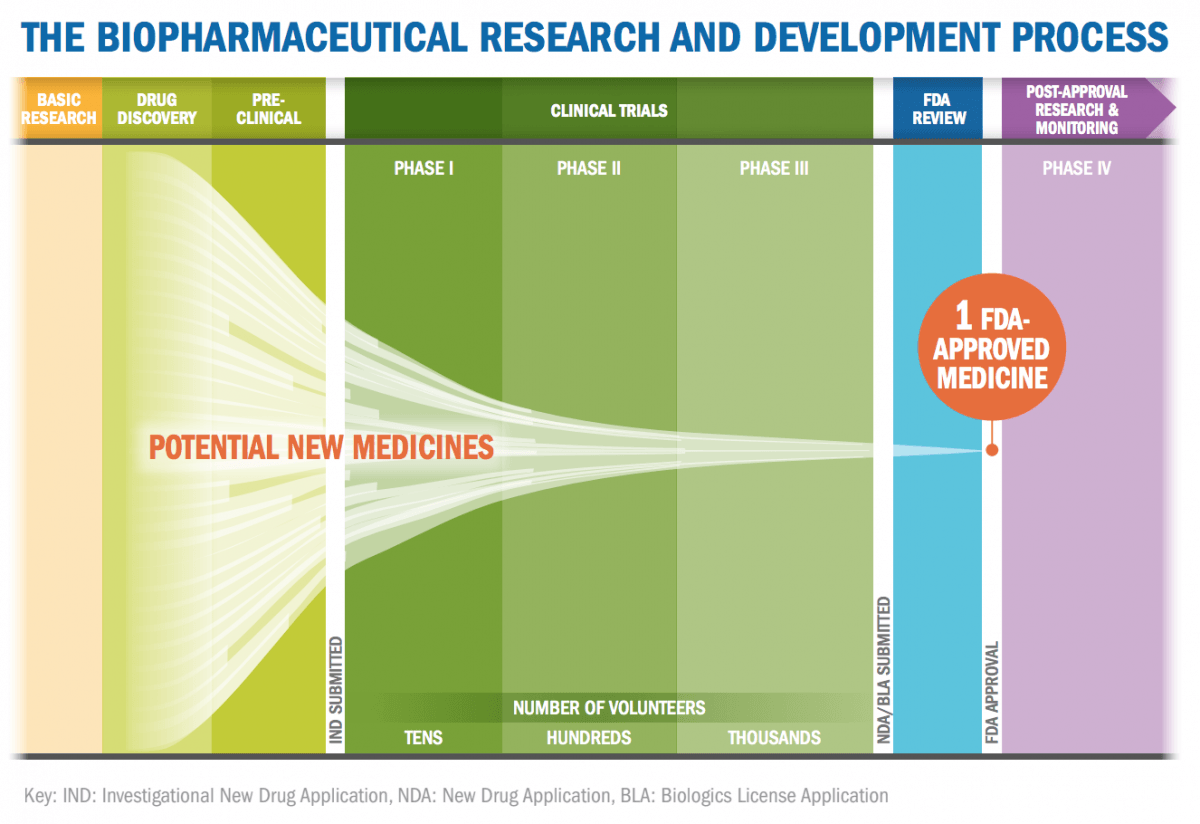 However, advances in deep learning and artificial intelligence (AI), availability of big data, and cheaper computing power are revolutionizing the drug discovery process.  They can make the cost of discovering drugs 50% cheaper[v] and reduce the time it takes from identifying a target disease to finding a molecule that acts against from 5.5 years to just a year.[vi]

A trailblazer in this space is BenevolentAI, valued at $1.7B within five years of launch.[vii] BenevolentAI uses AI to mine and analyze vast amounts already-published biomedical information, from clinical trials data to academic papers.  The company’s director, Jackie Hunter believes that “There’s a new paper out every 30 seconds. This is a huge amount of information that isn’t being used for discovery and development of new drugs.” [viii] Moreover, for researchers, assimilating this data and identifying meaningful hypotheses from it would be extremely challenging.  To solve that, an architectural innovation is necessary, and that is BenevolentAI’s value proposition – instead of trying to discover a new compound from scratch, BenevolentAI uses its AI system to try to find new drug candidates from existing information and new potential uses for existing drug candidates.

Thus, there are two ways in which BenevolentAI creates value.  One, it identifies molecules that have failed in clinical trials and predicts how those same compounds can instead be more efficient in targeting other diseases.  Second, it uses the predictive power of its AI algorithms to design new molecules, and extract new hypotheses based on over a billion relationships between genes, targets, diseases, proteins, and drugs.[ix]  Both these propositions make the drug discovery process more cost and time-efficient, creating significant value for the biopharmaceutical industry and the healthcare ecosystem.

Not only is BenevolentAI creating value, but it is also capturing some of it.  First, BenevolentAI has 24 drug candidates in just four years – significantly faster than traditional drug discovery.  Second, BenevolentAI signed an $800 million deal in 2014 to hand over two Alzheimer drug targets to an unnamed US company for development and will take a cut from the profits if its drugs are developed and sold.[x]  Finally, last year BenevolentAI reached a deal to license the right to develop, manufacture and commercialize a number of novel clinical stage drug candidates from J&J.[xi]

BenevolentAI’s ability to create and capture value, as described above, will continue to grow rapidly with better deep learning algorithms, robust bioinformatics databases, and higher computing power.  Consequently, it (and its peers) may altogether replace the drug discovery teams of traditional biopharma companies, as has been foreshadowed by several collaborations in 2016-17 between AI-based drug discovery startups such as Exscientia, Numerate, and Insilico Medicine, and traditional biopharma companies such as Pfizer, Genentech, and GSK.[xii]

That is what makes BenevolentAI a winner.

[iv] Drug development: the journey of a medicine from lab to shelf, Ingrid Torjesen, May 12, 2015, http://www.pharmaceutical-journal.com/publications/tomorrows-pharmacist/drug-development-the-journey-of-a-medicine-from-lab-to-shelf/20068196.article, The Pharmaceutical Journal, accessed 28 Jan 2018

Amazon | To Go Or Not To Go

Fitbit: From Winner to Loser