Imagine a world where the Axis powers had won the Second World War. A now-divided America is split into two puppet countries with sworn allegiance to Nazi Germany (dubbed the Motherland) and the “Japanese Pacific States”.

The previous line describes the plot of “The Man in the High Castle”, a groundbreaking parallel-universe fantasy drama TV show that was met with extraordinary success. “Nihil novi sub sole“, some might say. This is just Hollywood going at it again, doing what it has been doing best for the past 50 years. Well… not so much. The Man in the High Castle stands as a new breed of internet-enhanced media production, one made by and for the masses, or as the term had been coined : the crowds.

Amazon Studios, started in 2010, is the digital behemoth’s entertainment arm that focuses on developing, distributing and producing TV shows and movies from online submissions and crowd-sourced feedback. Anyone can now submit scripts online to Amazon for review, while said review takes place within an average of 90 days. Chosen projects grant their writers a check of $10,000. Income increases if development leads to distribution and fully-fledged media content, including a revenue share on all net receipts from merchandising licensing.[1]

Amazon Studios has in a matter of years, become a strong disruptive force in the world of media production. This all relied on a simplified internet-reliant process. While anyone can submit scripts and concepts, another set of individuals is tasked with providing feedback and running test footage. Then, Amazon Prime users are presented with the opportunity to watch “pilots” for free and vote on which should warrant a full season. Through this disruptive initiative, Amazon has pulled back the curtain on the often-mysterious development process of Hollywood. It has been able to gain a diverse set of perspectives, perform in a tremendously cost-effective manner (in an industry that is not known for its frugality) and elevate its users from passive consumers to active contributors. While, the focus here has been on sourcing content through the crowds, it is worth mentioning that the company’s deep pockets and formidable marketing and distribution capabilities; made this endeavour a natural extension of their legacy businesses. 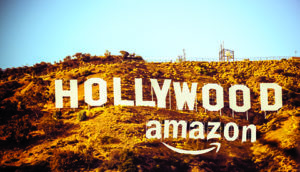 Critics however, remind us that in a world with so many claims on people’s time, it is hard enough to make time for shows that have actually been produced. They question whether Amazon users will keep up with watching pilots that may never get picked up. Many pundits saw Amazon’s recent more “straight-to-series” orders, as a direct confirmation of the previous claim. Has the time already come to pull the plug on the public pilot process? Was the crowdsourcing process just a short lived marketing stunt? These are questions the newly-appointed female CEO will have to address head on very soon.[2]

If you think that humans are still better performers than computers, then watch out for Amazon Studios. Hollywood is about to change, and a company with a four-figure share price might have just proved that there is room for growth.

Crowdsourcing Your Next Chip Flavor: Lay’s “Do Us A Flavor” Campaign