Our favorite idea for Addis Ababa is the creation of a birr-denominated real estate investment fund. Ethiopians are rapidly accumulating wealth and approaching the point in which a critical mass of individuals are seeking investment opportunities for their capital. Currently, there are no meaningful investment opportunities within Ethiopia which has resulted in wealthy individuals parking their money in three, four, or even five homes in Addis Ababa. A birr-denominated fund would harness this capital to invest in high quality, in-demand commercial real estate.

The fund would function through either the Central Bank or commercial banks. Individuals could deposit their capital into the fund. Professional investors would then carefully allocate the capital to reputable developers pursuing projects in targeted segments (i.e. office, affordable housing, etc.) through equity or debt contributions. At the end of the life of the fund, returns would be distributed back to the initial investors and a new fund would be raised.

What it Solves For: 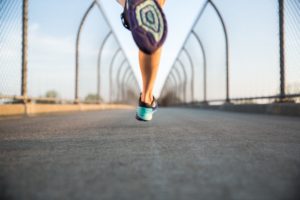 What blockchain can’t do 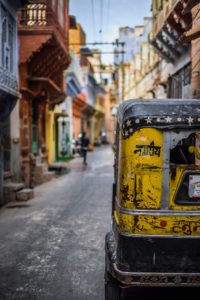 One of the primary issues developers face in Ethiopia is the inaccessibility to construction loans which is largely caused by the closed financial sector and the government prioritizing other sectors. This causes significant construction delays and deters many players from entering the market. If developers do secure financing from outside of the country, there is significant currency risk in a non-birr denominated loan due to currency depreciation. This fund would provide a source of capital to developers to complete projects in a timely fashion while avoiding currency risk.

Another reason why we believe this fund would be effective and popular is because it increases the wealth of the Ethiopian people while furthering the country’s economic development. A new policy requires any firm operating in the country to have a physical office in the country. Due to this policy, the lack of existing properties, and unattractive financing options, there is an extremely high demand for quality office space. Ethiopians profit from the investments through the fund as well as benefit from the economic development resulting from high-quality commercial real estate.

The creation of a fund like this requires regulatory changes for the financial sector, either through the government managing the fund itself through the Central Bank or pension funds or through allowing more capital flow freedom. The financial sector is in the midst of changes as Addis considers the first Ethiopian stock market. Banks currently do not have an incentive to create new products, such as this fund, because they are producing high returns and annual dividends of over 10%[i]. Assuming the continued liberalization of the financial sector, this could be an incredible opportunity for a new banking entrant.

Multiple professionals in the country mentioned the Access Development scandal in which an international developer left the country with millions of dollars[ii]. There is a general distrust of developers and the real estate sector as a whole, particularly those with more sophisticated or complicated financing structures. This fund would likely face skepticism and resistance rooted in fear and long-memories. To combat this, the government must champion the effort in order to reassure the public and potential investors. There is also must be world-class transparency and financial management of the fund, particularly in the early years to prevent corruption and reassure investors of what is happening with their money.

This fund would increase Ethiopia’s financial sophistication, build wealth of individual Ethiopians, and provide much needed capital and focus for commercial real estate, an important driver of economic development.

Our idea is to pool Tanzanian consumers in order to provide them building supplies on credit along with instruction on how to utilize and construct durable housing. This method allows consumers to build all at once, and doesn’t require that they change their behavior dramatically.

The consumer would go to their local agent and express interest in building an attachment or annex. The consumer would then be pooled with nearby neighbors or friends. The building supplies manufacturer would offer this pool the required building supplies along with training on how to use them. The offering would be on credit and the consumer would pay the balance over time, with interest. A default within the pool would trigger default for the entire pool so pooled consumers can ensure each other’s credit.

What it solves for:

Tanzania is experiencing a significant housing shortage estimated at close to 3 million units[iii]. This shortage is caused by a rapidly urbanizing populace coupled with a lack of commercial activity in the affordable segment due to undeveloped mortgage markets. Consumers can’t get loans and therefore can’t buy houses. This lack of demand makes developers are unwilling to build. The government has stepped in with National Housing Corporation (NHC) engaging in direct construction of affordable housing; however, NHC’s impact has been positive but limited.

We observed that the Tanzanian housing consumer:

This method allows the Tanzanian consumer to maintain their current behavior all while improving building outcomes and increasing the accessibility of building supplies and thus housing.

Major risks involve introducing credit to a population that has a low level of financial sophistication. It is conceivable that if credit risk is not managed and people do not receive financial literacy education, they may overbuild or end up taking on more liabilities than they can repay. To address this risk, there should be controls on pool sizes and a basic form of income verification.

Another risk is that incremental, bungalow style housing will start to contribute to urban sprawl within the country. While we understand that this is a problem, we realize that a lack of housing is a more pressing issue than urban sprawl. Moreover, we can seek to alleviate this issue by offering attractive terms to those who build attached, more dense housing.

Another idea that we recommend is for the creation of a funding mechanism to provide mortgages at below-market interest rates to low-income Tanzanian individuals who want to purchase affordable homes. We like this opportunity because it provides mortgage financing to low-income people, which is a segment in Tanzania that is largely shut from the mortgage financing market because of the prohibitively high interest rates currently charged by banks; for reference, these interest rates range anywhere from 15% to 20%[vi] annually which is too expensive for any individual.

We envision the creation of a partnership between an international development bank, a local Tanzanian commercial bank, and a real estate developer with sufficient experience in the building of affordable housing units.

The funding mechanism would work as follow: i) The international development bank provides a soft loan to a local commercial bank (the soft loan would be in the form of very low interest rates and long maturity dates). ii) The local bank then lends money to low-income individuals who meet certain income thresholds to qualify for the loan program. The mortgage would be provided at interest rates that are significantly below the prevailing market interest rates . iii) Finally, the individual uses the money from the bank to purchase a low-income house from a pre-qualified real estate developer.

What it Solves For:

As mentioned above, this severe affordable-housing shortage of 3 million units is partly explained by the current high cost of mortgage financing. Since the mortgage interest rates are too expensive for low-income earners, this is keeping out the low-income individuals from seeking bank financing to buy homes, thereby decreasing the demand for affordable housing. The urbanization and growing population trends in Tanzania and the current supply point to a need for a lot more affordable housing projects; however, because the low-income earners (end-users) are unable to seeking financing and buy homes, the real estate developers are not focusing on the affordable housing sector, thus leading to the shortage in homes. If the financing dilemma is resolved, we believe that that would increase the ability for low-income earners to seek mortgages to buy homes. The resulting increased demand will encourage real estate developers to build more affordable loans, thereby helping drive down the housing shortage.

We believe there is a key issue that may prevent this program from taking off. This funding program will require a significant amount of capital to have a meaningful contribution and such amounts of capital may not be available for disbursement by the development banks to local Tanzanian banks. For instance, to fund a program for 100,000 homes which equates to just 3% of the 3 million housing shortage, this program will require capital of approximately $1.5 billion. It also does not solve for broader relocation barriers such as community displacement, transportation/commute times, or housing preferences.

What Investors Need to Do

Despite competitive dynamics, investors and operators must organize and work together. These initiatives have begun in Tanzania, where an industry-wide, non-profit real estate development body has been founded by National Housing Corporation Director General Nehemiah Mchechu. However, this is only the first of many necessary steps in Tanzania, and is a step that is still needed in Ethiopia.

Industry bodies help facilitate the exchange of ideas amongst professionals, orient industries toward specific goals or trends, maintain quality standards and import best practices from outside the market in question. They can also serve as useful mouthpieces through which entire industries can speak to relevant players (communities, regulatory bodies, other industries, etc.) with a single, cohesive voice. Executing the ideas expressed in this paper will require a significant amount of effort. Having an agreed-upon platform of ideas toward which to push and a recognized means of applying pressure is very important.

Commercial real estate investors and operators in Ethiopia and Tanzania must behave in similar fashion. The ideas in this paper will require a variety of changes, potentially including the introduction of individual consumer credit reporting, considerable changes to the ways in which financing is delivered, and the creation of  functioning capital markets (Ethiopia does not have a secondary market in which investors can trade stock or debt). Enhancements in technology, changes to accounting and reporting, the identification of individual consumers and their addresses of record and an overhaul of the regulatory regime will be necessary.

No government is immune to inertia. Industries across the world have had to educate consumers, governments and communities on the benefits of embracing certain changes. This is an extremely important step for the industry in both Ethiopia and Tanzania.

Investment comes in many forms: time, money, effort, etc. One of the most important contributions that the industry players in Ethiopia and Tanzania can make is to contribute to the communities in which they wish to thrive. A keen focus on hiring Tanzanian citizens of non-immigrant origin rather than expatriates, training employees both internally and abroad (such as sponsoring them for executive education courses and MBAs/masters degrees), investing in the families of employees (primary and secondary school scholarships, healthcare, etc.), establishing foundations and otherwise contributing directly to the society that hosts the company are all important ways that this can be accomplished.

Another very important way would be to increase the focus on affordable housing for the bottom of the pyramid. This represents a direct investment in the sense that it is difficult to make any profits on such endeavors, but doing so represents a public relations victory that can endear a commercial real estate player to both the government and the community and open up significant opportunities. Regulations in the some urban municipalities in the US (like New York City) require developers of luxury real estate to allot a certain percentage of each development to applicant who qualify as low income, and rent changes in such units are strictly regulated. The need for affordable housing is even greater in Ethiopia and Tanzania, and so real estate companies must be commercially and philanthropically visible in their host societies at all times.