Xiaomi, a Chinese smartphone manufacturer, has gone from zero units to 61M in 2014, with projected sales volume of 100M in 2015 (1). It became the #3 smartphone manufacturer worldwide in just three years, behind Samsung and Apple and has been heralded as “the Apple of China”. Its secret sauce? A direct alignment of its innovative operating model with its business model.

Xiaomi’s business model is selling low-cost, hi-spec smart phones to consumers. Its price is much lower than other Android phone manufacturers such as Samsung and HTC. Its flagship smartphone, with its sleek design and advanced hardware, only retails around $300, while its affordable Redmi family is priced sub-$150. The business has been successful because it built a community of fans, who co-created the design (2), and further monetized its user base with additional product and services after the initial phone sales. Xiaomi is currently valued at over $46Bn USD. (3)

Xiaomi started in 2010 by creating a community on the Mi Forum (with over 40M users), where it sought consumers’ advice on the design of the first Mi2 phone. In fact, Xiaomi refers to its consumers “fans”, and actively engages them both online with different contests and offline with frequent festival celebrations. Fans are encouraged to post pictures with their Mi phones, give live feedback on features, and offer ideas for new products. In turn, Xiaomi promises immediate responses, and bugs are usually addressed within a few days. Given its large community, Xiaomi is able to get immediate feedback on new products, crowdsource design ideas, and monetize on other services and products, such as the mascot plush toy, t-shirts, and gloves.

A big contributor to its profitability is its introduction of new products through online pre-order “flash” sales, which is usually a highly anticipated event in the community. At the phone’s introduction, Xiaomi sets a limit to the number of pre-orders possible, which will often sell out in the first hour or even within minutes. After it has taken its initial set of orders, Xiaomi will then work with Foxconn, its ODM, to build phones. This allows the company to receive advance payment from customers while incurring extremely low inventory costs because products are shipped from Foxconn directly to customers. Xiaomi also has very minimal sales and marketing costs because most advertising is done through its social networks.

The biggest reason why Xiaomi can price its phone so low is its small portfolio of products, each with longer than industry-average shelf lives. Its products sell for 18-24 months, when other Android competitors, such as HTC, have an average shelf life of 6-9 months. For example, the Mi2 and Mi2s are essentially the same device, with a slightly different part and software updates. They were on sale for 26 months. The RedMi 1 was launched in Sept 2013, and they announced Redmi 2 16 months later. As time passes by, Xiaomi discounts the product every 6 months, but because it manufactures its products in controlled batches, at a rate slower than the erosion of inventory costs, Xiaomi is able to maintain a profitable gross margin even as the product sale price decreases.

For a traditional smartphone vendor, the product launches with a high price, but consumer price erodes faster than BOM (bill of materials), and margin declines rapidly after 6 months. Product life usually ends after gross margin reaches breakeven point (at Point2), and they have a shelf life of 6-9 months.

Xiaomi, on the other hand, at launch, sets the consumer price close to the BOM cost, which ensures price competitiveness. At point 2, BOM cost has already declined, Xiaomi limits the availability of devices, and selected device batches are manufactured at the lower BOM cost. At point 3, mass deliveries start when gross margin is high enough, and volume accelerates as BOM cost decreases. At point 4, when consumer price becomes less competitive, they launch an “S” version of the product by upgrading selected components (e.g. engine) and launch at an even lower price. However, at this point, the BOM price has decreased. Overall, the longer product life gives a better lifetime margin.’

Xiaomi can maintain its low-cost smart phone business model because it aligns perfectly with its operating model of active social media community, close relationship with Foxconn, and longer product shelf life. This alignment has proven effective and maintained its low-price identity, allowing it to grow exponentially. Today, Xiaomi plans to enter 10 additional regions and aims to be a global devices manufacturer, introducing new products such as Mi Band, Mi Pad, Mi TV, and Mi Air Purifier. 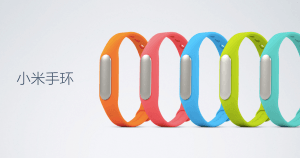