Historical data of the Japan Meteorological Agency (JMA) shows that annual average air temperatures in Japan rose by a rate 50% higher than the global mean temperature rise over the last century. Experts view that Japan’s temperatures are likely to increase by 2°C to 3°C during this century, others view that it could even rise by 4.8°C by 2100. In certain parts of Japan, the availability of seasonal vegetables and certain fish has changed or delayed in some areas. The phenomenon articulates the limits of some plants and animals against climate change and make us fear the potential impact to Japanese culture and industries. For instance, one of the major impact will be on the rice harvest, which will suffer a decrease of up to 40 percent in central and southern Japan. As of today, 60 percent of the nation’s food is imported and a further rise of it’s proportion could impact the food and agriculture industry of the country. (For comparison, the United Kingdom imports about 25 percent of its food, and the United States exports more food than it imports) [1].

To resolve the situation, Tokyo Metropolitan Government (TMG) has rolled out the climate change strategy that involves all sectors in the city (see Table A). The main drivers of the strategy are Commercial & Industrial sector, Residential sector, and Transportation sector. In 2010, the world’s first urban cap-and-trade program was introduced by the Industry and Commercial sector. A series of Green Building programs which requires a thorough environmental qualification for new buildings were implemented by the Residential sector [2].

Table A   History of Development of Major Plans and Programs [3]

For the transportation sector, TMG has set up a ¥40 billion ($330 million) fund to promote the use of hydrogen energy and build up Japan’s ecological technologies ahead of the 2020 Olympic Games. The fund covers the cost of building hydrogen stations, promoting fuel cell vehicles, and providing fuel cells for business and industrial use. Experts view hydrogen as a prime energy source because it does not emit carbon dioxide when burned and emits only water as a byproduct. It also contributes to a new source for energy security after the Fukushima nuclear disaster, because hydrogen can be sourced from all over the world. TMG views this project not only for the Olympics, but also to promote renewable energy to create a sustainable society for the future of Japan.

Since 2013, there have been 105 hydrogen station built nationwide (compared to less than 40 public hydrogen stations in US), over 3,000 gas fuel vehicles, and 2 gas fuel public buses started operation last September. 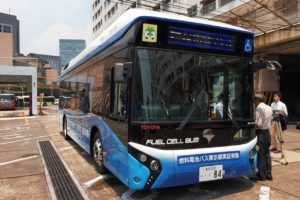 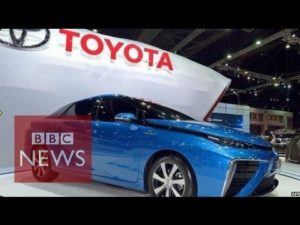 Thoughts for the future

To make hydrogen energy something anyone can use, the whole society must get on board. How can Tokyo Metropolitan Government , Japanese government, and the private sector further spread the vision to it’s people and the world ?

RE/MAX: How to Stay Relevant in the Age of Digitization

Student comments on Tokyo’s surprise for the 2020 Olympics – Hydrogen, the energy for next generation