‘2 SMRT (maintenance) staff killed in track accident near Pasir Ris station’ [1]. This 2016 incident is a poignant reminder of the frailty of safety protocol in the face of operational pressure. In Singapore, average daily ridership had more than doubled over the past 10 years, from 1.4M in FY2006 to 3.1M in FY2016 [2][5]. 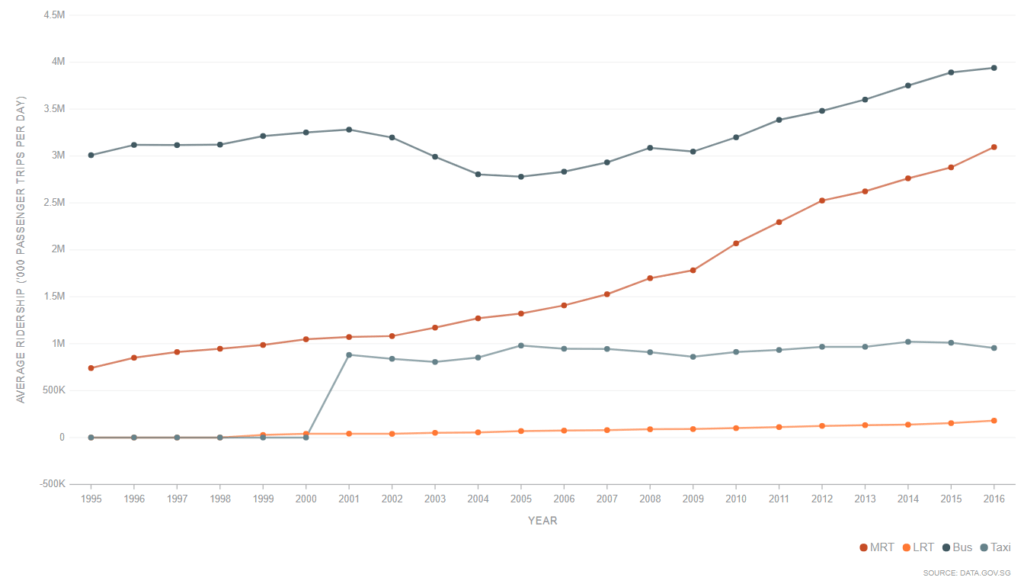 SMRT has managed to maintain a high service reliability of over 99.8%, increasing Mean Kilometre Between Failure (MKBF) for delays lasting longer than 5 minutes from 65,000km in 2012 to 140,000km in 2015 [3]. Yet, the conundrum SMRT faces is that nobody would celebrate these metric-based ‘successes’, because a single breakdown is all it takes to invoke a wide-spread, emotional experience that erodes commuter trust. Beyond that, an incident is often accompanied by huge financial penalty and increased regulatory oversight, following a time-consuming inquiry by the authorities. Case in point, SMRT was fined ~US$3.9M in 2015, the biggest penalty imposed on a rail operator, for the crippling Jul 7 breakdown that affected 413,000 commuters [4].

The context above outlines a clear imperative for SMRT to overhaul its maintenance operations. While then-CEO Mr. Desmond Kuek pointed to aspects of ‘deep-seated cultural issues’ [6], there is an increasing recognition that machine learning could be pivotal for SMRT to future-proof its rail management.

In the short term, SMRT has been investing in a host of solutions as reflected in its financials. Despite a 4% increase in rail revenue from US$473M to $492M, operating margin had declined 23% from US$6.9M to US$5.3M from FY2015 to FY2016, attributable to higher operating expenses from ‘intensive maintenance and renewal programmes of the ageing network’ [3]. SMRT has also begun to position itself for data-driven solutions. Most notably in 2016, a collaboration with the Data Science Division of the Government Technology Agency (GovTech) caught the attention of many when the team solved the mystery of SMRT Circle Line disruptions using data science, presented ‘in a blog post that has gone viral, shared on Facebook even by Singapore’s Prime Minister’ [7][8][14]. 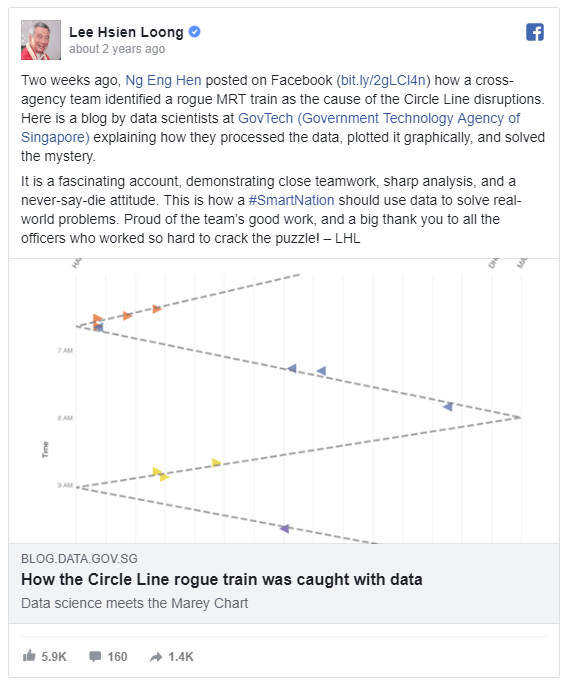 On the longer horizon, SMRT has been setting itself up to move from preventive maintenance to predictive maintenance. In 2017, SMRT signed a 5-year Master Research Collaborative Agreement (MRCA) to collaborate with Agency for Science, Technology and Research (A*STAR) in areas such as ‘modelling and simulation and data analytics’ [9]. SMRT believes that their rail engineers will ‘benefit from the advanced modelling and statistical analytics that A*STAR will provide them’, enabling them to fully leverage the real-time data from their sensors, including the new sensors under development with research institutes and academics. The key idea is to have a model that could predict failure before it happens, and as Mr. Lee Keen Seng (Director, Permanent Way Engineering and Planning, SMRT Trains) stated, ‘With empirical data and data points, the more you know, the more you can minimize unknown unknowns’ [10].

As SMRT continues to advance with multi-agency collaborations, my recommendations would be two-fold. First, double down on internal capability development. This could include setting up an internal data science team and embedding them in ongoing projects to internalize the competencies. Given the iterative nature of machine-learning, an internal team could become an increasingly valuable asset, especially when models need to be continuously refined as more variables come into play. Second, establish a stronger leadership presence in the global community. SMRT had hosted the Community of Metros (CoMet) annual meeting for the first time in November 2016, attended by world’s top metro operators to ‘identify best practices and learn from one another’ [11]. That was a great first step and SMRT should build on the momentum to further establish its credibility. The data-driven solutions that SMRT is deploying need not end within the organization, and if SMRT is able to internalize those capabilities, a global leadership presence would enable them to implement their solutions for other rail operators. Akin to how AWS was initially built to solve an internal issue and subsequently launched as a product [12], SMRT could turn its cost center into profit center once it successful showcases proof-of-concept through its success in Singapore.

All in all, we can see that machine learning plays a big part in SMRT’s endeavor to catch the rogue train, and if approached strategically, has the potential to become a competitive advantage that could be monetized. Yet, there are still open questions that need to be addressed. For one, is there a limitation to predictive maintenance against macro-factors such as increasing ridership? ‘De-peaking’ is an issue that the Ministry of Transport has attempted to deal with, for example, through discounted fares before 7:45am peak hour [13]. Does SMRT need to think beyond the box of transportation and consider macro-levers to alleviate the burden on its operations?

[13] Sue-Ann Tan, “Discount for commuters who enter stations before 7.45am on weekdays; all other fares unchanged”, The Straits Times, October 30, 2017,  https://www.straitstimes.com/singapore/transport/discount-for-commuters-who-enter-any-station-before-745am-on-weekdays-all-other, accessed November 2018