Stroll across London Bridge on any given day and you’ll likely see an orderly queue of red buses crawling over the Thames river. This parade has gone on for generations; Transport for London (TfL), London’s statutory transport body, has been both operating and regulating the ‘only show in town’ for buses since 1933 [1]. Recognisable, cheap and multitudinous in the city centre, there’s little wonder that tourists and commuters alike flock onboard.

However, in the multi-billion pound economy of London transport, change is afoot. Buses, and the competition are smartening up – in more ways than one. 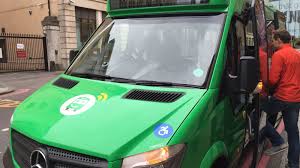 In February 2017, CityMapper – a transport technology company – launched SmartRide in London, promising an alternative to TfL. Half-bus, half-minivan, these unique vehicles have no fixed route or stops. Instead, they rely on a combination of machine learning, user input and human judgement to flexibly trace a route according to usage patterns and anticipated demand. Once requested to a location, customers step aboard and take their seats – identifiable by an allocated ‘Busmoji’ hovering on a screen by the seat [2].

Reading CityMapper’s press releases, you might be forgiven for thinking public buses already should be a thing of the past. In their own words, “the manner in which buses are allocated and run across cities is inefficient” and that “regulation makes it hard to be smart” [3]. The SmartRide solution arguably offers a neat fix, able to automatically adjust route and schedule to demand and thereby better meet customer needs. There is also a size-advantage: the minibuses employed on these flexible routes are up to 5m shorter than their double-decked red counterparts and therefore can squeeze into many more of the narrow and twisting roadways that make up central London [4].

This makes a worrisome issue for TfL, who are facing challenges both on and off the bus network. Bus passenger numbers have dropped for three consecutive years, and are down 6% from their highs in 2014/15, with broader customer satisfaction down 5%  [5]. The Economist suggests stubbornly high traffic levels in the city centre are to blame, caused by large numbers of app-ride vehicles (e.g. Uber, Gett) and endless detours from roadworks which have in themselves reduced roadspace in favour of cyclists and pedestrians, compounding the issue [6].

So far the reaction to CityMapper SmartRide has been mixed. While promoted social media content has been positive, route and ridership growth has not been explosive [2]. CityMapper applied for only two ‘routes’ in London, and has been granted just one by TfL [7]. This draws into focus the awkward role the public body plays as both the main operator and regulator. 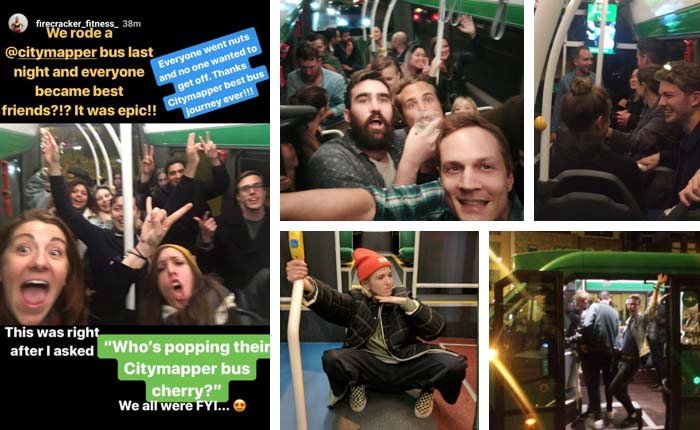 As a regulator, TfL needs to maintain access to transport for Londoners, in line with its responsibilities set by government [1]. This has created long-standing rules for service frequency, routes, and bus stop location; for example, a passenger in the outer suburbs will be no more than 640 metres from a stop [8]. In its other role as an operator, TfL has designed routes which support the economics of serving this regulation: some are profitable, and subsidise others which make a loss. But crucially, it must serve all these routes to in order to meet its responsibilities to the state. As private providers, such as CityMapper SmartRide, introduce adaptive routing into these geographies, they will naturally serve the most profitable, unsubsidised demand, drawing away valuable revenue from TfL’s star routes and leaving them with, in the classic phrase, “the young, the old, the sick, and the unemployed” – most often non-paying state-funded customers [5]. The net result is that the taxpayer ends up paying more for the same level of service. It’s already not looking rosy: last year London’s bus services required an operational subsidy of £752m [5].

A solution requires both parties to get onboard. Most immediately, both TfL and CityMapper can benefit from engaging closer on route design, leveraging the data each organisation has on passenger demand and bus utilisation. In the underserved neighbourhoods of Eastern and outer London, CityMapper should be given more scope to operate experimental routings which are beyond the resources of TfL. Looking longer-term, TfL’s red buses need to carefully shift into adaptive routing, doing so in a way which mitigates the effect on the most vulnerable in London.

The basic premise of demand-centric bus scheduling is sensible: it improves efficiency in an expensive, asset-heavy public service. However, several questions remain unanswered. Does machine learning in this context simply reinforce existing demand patterns? How do regulators protect against a slow drain of buses away from deprived areas with limited alternatives? And ultimately, what model offers the best outcome for Londoners? All aboard!

As 3D printing drugs in rural hospitals becomes a reality, what are the opportunities and threats for AstraZeneca?