As personalized data and digital IP become competitive advantages for companies across all industries, security breaches have grown more frequent and costly (increasing 27% and 23%, respectively, within the last year1), resulting in catastrophic reputation and financial consequences.

Traditionally, computer/ network security was handled in-house, with teams of developers, researchers, and QA personnel carefully testing a system to discover and repair exploitable flaws. However, as digital attacks have become more sophisticated, they have outstripped the internal security capabilities of most companies. This need has given rise to ‘bug bounties’, contests where organizations sponsor prizes for the developer community to stress test their systems in order to find vulnerabilities (‘bugs’). This use of open innovation to discover security flaws has been a “widely understood best practice in the private sector”2, but recently, the federal government has also adopted this crowdsourcing approach to help secure its own systems. Government agencies, already facing a cybersecurity talent shortage3, have realized that the magnitude of the security problems requires them to utilize open innovation as a vital weapon to combat digital threats.

Cybersecurity efforts benefit greatly from distributed innovation. The field is moving too quickly for any individual or group to fully keep up with all of the developments, and open innovation provides the creativity, objectivity, and scale needed to attack these issues from multiple angles, supplementing the government’s native security efforts. It enables the government to capitalize on the collective wisdom of the tech community, by leveraging participants with diverse expertise to strengthen their security development process.

In 2016, the Pentagon hosted the first ‘Hack the Pentagon’ program, inviting hackers to discover vulnerabilities in public facing Department of Defense websites. This was a landmark event for several reasons:

Since that program’s successful resolution of 138 security issues, comparable contests have been conducted for the Army, the Air Force, and the Defense Travel System, all with similarly successful outcomes [Exhibit 1]. Not only have these events produced substantial technical results, but they have also won over the support of leaders within these organizations [Exhibit 3] who recognize both the intellectual value-add of these open source efforts, as well as financial benefits, noting “a security audit and vulnerability assessment, […] would have cost us more than $1 million [compared to $150,000]”5.

Longer term, these programs are growing rapidly, with bipartisan legislation in place to commence similar projects at the Department of Homeland Security6 and the State Department7 [Exhibit 2], and more generalized recommendations being made through the Executive branch8. In parallel, this has also stimulated conversations on updating existing cybercrime legislation, such as the Computer Fraud and Abuse Act, which could empower the open source community by easing strict punishments for hacking-related actions. The Department of Justice has already recommended adoption of “vulnerability disclosure policies” (VDPs)9, which allow interested parties to find and report security risks without fear of civil penalties, and ensuring that government will work “openly and in good faith with researchers”10.

As cybersecurity evolves alongside technology, there are tremendous opportunities available to better utilize open innovation to tackle future security issues:

However, major questions still surround the role of open innovation in federal cybersecurity: 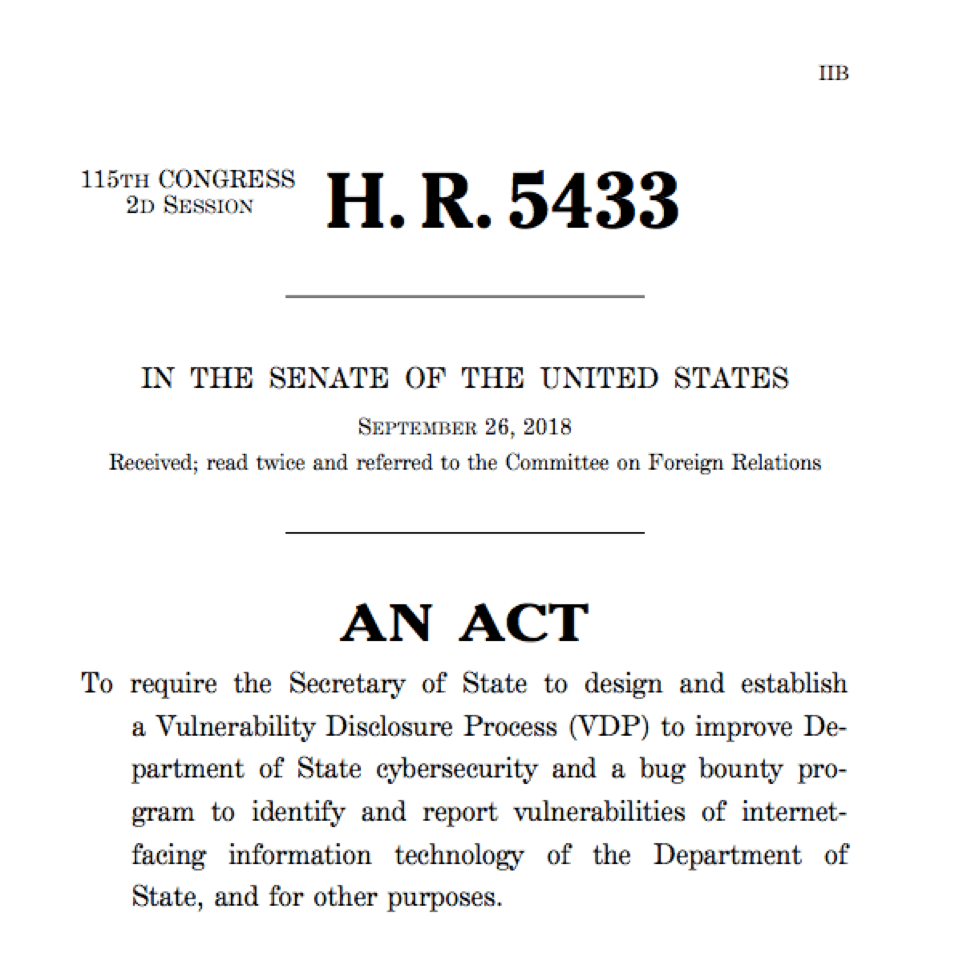 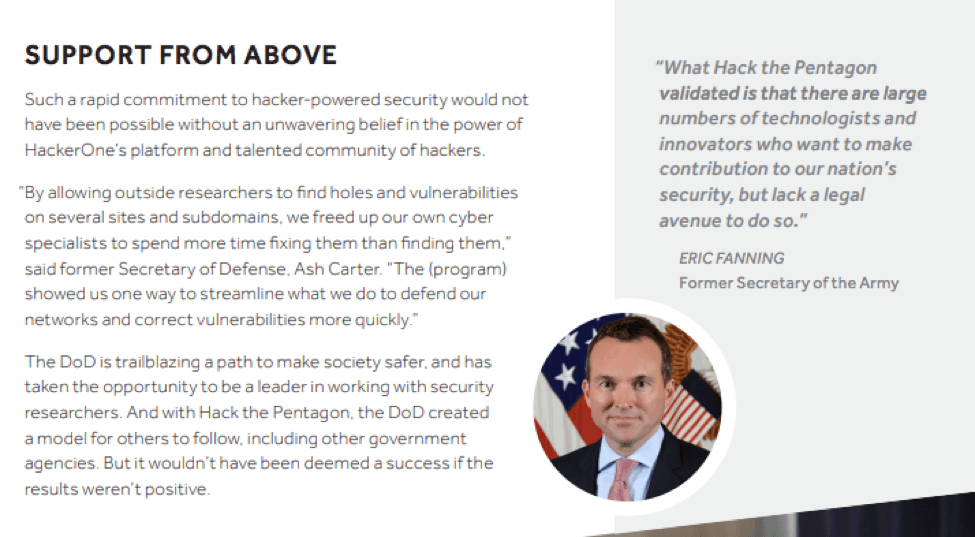 ZOZO’S AMBITION: CAN YOU QUANTIFY “COOL”?

A Tactical Advantage? Additive Manufacturing in the US Military

Student comments on The government wants you…to hack it?