Climate Change has been at the forefront of scientific discussion for several years now. Particularly the impact humans continue to have through their emissions of greenhouse gases. Being the second largest contributor of carbon dioxide emissions in the United States, transportation is typically heavily scrutinized during most Climate Change discussions. It may come by no shock to learn passenger cars and light-duty trucks are responsible for over half of the emissions from the transportation sector.1 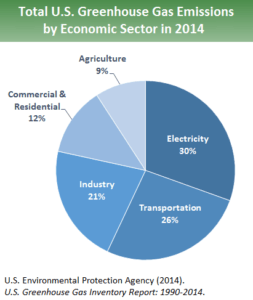 In order to combat this looming trend government regulations, such as the Clean Air Act Amendments of 1990, were passed to provide a road map of more stringent emissions standards for automobile manufacturers.2 These laws have led to a record high average fuel economy of new model vehicles in 2015 with even further improvements expected for 2016. The fuel economy for a 2015 model year car saw a 5.5 mile per gallon, or 28%, increase as compared to a 2004 model year.3 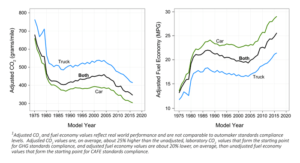 Higher fuel economy is not the only path being taken to reduce transportation effects on Climate Change. Electric cars are becoming more and more prevalent and accessible for the average consumer. In fact, Tesla has announced they will begin production in 2017 of a more affordable “Model 3” electric car starting at $35,000.4

But what does all this mean to the more than 127,000 convenience store petroleum retailers in the United States?5 Do we expect this fragmented industry of small chains and single store owner operators to sit idly by while they watch their industry and livelihood be diminished? The story of BFS Companies is an example of how an entire industry was forced to pivot at the realization of Climate Change.

BFS Companies is a convenience store petroleum retailer headquartered in Morgantown, West Virginia. In the early 1990s a BFS store looked much like any other gas station: a few fuel pumps sitting in front of a building with little square footage and filled to the brim with candy, soda, and cigarettes. But the times were changing, and the industry threats detailed above were beginning to take action. BFS Companies saw the writing on the wall and knew they needed a compelling way to draw customers into the store without relying on petroleum sales.

In 1996 the answer came when the decision was made to combine a convenience store floorplan with a food service restaurant. The idea being that expansion into the food service industry would be a form of diversification from the petroleum industry. Success of the newly formed concept was recognized. In the years since original combination the concept has been replicated and expanded upon. Stores constructed today consist of several food service concepts and a convenience store all under one roof, and all steps away from multiple fuel pumps. 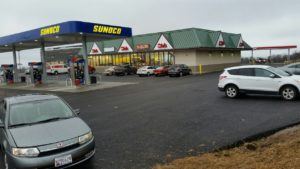 BFS Companies, like many chains, has chosen to develop its concept through partnerships with large fast food franchisors, but some large convenience store petroleum retailers have chosen to develop their own proprietary food concepts. These concepts have also proven to be very successful models of business when properly executed. Nonetheless, the industry, as a whole, has pivoted to a food service focus that just happens to sell petroleum.

From my experience within the convenience store petroleum retail industry, I believe this is just the start to a larger shift within the market. As the regulations and technological advances progress to counteract Climate Change, further diversification within the industry will be necessary. I envision food service will continue to play a larger role for similar companies within the industry. Once electric cars have a critical mass there will also be a transition toward electric fueling stations alongside the petroleum pumps. Furthermore, due to the real estate intensive nature of the business, I believe many companies will further pivot toward real estate development projects and forgo the expansion of their current industries all together.

A Yogis Approach to Sustainability

Student comments on The Death of the Gas Station?