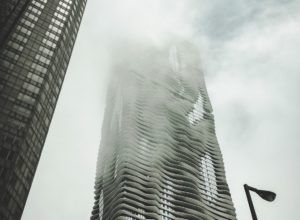 Pension Funds and Climate Change’s Threat to the Future

Though climate scientists agree that greenhouse gas emissions have already begun to irrevocably alter the world climate, economists disagree as to how to value the economic risk these changes pose. In particular, these estimates vary depending on the discount rate chosen, as this dramatically affects how the predicted economic losses over many decades should be valued in present terms.[i] Regardless of what discount rate is chosen, however, highly long-term investors—such as pension funds—face a particular need to take the threat seriously given their mandate to ensure stable returns over an extremely long time horizon.

CalPERS, which manages over $300Bn to provide for the pensions of the state of California’s public employees, issued new policy guidelines in 2008 which identified three core threats to its financial returns connected to climate change:

Over the past decade CalPERS has emerged as a leader among the institutional investor community for ambitious action against climate change, including:

The result, CalPERS would argue, is a concerted effort to wield the fund’s substantial industry clout to shift capital toward climate-mitigating economic activity and to promote a more climate-friendly policy agenda.

However, the fund has resisted substantial political pressure to take an additional action in the form of divesting more than $80 million in current holdings in the fossil fuel industry. Divestment activists and the state government of California—which passed a law in 2015 mandating that CalPERS divest—argue that divestment would help to further weaken the power of fossil fuel companies in the economy. However, the fund has claimed that its fiduciary mandate to maximize returns for beneficiaries compels it to keep oil and gas in its portfolio. Furthermore, CalPERS argues, in today’s global equity markets, any holdings sold off would be instantly bought up with no impact to gas companies.[iii] In contrast, the fund argues that it wields greater influence on the industry as an investor, and can in fact point to recent shareholder initiatives which forced energy firms such as ExxonMobil and BP to adopt stricter reporting standards around climate risk and to explore alternative fuels.[iv]

The Fiduciary Argument for Divestment

While limited evidence exists of divestment’s economic or policy influence,[v] as the climate policy landscape shifts CalPERS should reconsider leaving fossil fuels precisely in pursuit of its fiduciary duty. In particular, most investor models do not account for the possibility that, if policymakers truly take steps to limit carbon consumption to the levels required to limit warming to 2 degrees, that will require that vast fossil fuel assets currently held on global balance sheets remain “stranded” in the ground and never consumed. Such policies could, by some estimates, impact 40-60% of the current market value of the oil and gas industry.[vi] If this risk were properly accounted for, therefore, it could dramatically diminish the projected value of the stock. CalPERS should consider divesting from fossil fuels, therefore, not to achieve influence but to maintain its commitment to high returns for its beneficiaries.

Student comments on The Climate Change Challenge for Institutional Investors