Spotify was founded by David Ek and Martin Lorentzon in Sweden in 2006. The vision of the platform was to build an interactive streaming service that served as a substitute to the wide spread piracy that was occurring in the music industry in the 2000’s but also provided a customizable and flexible experience for users to listen to music without purchasing dozens of music albums[1].

As depicted in Figure 1, over the decades music has been delivered to listeners through a variety of mediums. From Vinyl and Cassettes in the 1970s and 1980s to CD’s in the 1990s and 2000s and finally through digital delivery in the 2000s and 2010s[1]. The onset of digital access to music created complications in the industry as it led to a sharp increase in piracy[2] [3]. Consumers across the globe had access to illegal file sharing platforms that enabled them to download music for free from peers. The increase in piracy created significant challenges in the music industry, leading to steep declines in revenues for record companies and artists in the 2000s[2]. 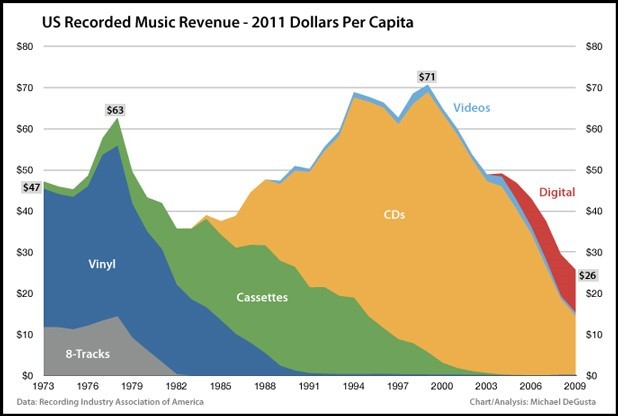 The challenges in the music industry in the 2000s presented a significant opportunity for companies to explore what the right approach to bringing legal and digital music delivery to the mass market of consumers. Founders Ek and Lorentzon built an innovative business model in the space that created value for customers by allowing them to have access to a broad library of music that was customizable and interactive. The platform was free with a limited set of features or $9.99 if users wanted the full suite of features[1]. The real genius of the Spotify business model is that it convinced record labels and artists that Spotify was a better alternative to allowing consumers to continue pirating music[1]. Despite the fact that the record label and artists get significantly less payment from Spotify than independently selling an album or single, they would have gotten $0 if the music were pirated. The operating model of Spotify is also well executed; they have a user-friendly interface that empowers the user to customize in whatever manner they want[1]. Additionally, the freemium approach to pricing attracts users to the platform for free for an indefinite amount of time while Spotify attempts to up-sell consumers to the premium $9.99 SaaS product. Their product was more attractively priced than alternatives like iTunes and gave users more flexibility than alternatives like Pandora[4]. The use of technology to deliver music in a user-friendly manner and through the right mediums like smartphone and tablet before competitors was critical to Spotify’s mass adoption[5].

Some however are critical of Spotify’s model and argue that they are not paying artists a fair share of what they deserve. On average Spotify pays out between $0.006 and $0.008 per song stream to the right holders and generally artists only get 15-20% of that streaming revenue[6]. The conflict with artists made media headlines when Taylor Swift vocally pulled her music from the Spotify platform stating “Music is art, and art is important and rare. Important, rare things are valuable. Valuable things should be paid for. It’s my opinion that music should not be free, and my prediction is that individual artists and their labels will someday decide what an album’s price point is. I hope they don’t underestimate themselves or undervalue their art.”[7] Refer to Figure 2 to see Spotify’s methodology for calculating artist payouts. 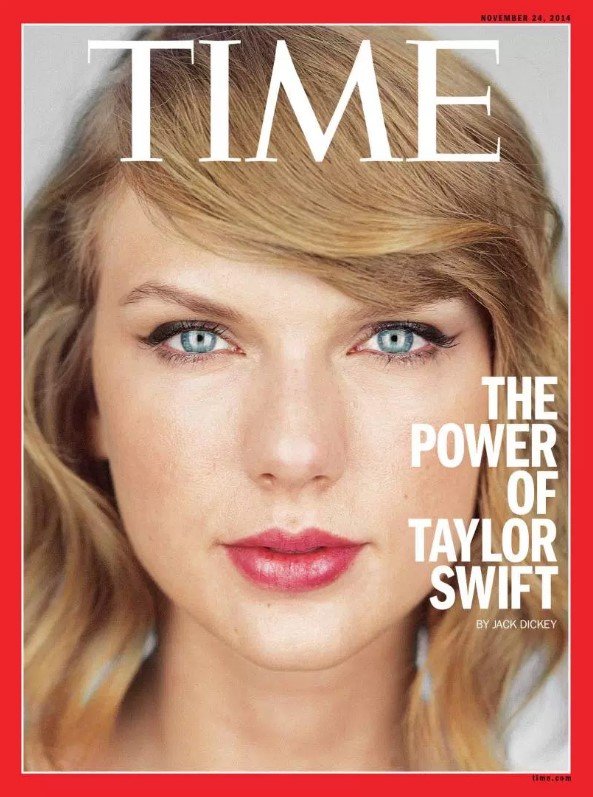 Photograph by Martin Schoeller for TIME

Some are also critical of Spotify because they are uncertain about how sustainable the business model is. As the company has grown to 100+ million subscribers and 30+ million paying subscribers and €2 billion in revenues it’s losses continue to increase. Most recently with a loss of €173 million in 2015[8]. The difficulty with the freemium model is that all of the free users which are more than 2/3rds of the user base are unprofitable and are being subsidized by the paying customers. Therefore, the company will have to drastically increase its number of paying customers to become profitable[8].

Finally, to those who believe that what Spotify has done is easily replicable, look no further than Pandora and Tidal as examples of how difficult digital music delivery to consumers can be as a business. Tidal, launched by famous music insider Jay Z found that getting subscribers to join the platform was easier said than done[9]. Even with significant capital investment and calling on relationships in the music industry Tidal has only attracted 3 million subscribers compared to Spotify’s 100+ million[9]. As shown in Figure 4, Pandora has had significant difficulties as well, displayed by its stock price plummeting 70% in the last three years from a high of $37.42 down to $11.05. (795 Words)

Rivigo – Can Internet of Things disrupt the traditional trucking industry?

Student comments on Spotting and Taking Advantage of the Digitization of Music, Why Spotify is Winning the Digital Music Delivery Battle