When you think of a container ship, you probably envision a wide, bulky boat. You probably think of metal boxes bound for Walmart, transported by over-sized trucks. You probably don’t immediately think of carbon emissions. But when asked about what will imminently affect his business in the next 5 years, Mr. Skou, the CEO of A.P. Møller-Mærsk A/S (“Maersk”), would probably not mention trucking contracts or Walmart orders; instead, he might mention the implications of new industry greenhouse gas (“GHG”) regulations. 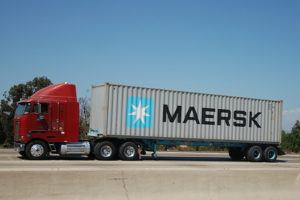 As a factor of their size and the enormous loads they transport, container ships can use between 150-350 tons of maritime fuel per day. [1] Fuel consumption accounts for approximately 50% of a container ship’s operating cost, representing a huge expenditure for shipping lines. [2] For a company like Maersk, the largest shipping line in the world which operates over 600 vessels globally, managing this expense is critical to turning a profit. Burning maritime fuel (also known as “bunker fuel”) is an inherently dirty business, emitting roughly 8% of global sulphur oxide (SOx) and 15% of global nitrogen oxide (NOx) annually while also releasing dust, soot and small particles into the air. [3] Although bunker fuel is estimated to contribute only 3% of overall GHG emissions annually, by 2050 this percentage is expected to grow to 6% as world container traffic continues to increase. [4] It’s clear that the shipping industry will have a consequential impact on climate change, as any growth in international trade results in an increase in worldwide shipping, which in turn causes higher industry GHG emissions.

Maersk has benefited from operating in a relatively unregulated industry when it comes to GHG emissions. By the nature of international shipping, goods are often transported between two or more countries (for example, from South Africa to the United States) by a ship flagged in a different country (such as Panama) that is owned by company headquartered in a fourth country (for Maersk, Denmark).

As a result, it is extremely difficult to assign GHG emissions to a specific region and regulator, which has allowed Maersk and its competitors to take full advantage of lax fuel protocols. Only recently, as global warming and climate change have come to the forefront of several discussions such as the Kyoto Protocol and the Paris climate treaty, have regional and international organizations, including the International Maritime Organization (a UN agency that develops protocols and regulations for the maritime industry) and the European Union, begun creating stringent regulations regarding shipping emissions. As a result, over the next 5 years, Maersk and other shipping companies will need to comply with strict SOx, NOx, and CO2 protocols, requiring them to reevaluate integral parts of their operations and business plans.

Recognizing that it faces an enormous uphill battle in the face of GHG regulations, Maersk has begun to take steps to reduce its carbon emissions through leveraging economies of scale, new technologies, and network optimization of trade routes to reduce sailing time. [5] The company is targeting a 60% reduction in CO2 emitted per container moved by 2020 compared to a 2007 baseline, with an overall target of reducing carbon emissions by 30% at the company level. As of the end of 2015, Maersk had made great strides towards attaining these goals, reducing emissions by 42% per container and 23% at the company level. [5] As a leader in the industry, Maersk has set an example for others to follow, encouraging compliance among other shipping lines.

Maersk will have to continue to think outside of the box in order to stay competitive in an industry that now values energy efficiency.

Options such as retrofitting or rebuilding parts of ships by adding items like scrubbers or exhaust filters to reduce their carbon footprint will be a cost efficient alternative to replacing entire fleets, since a typical container ship costs an average of $100 million and lasts for approximately 30 years. In the short term, vessels can also sail at slower speeds, which can reduce CO2 emissions by more than 50%. [2]

Maersk can also look ahead by including more energy-efficient vessels in their order books or undertaking design changes to allow ships to sail more efficiently on less fuel. Another alternative includes switching to low-sulphur fuels or liquefied natural gas, which both release less toxic emissions than bunker fuel. However, all of these changes will involve huge capital expenditures, ranging from $3-$11 billion in spending—a significant budget item for a company with $925 million in net profit.

As Maersk sails into the future, it will no longer only need to think about shipping routes and customer orders; finding innovative ways to reduce GHG emissions will be an important part of staying competitive within a rapidly changing maritime industry.

Image Citations (in order of appearance):

Student comments on Smooth Sailing or Rocky Waters? The Effect of Climate Change on the Shipping Industry