What if you could stop a crime before it happened? That’s the promise of “predictive policing,” which uses algorithms to analyze data about past criminal activity in order to illuminate patterns and establish hypotheses about future wrongdoing. This approach allows law enforcement to be proactive rather than reactive, ideally lowering crime rates and enhancing community safety.[1] 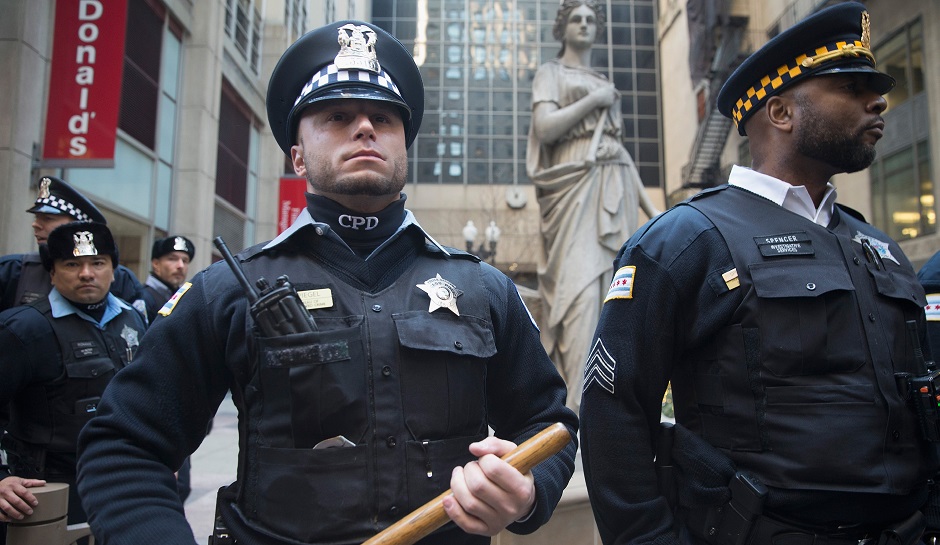 The city of Chicago has the highest number of homicides per year across all U.S. cities.[2] This epidemic of violence presents a challenge to the Chicago Police Department (CPD), which must efficiently deploy human and financial resources to keep residents safe. By incorporating machine learning into its policing process, CPD can focus its efforts on communities and individuals that are supposedly most likely to be involved in criminal activity.

In 2013, CPD partnered with researchers at the Illinois Institute of Technology to create an algorithm that identifies Chicagoans most at risk of being victims or perpetrators of violent crimes.[3] This “Strategic Subject List” (SSL) assigns a score of 1 to 500 based on an individual’s probability of being involved with a shooting or murder. The score is generated based on factors including a person’s history of arrests and connections to past criminal activity.[4]

The SSL is used to facilitate proactive interventions through CPD’s “Custom Notification Program.” Police officers and social workers visit the homes of people with high risk scores to warn them that they will likely be involved in a shooting as the victim or perpetrator, and to offer resources such as drug treatment programs, housing and job training, and support for leaving gangs.[5] Police personnel also inform them that the highest possible criminal charges will be pursued if they are found to be perpetrators of any further criminal activity.[6]

In the coming years, CPD will need to demonstrate that the SSL program is effective. A 2016 study by the RAND corporation found that people on the so-called “heat list” were not more or less likely to be involved in a shooting or homicide than the control group.[7] CPD must also figure out how to maximize the utility of the SSL algorithm. According to a RAND researcher, officers are given vague directives on how to use the SSL, and thus the predictive data is not leveraged in an impactful and actionable way.[8]

CPD intends to increase its reliance on machine learning in the next decade. In October 2018, the mayor announced an expansion of the city’s “smart policing strategy,” building on a pilot program that uses technology to complement existing policing practices. [9] For example, CPD will use past crime data (and other inputs including phases of the moon and schedules of sports games)[10] to predict where criminal activity might occur, and provide officers with real-time analysis on mobile apps to inform their patrols. Initial data suggests that these technological tools have contributed to a citywide decline in violence over the past year. [11]

As CPD continues to incorporate machine learning tools such as SSL into its policing process, the algorithms must be more transparent. Predictive policing programs can undermine a person’s right to the presumption of innocence and other civil liberties.[12] The use of opaque algorithms might also exacerbate the tense relationship between community members and law enforcement. In a statement on the use of predictive policing by CPD, a representative from the ACLU of Illinois wrote, “We are at a crisis point in Chicago regarding community and police relations. Transparency is critical to restore faith in the system.”[13]

CPD must also ensure that the SSL system does not reinforce biases against communities of color. According to Chicago Magazine’s analysis, 56% of Black men ages 20-29 in Chicago have an SSL score.[14] This is potentially the result of a negative “feedback loop” given that the algorithm considers a person’s past arrests. Studies have shown that Black people are arrested for drug possession, for example, at disproportionate rates,[15] so any program that uses historical arrests to predict future criminal activity relies on biased inputs.

The second question invites imagination — are there other opportunities for police departments to leverage machine learning to increase community safety? For example, a team of data scientists at the University of Chicago created an algorithm to identify police officers with a propensity for excessive force.[16] Or perhaps CPD could wield its predictive technology to take a holistic, preventative approach to community safety, proactively connecting service providers with individuals most impacted by the root causes of violence, such as poverty and mental health issues.[17]

Printing the Future of Helicopters with Bell

XPO Logistics (XPO): Attempting to Bring the Truckload and Less-than-Truckload (LTL) Industries into the Twenty-First Century