Let Them Eat… What?

According to the UN Food and Agriculture Organization, the world’s farmers will need to produce 70% more food (relative to 2006 levels) to meet the demand of 9.2 billion people projected to inhabit the planet by 2050.[1] Further intensifying this pressure is global climate change. Extreme weather events like droughts and flooding, and long-term changes such as rising sea levels are damaging crop yields and shortening growing cycles. Production levels are already flattening, with yield plateaus, or even abrupt drops in yield gain, among 31% of total global rice, wheat and maize production.[2] As most of the land suitable for farming is already farmed, incremental food production globally must come from higher yields.[1]

But fear not, the “it” technology of the day, namely Internet of Things, has come to the industry’s aid. Smart farming aims to make existing arable land more “intelligent” through an amalgamation of connected technologies, such as[3]:

The U.S. is leading the way in industry sensor deployment, with a 33% year-over-year increase in smart agriculture network connections in 2015, trailing energy (58%) and transportation (49%), but outpacing healthcare and pharmaceuticals (26%).[4] Analysts estimate global agricultural IoT device shipments will continue growing at a healthy 20% CAGR to 75 million units by 2020.[5] 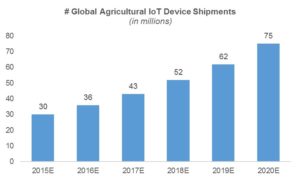 For many technology and food providers, climate change triggers noteworthy changes in business strategies and operations. In the case of Planet Labs (also known as Planet), it gives the six-year-old startup its entire raison d’être. The company (which has raised $183 million, most recently at $1.1 billion valuation) founded by ex-NASA scientists is working to make the Earth’s changes more visible and actionable for farmers.[6][7] It deploys small (measuring 12 inches and weighing 4-5 kg), low-cost, high-frequency imaging satellites to photograph remote parts of the world for agriculture, disaster response and urban planning applications.[8][9] 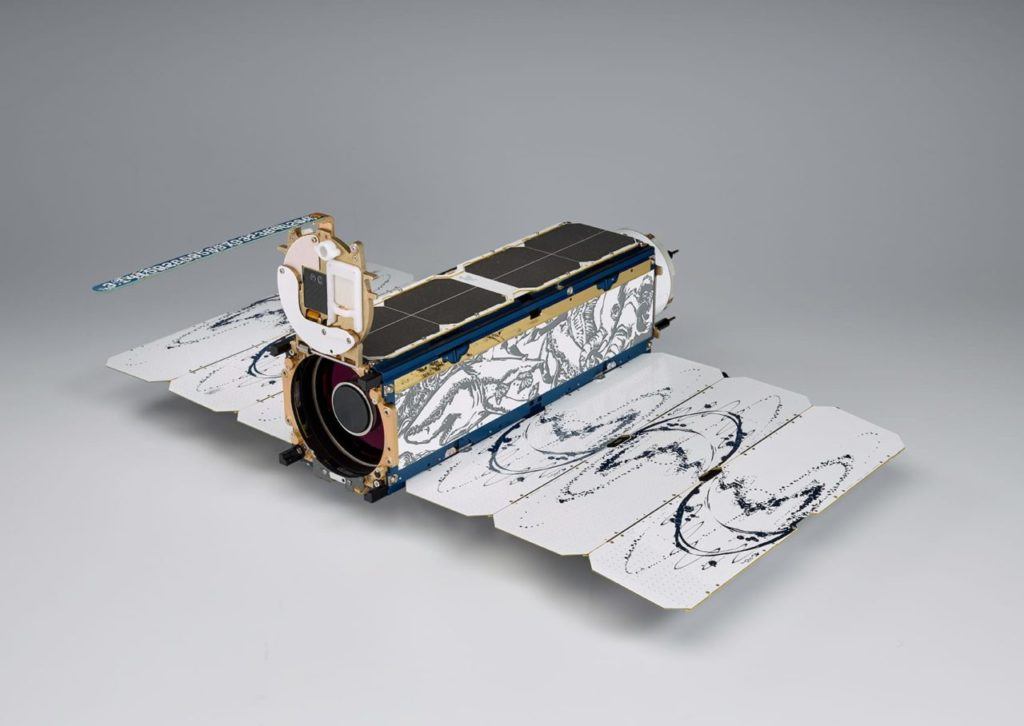 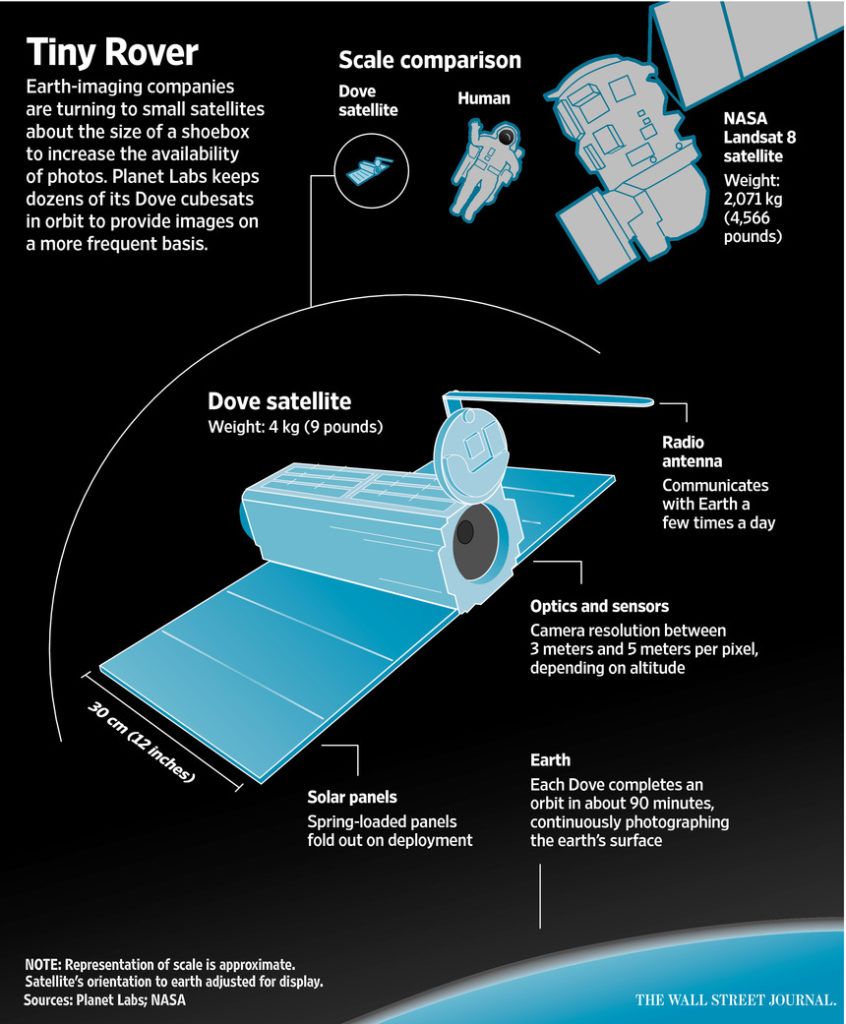 Exhibit 3: Dove Satellite at a Glance[10]

Its fleet of nano, low-orbiting satellites called Doves typically hitch a ride on rocket launches to the International Space Station and similar projects, including shipment ferries by Elon Musk’s SpaceX. Today, the company has 62 satellites in orbit and aims to have 100 by end of the year – enough to get a photo of the Earth’s entire land mass every day at 3-5 meter per pixel camera resolution.[10][11]

Doves are specifically suited for land use observation, via health and types of agricultural crops, extent of logging and deforestation and availability of water.[11] They do so faster and less expensively than traditional satellites, whose pixel-rich images and large-scale deployments are often cost-prohibitive.[12] Planet’s value proposition is quantity, not quality. Based on the breath of landmass images, it delivers a constant stream of up-to-date information to farmers, corporations and governments to identify changes in crops, soil and water availability, thereby informing strategic decisions around monitoring yield, tracking farm operations and scouting crops. 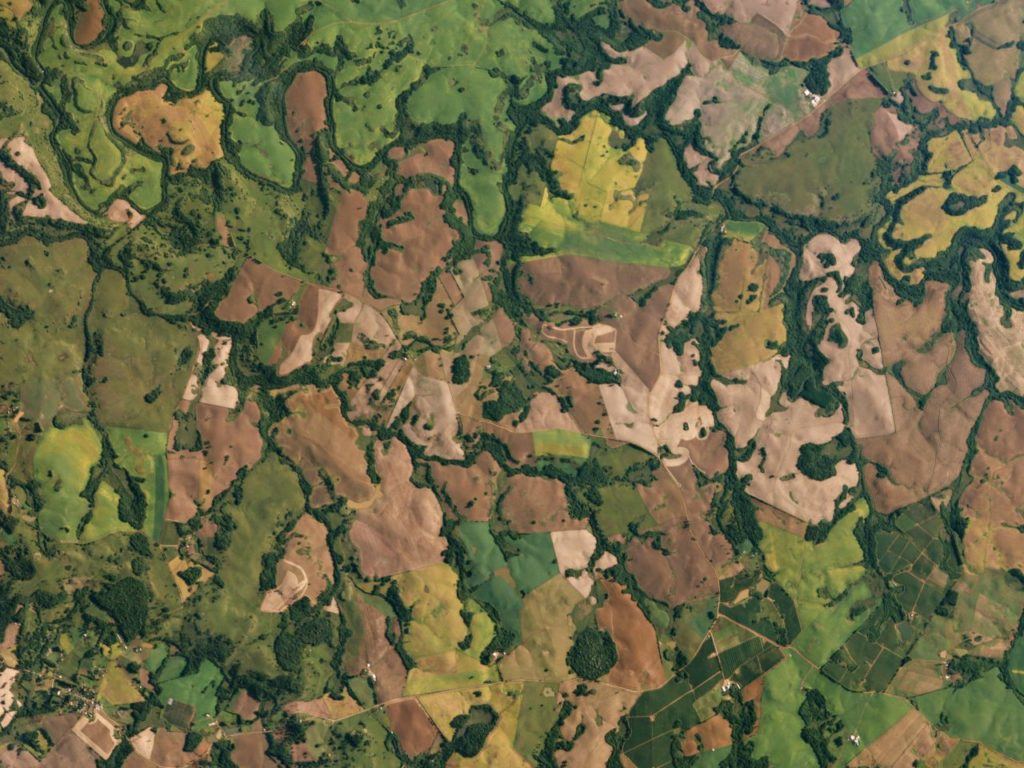 In order to achieve target refresh rate of the full Earth every day, Planet must dedicate significant additional resources to accelerate production, which is still done at its SF headquarters. It announced this March that it would begin manufacturing 120 units in a six-week span, the fastest manufacture of satellites to date.[11]

More critically, Planet must continue to advance its data analytics capabilities that translate images into tangible action plans. Today, it works with third-party firms such as Descartes Labs, FarmLogs and FarmersEdge.[11] The next step in its evolution is a simple, fast decision tool for individual growers. Planet is currently developing a software platform for “one-click change analysis across different imagery, seeing roads, towns, and other major features there weren’t there a week, month or year before. For what required hours of expert analysis, now it’s a toggle switch.”[11][12] Furthermore, by connecting the image database with field equipment and back-end IT infrastructure, it can automate and improve production. One use case is a farmer running images of his land through an algorithm and determining the soil makeup of each part of the field. He then remotely directs tractors to automatically apply the right type of fertilizer in each area. This not only saves him time, but also reduces his fertilizer usage, which in returns curbs runoff of nitrate into nearby water sources.

As the saying goes, a picture is worth a thousand words. Planet Labs’s 50-trillion-pixel daily photo of every spot on our rapidly evolving planet, has the potential to be worth a whole lot more – by empowering the world’s food growers to optimize production, maximize crop yields and feed the world.

Is Big Data and Technology the Solution to the Potential Food Shortage?

Student comments on Planet Labs: A Satellite Startup Takes a Flight to Feed the World