China has fueled its country’s growth with coal to become the world’s second-largest economy and largest energy consumer1. While coal has improved living standards for China’s citizens, declining air quality has resulted in significant health and environmental concerns. The 2010 Global Burden of Disease study estimated that poor air quality led to 1.2MM premature deaths and $230B (3.5% of GDP) of environmental degradation in China2. In 2015, 63% of all days were classified as unhealthy or worse levels for particulate pollutants3. Due to increasing pressures from its citizens and world agencies, China has vowed to improve its air quality and signed the Paris Agreement. 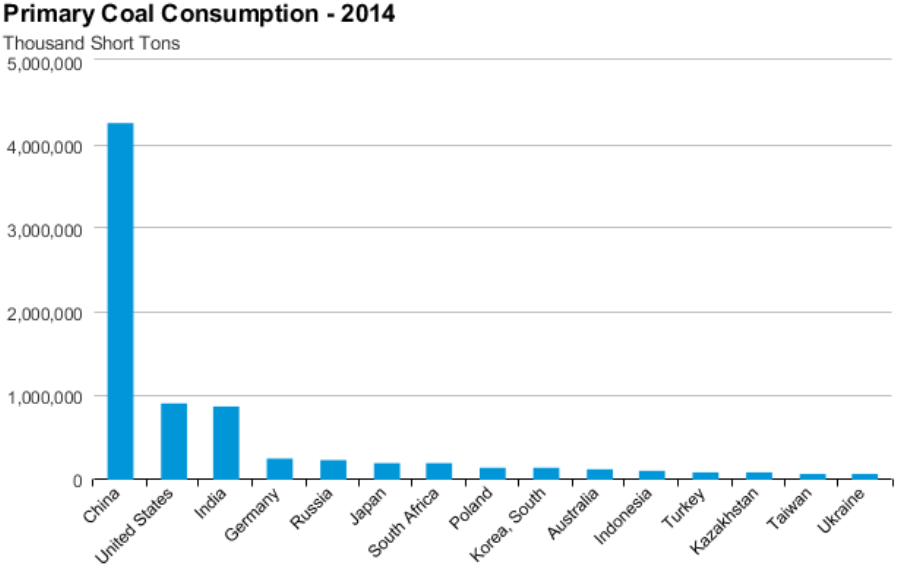 The Agreement, negotiated by 195 countries in 2015, is an action plan to keep global warming below 2°C above pre-industrial levels4. In its 13th Five-Year Plan, China stated it will begin to replace coal in non-power sectors with natural gas and electricity. The plan calls for natural gas to make up 10% of total energy use by 2020, up from 6% today (and hopes to reduce coal from 62% to 50% by 2030)5. The rationale for the switch is that natural gas produces approximately half as much carbon dioxide per unit of energy as does coal6. This plan requires massive changes to China’s domestic energy infrastructure. However, China has shown over the past few years that it has an inability to meet its domestic natural gas demand.

Who will provide this natural gas? PetroChina (NYS: PTR) is the likely candidate, despite its current lack of expertise in shale gas drilling. The company’s reserves have historically been heavily weighted to giant, mature, conventional oil reserves in domestic and international locations. Despite the obvious opportunity before PetroChina, whose parent is national oil company CNPC, the company must make significant organizational and structural changes to adapt to drilling unconventional shale gas.

China has the largest shale gas potential in the world (1,115 Tcf), or 1.7x larger than United States’, but has only developed a fraction of the reserves7. PetroChina has taken steps to position itself as the premier domestic producer by investing in joint ventures in the United States to learn drilling technology applications from American companies. In 2011 it partnered with Shell, who promised to invest $1B in China’s shale plays annually8.  The primary shale basin in Sichuan is remote, densely populated with tightly packed farms, and has poor infrastructure. The gas is trapped in deep, complex geographical formations and is difficult to extract. Additionally, bureaucratic delays resulted in a one year delay in contract approval. These factors resulted in elevated costs of ~$14.5MM per well in 2013 and $10.5MM per well in 20159. While costs declined over that time frame, they were still substantially higher than the ~$4MM per well cost of drilling in the United States. Accordingly, Shell rescinded its investment and left China due to the myriad of political and logistical problems outlined above. 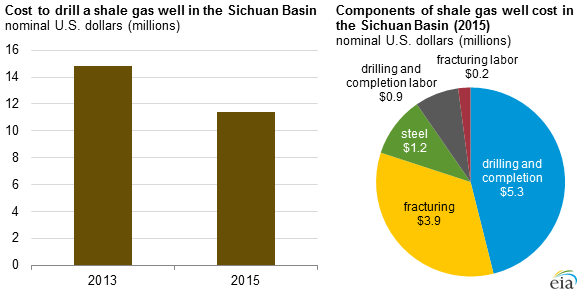 Beyond the costs, China’s workers are generally inexperienced in shale drilling and contractors have not been trained in modern safety standards. The drilling process is water intensive, requiring rig sites to share water sources with local farmers. Temporary PVC pipes transporting fresh and chemical-filled waste water have ruptured causing spills that have leaked into farmland and local rivers10. With the shale gas located in China’s breadbasket, spills could endanger the country’s food source.

An additional future threat is global warming itself. The region’s droughts and storms will likely become much more severe due to climate change. PetroChina’s history is checkered with spills and environmental standard violations11. It is imperative that the company address these concerns to be a part of China’s climate solution, rather than exacerbating the problem.

Steps for the Future

In order to reduce costs and limit future environmental problems, PetroChina should execute the following initiatives:

It is imperative that China uses its shale gas as a bridge fuel to reduce carbon emissions until renewable resources are readily available. PetroChina is best positioned to supply the country with natural gas, but must improve its processes to reduce costs and mitigate potential environmental disasters.

Dragons in the Sky – somewhere between Sao Paulo and Rio