The Toblerone Affair. In 1995, the Swedish newspaper Expressen revealed that Mona Sahlin, who was then serving as Deputy Prime Minister,  had used her professional credit card for personal purchases, including grocery shopping. The case became known as “The Toblerone Affair” due to the inclusion of the famed chocolate bars on her credit card statement. [1]

Serenata de Amor. Toblerone bars are relatively expensive in Brazil, so most people resort to cheaper alternatives to satiate their cravings, such as the Serenata de Amor (Portuguese for “love serenade”) candy.

Desire for chocolate is not the only similarity between Brazil and other countries, however. Brazilian politicians have also been involved in corruption scandals, albeit in a widespread scale rarely seen in most other countries. In 2016, motivated to fight corruption, tech-savvy citizens led by Irio Musskopf used crowdfunding to start a non-profit, open-source project that uses data science for the purpose of monitoring public spending in Brazil. Inspired by the Toblerone Affair, the project was named Operation Serenata de Amor and is maintained by a dedicated team of 10 people, alongside hundreds of volunteers. [2] 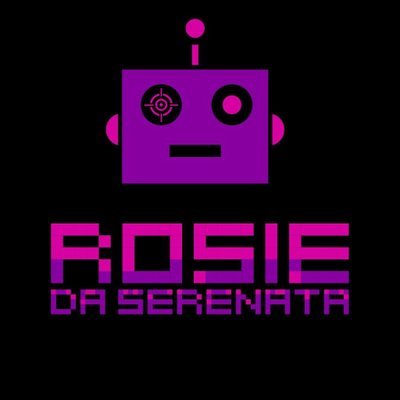 The “civic tech” project gave birth to Rosie, an application powered by machine learning and trained to identify suspicious uses of public funds. Rosie analyzes every reimbursement claimed by members of the Congress in Brazil (who are each entitled to monthly expense as much as 46 times the minimum wage in Brazil). Subsequently, it automatically identifies potential irregularities and exposes the reasons for suspicion. [3]

How it works. Technically, Rosie is an open-source, Github-hosted Python application that applies unsupervised learning algorithms to estimate a “probability of corruption” for each reimbursement receipt submitted by politicians in Brazil. For instance, one of Rosie’s functionalities is applying clustering algorithms to identify outliers among meal expense reimbursements. [4] [5]

The organization decided to use Machine Learning instead of traditional algorithms because of three key reasons: the necessity to analyze diverse and dynamic datasets adaptively, without the need to “hard code” a tailored application for each task; the ability to extract the most important features from the data set (i.e., the variables more likely to suggest frauds); and the requirement to scale efficiently given the large size of the datasets. Besides, the team decided to make it open-source to be able to leverage the contributions of other citizens and make the technology available for use in other contexts.[6] [7] [8] [9]

Expanding the project: Twitter, Jarbas and Perfil Político. Since 2017, Rosie’s suspicion results are posted regularly on Twitter (@RosieDaSerenata). The project was covered by more than 90 journalistic vehicles, including the most respected in Brazil. [10] To amplify the project’s impact in the medium term, the team developed new ways to use data to help citizens take action, such as Jarbas, a visualization tool that organizes the scattered public spending database into a searchable, organized dashboard. Another new service is Perfil Político (Portuguese for “political profile”), a platform for profiling and comparing candidates in Brazil’s elections.

The challenge ahead: from data to actions

Despite its potential, Rosie has faced substantial barriers to its deployment. Only dozens of cases resulted in politicians giving money back to public accounts (out of thousands identified). A key challenge is that the Congress itself has to analyze the complaints but it may refuse to do so if the value is seen as “low” (which in some cases corresponds to a threshold of as much as US$ 20,000). Another hurdle for Rosie is that the Congress website has “captchas” to prevent massive downloads of its data sets, which hinders the scaling of a tool that is supposed to work without any human dependence. [11]

In order to overcome such obstacles, the Operation Serenata de Amor may consider focusing on three key areas. First, they should uncover and publicize a high-profile, clear-cut case of ill-intentioned reimbursement. This will increase the credibility of the project, attract media coverage and reduce the likelihood of future cases being ignored by the Congress. Secondly, it should go beyond Twitter (which is not very popular in Brazil) and amplify its presence in other social media channels to reach more people. Thirdly, they should be less centered on the how and more centered on the what and the why. The current messaging is complex and full of jargon, and should be simplified to reach a larger audience.

Despite the undeniable progress since 2016, these challenges make it clear that open questions still remain and could determine the project’s success in the future: How can the organization circumvent the mechanisms that are currently hindering Rosie’s deployment? Does making it an open-source application facilitate the creation of barriers for its use? What are other potential applications of Rosie’s algorithms, in the public realm and in other contexts?

[8] J. Wilson, S. Sachdev, and A. Alter, “How companies are using machine learning to get faster and more efficient”, Harvard Business Review Digital Articles (May 3, 2016).

Waze: the application which supports (or even incentivizes?) its users to break the rules