3D printing is critical in helping Nike achieve their three milestones; “2X Innovation, 2X Speed and 2X Direct” [1]. Additive manufacturing is well-known for transforming traditional manufacturing, for example through providing the ability to quickly print spare parts on demand within the auto [2] and aerospace [3] industries. Nike is using this technology to bring more customized, lightweight, precise and innovative products to the market, at a fraction of the speed of older methods. I shall go through each of these individual process and product improvements to portray the vast importance of 3D printing for Nike.

Nike’s first 3D printed shoe, a football cleat, hit the market in 2013. 3D printing enabled Nike to test and revise the prototype many times in the cycle, but at a much faster rate to previously; updates were provided to the shoe in a matter of hours not months[4]. In April 2018, Nike released their latest 3D printed shoe, Nike Flyprint, which can be prototyped 16 times faster than previous methods[5]. 3D printing can enable design tweaking to occur locally whilst the broader construction path keeps going, meaning the testing and revision cycle time is significantly reduced.

Nike’s inspiration for innovation comes through working with world-class athletes to create the perfect shoe. Nike noticed Eliud Kipchoge’s struggle during the rainy 2017 Berlin marathon and partnered with him to print an upper (part of the shoe that covers the foot) which was waterproof. Nike produced a waterproof and lightweight (11g lighter than his original pair [6]) shoe by replacing yarn (used in traditional manufacturing) with plastic. They were also able to tweak and customize the shoe simultaneously because Nike could use 3D printing to isolate individual strands that needed changing without altering the whole shoe. 3D printing enabled Nike to create shapes not possible with traditional manufacturing processes[7]. With his lighter, more flexible and highly customized shoe, Eliud Kipchoge went on to win the London 2018 marathon. 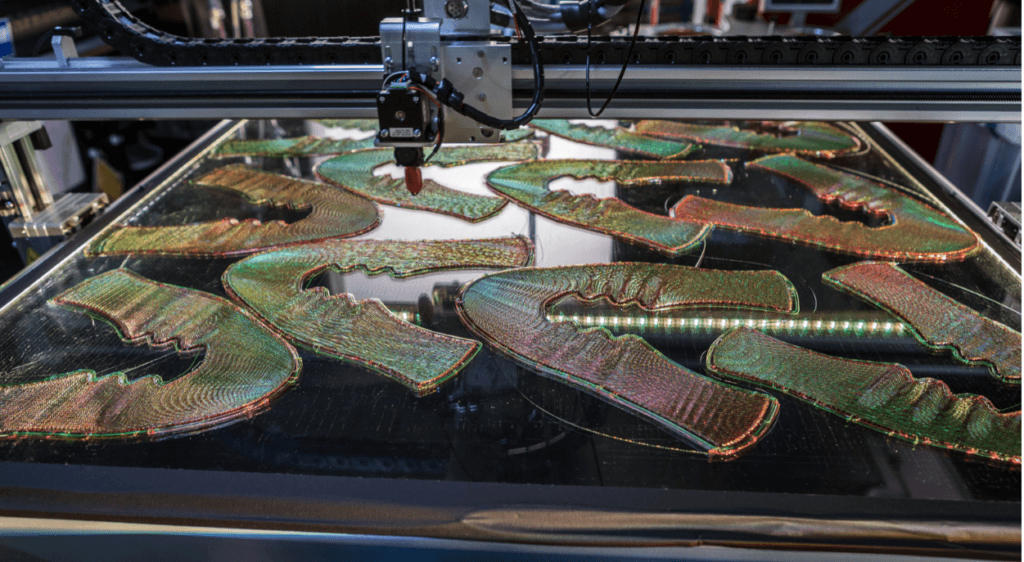 “By fueling massive leaps in our design, prototyping, and manufacturing process, we’re delivering the future of sport, faster.[8]” Management are investing in research and development of additive manufacturing for a limited number of famous athletes (e.g. Michael Johnson) in the short and medium term. Apparel is hugely important for Nike and the team are also investing time into use cases for 3D printing outside of shoes. For instance, in 2014 Nike released a 3D printed sports bag and shin guard for Neymar Jr., Wayne Rooney and Cristiano Ronaldo. Any research in additive manufacturing for Nike’s figureheads in the short and medium term are an opportunity in the longer term to create products for general public.

In the medium to long term Nike should aim to scale this technology through increasing the number of athlete partnerships as well as seeking out technical partners where need be. In 2016 Nike partnered with HP in order to increase prototyping speed given HP’s faster technology.  This partnership enabled them to attract Eliud Kipchoge. Nike needs figure heads to spread desire to consumers to reach scale in the longer term. The ultimate goal of Nike should be to enable mass market consumers to obtain a pair of customized, performance enhancing 3D printed shoes. COO Eric Sprunk stated that he envisions a world whereby a consumer buys a digital file from Nike and prints the sneaker at home[9]. In order to achieve this monumental change in consumer shoe purchasing, Nike’s continued investments in the technology and potential partnerships are critical.

We are told that “3D printing simply works best in areas where customization is key”[10]. Nike have done well to showcase this through their partnerships with key athletes, however when thinking about the future we must ask ourselves; how can Nike maintain their advantage over other brands who are also doing additive manufacturing, such as Adidas, through using 3D printing to provide customized shoes? Secondly, what other products can Nike innovate with 3D printing and how could this improve their traditional manufacturing processes? 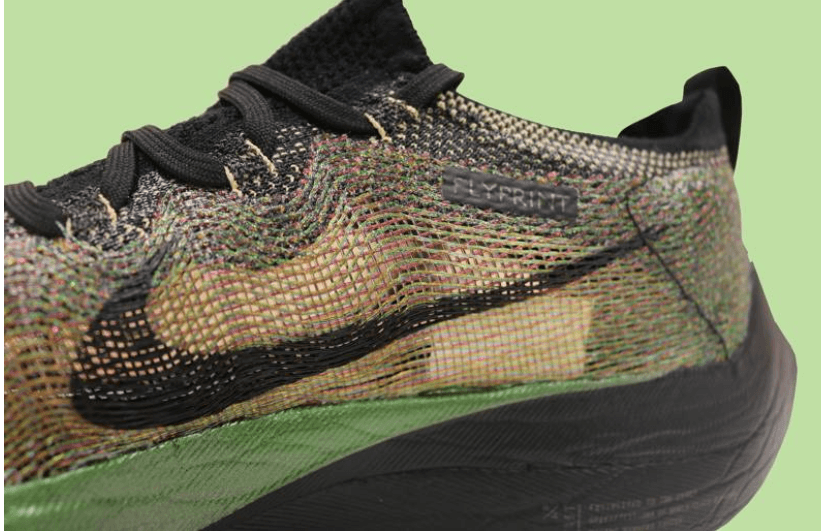 Figure 2: Prototyping. Nike’s Fly Print trainers initially were developed using all diamond lattices. However, to increase flexibility, waves were built into the threads [11]

[2]Alan S Brown, Chain Reaction, Why additive manufacturing is about to transform the supply chain

The Rise of 3D Manufacturing in Footwear: What it Means for Nike

Student comments on Nike’s 3D Printing: Just Do It