“The concept of global warming was created by and for the Chinese in order to make U.S. manufacturing non-competitive.” – Donald Trump

President Trump has since backtracked on the above 2012 tweet, referring to it as a joke, but the sentiment behind it is still felt by pockets of the business community. The fossil fuel industry in particular is continually vocal about how adapting business practices to fight climate change is in conflict with economic interests, most recently evidenced by the contention over the EPA Clean Power Plan that will reduce GHG emissions at the cost of driving coal-fired power plant operators out of business. Conversely, in the agriculture sector, which accounts for roughly 25% of global GHG emissions[1], leading companies are embracing the climate change problem and illuminating the supply chain challenges and costs it presents. 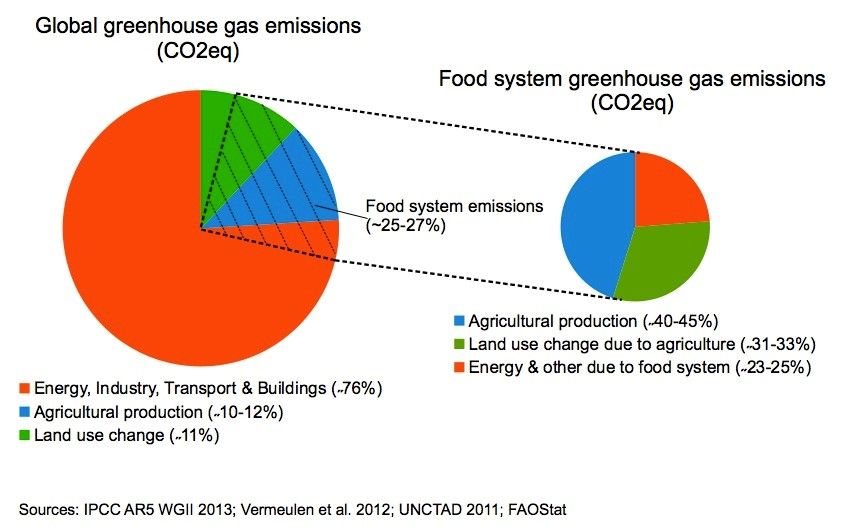 Food company Kellogg has particularly been focused on how storms, floods, drought, and shifting weather patterns lead to reduced crop yields or crop failures that reduce access to and raise prices for key agricultural inputs. The impact of these trends is already significant to food and beverage companies today. Kellog competitor General Mills has reported that extreme weather cost the company 3-4% of its annual production in a given year. Unilever estimates it loses $415 million a year due to extreme weather events. Over the long-term, input prices of corn and rice are expected to double by 2030, with half of the increase due directly to climate change.[2] 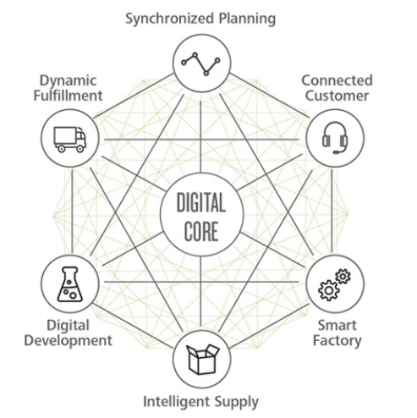 Rather than simply managing the upstream component of its value chain around climate change, Kellogg is attempting to tackle the root problem by reducing its overall contribution to the global carbon footprint. In 2015, Kellogg announced GHG reduction goals across its entire value chain. At a high level, Kellogg has pledged to cut GHG emissions 65% across its own operations and help suppliers reduce their emissions by 50% by 2050. To initiate the long march to 2050, Kellogg has set specific objectives to tackle over the near-term, focusing on reducing natural resource consumption in its manufacturing processes and sourcing responsibly upstream. On the resource consumption side, Kellogg has committed to expand the use of low-carbon energy in its plants 50% and implement water reuse projects in 25% of plants by 2020. On the supplier management side, Kellogg has pledged by 2020 to enable 500,000 farmers to implement climate smart agricultural practices, engage 75% of tier 1 suppliers to publicly disclose progress on emissions reductions and for its 10 priority ingredients, to achieve full sourcing from only environmentally responsible suppliers.[3] Kellogg has already made meaningful progress and is on track to meet much of its 2020 goal agenda, however, for the period beyond 2020 Kellogg has not communicated additional specific initiatives. The company has indicated publicly that it is undergoing a detailed road-mapping process both internally and with suppliers, iterating based on the results of its 2020 initiatives.

While Kellogg is making progress in reducing its own carbon footprint, isolated action is not enough to make a scaled impact. Kellogg is one direct contributor among many to GHG emissions (Kellogg’s 2017 revenues were ~$12 billion vs. global agricultural GDP of over 3 trillion)[4] and its initiatives will be meaningfulness if it there is not widespread diffusion of climate smart practices across the industry. Kellogg has taken on a leadership role along with other leading food and beverage companies, raising public awareness through media and collaborating with governments and NGOs to guide public policy. Kellogg was one of the 360 companies that issued a sharp rebuke to the U.S. withdrawal of the Paris climate accords. Where Kellogg should modify its leadership strategy is by refocusing the discourse around the business case for climate smart practices in order to shift norms in the private sector. Much of the rhetoric in Kellogg’s public communications around climate center on the critical social impacts, such as food security and homelessness. 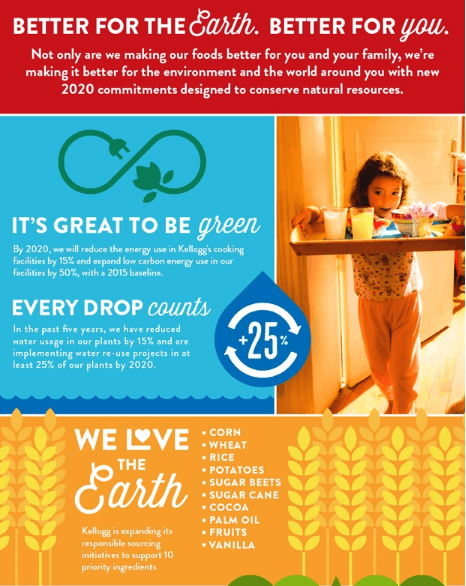 It’s optically better for Kellogg to claim it cares more about the human cost than economics, however, pushback from the energy and other high-emission industries frames the tradeoff as economic destruction for a social good. Kellogg could actually drive more impact by more explicitly highlighting that it makes sense to be climate smart just to insulate itself from cost inflation and operational cost overruns. This can help shift sentiment in the broader business community to realize that embracing climate change is not a destructive but constructive economic force, and go a long way in accelerating global adaptation of climate smart.

One area I am unsure about is how Kellogg should prepare to respond to extreme weather events as they occur. Regardless of current GHG emission reduction efforts, there will be some level of increasing global warming moving forward and I wonder what supply chain design decisions would help Kellogg cope with this.