More than two billion people each year enjoy the economic and social benefits of aviation. The ability to fly conveniently to practically anywhere at any time has significantly reduced the physical distances and cultural barriers between people that naturally occur in the world, serving ultimately as a crucial catalyst for the global economy. Unfortunately, these benefits are associated with significant costs from an environmental standpoint. Aircraft engines emit greenhouse gases including carbon dioxide (CO2), nitrogen oxides (NOx) and water vapor (H2O) as a byproduct of burning fossil fuels.[1] Given that demand for commercial air services (and the corresponding increases in the number of passengers) is projected to increase steadily at an annual rate of 5% (demand will be approximately 2.6 times higher than current levels over the next 20 years), this is a problem that will only continue to get worse over time.[2] Despite its inherent negative externalities; however, no other industry can come close to the aviation industry in its ability to connect the world’s people, facilitate commerce and promote tourism. On the latter point of tourism, this post will focus on Japan Airlines (“JAL”) and highlight some of the efforts it is taking to reduce the environmental impact of its operations by 2020 – the year Tokyo will host the next Summer Olympics.

What JAL is Doing Currently

JAL is one of two major Japanese carriers (along with All Nippon Airways) that is aware of its responsibilities towards the environment. On this front, JAL has committed to reducing its entire fleet of aircraft’s carbon dioxide emissions. As of the most recent fiscal year 2015, JAL has managed to achieve a reduction of just under 15% in its carbon emissions per revenue-ton-kilometer compared to fiscal year 2005 levels.[3] JAL has been able to achieve this through its “Sky Eco” Program which seeks to reduce fuel consumption at every stage of flight from take-off, climbing, cruising, descent and landing.[4] Some components of this program include things such as the use of continuous descent operations (CDO) during the plane’s descent phase and reducing the usage of flaps during landing which help decrease CO2 emissions (See Exhibit 1). Commercial aircraft are equipped with an auxiliary power unit (APU) which provides electricity and air conditioning inside the cabin even when the engine is not running.[5] Electricity and air conditioning also require fuel and so the aircraft continues to emit CO2 even if the engine is off. As an alternative, when the aircraft is on the tarmac, it can be supplied with electricity via a ground power unit (GPU), which can significantly reduce exhaust gas and noise.[6] JAL has made it a priority in their day-to-day operations to reduce the use of APU, and use GPU as much as possible when their aircraft are not in the air.

What JAL is Doing for the Future

A relatively recent development in the aviation industry has been the move towards reducing CO2 emissions through sustainable fuel sources. JAL has demonstrated leadership in this area when it partnered with Boeing back in 2009 in one of the first demonstration biofuel (See Exhibit 2, Exhibit 3) flights.[7] In late 2014, a consortium of domestic Japanese aviation players (with JAL leading the way), international aviation players (notably Boeing) and governing bodies formed the Initiatives for Next Generation Aviation Fuels (INAF).[8] The INAF developed a roadmap for the commercial production of sustainable aviation biofuels in Japan in time for the 2020 Olympic and Paralympic Games in Tokyo.[9]

Broadly speaking, one of the major challenges with sustainable sources of energy is that their prices (without incentives or subsidies provided by the government) generally exceed that of conventional sources of energy. This issue is no different for the aviation industry. Indeed, the findings of the INAF explicitly state that the costs of sustainable aviation fuel will be significantly higher compared to conventional jet fuel.[10] Moreover, the report recommends that the difference me made up by businesses that comprise the supply chain, including fuel producers, airlines, users of air services and the general public.[11] Costs could be lowered through improvements at each stage of the supply chain, system optimization, technological innovation, user fees, area charges and public support. Fiscal support should also be provided to help capital investment and consideration given for a reduction in aircraft fuel taxes when using next-generation biofuels.[12]

As the stakes of climate change continue to increase and the world shifts toward eco-friendly/sustainable business practices, companies that take the lead in addressing their energy and environmental impact stand to gain economically and socially. Naturally, although further technology advances are needed to make biofuels and other renewables a more economically compelling alternative to traditional sources of fuel production, the implications of a breakthrough are significant and worthy of our time and attention. (Word count: 794) 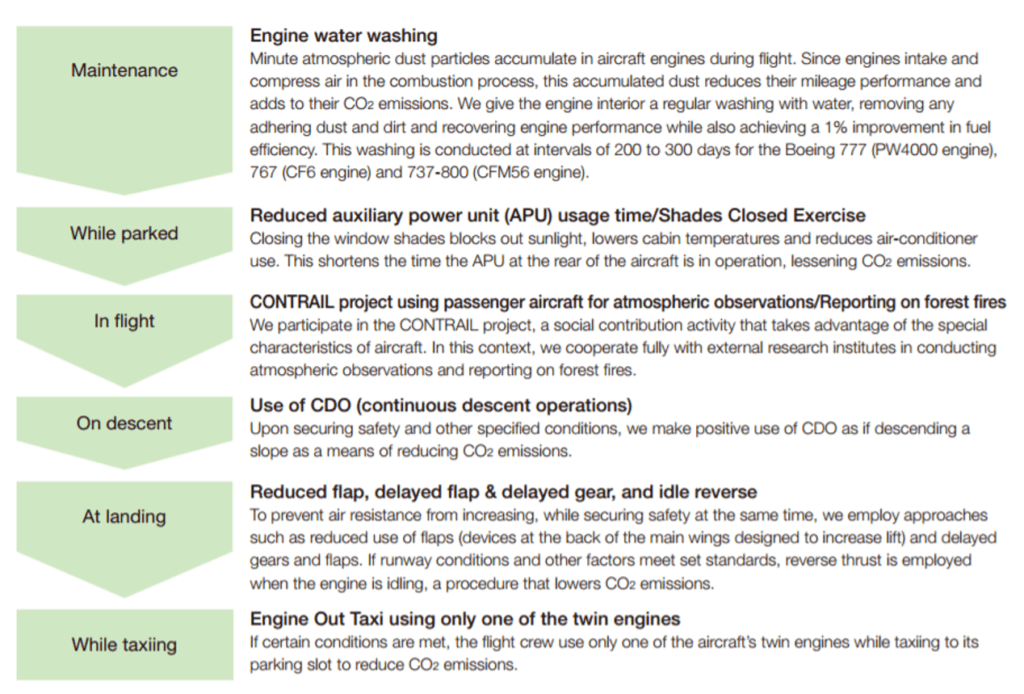 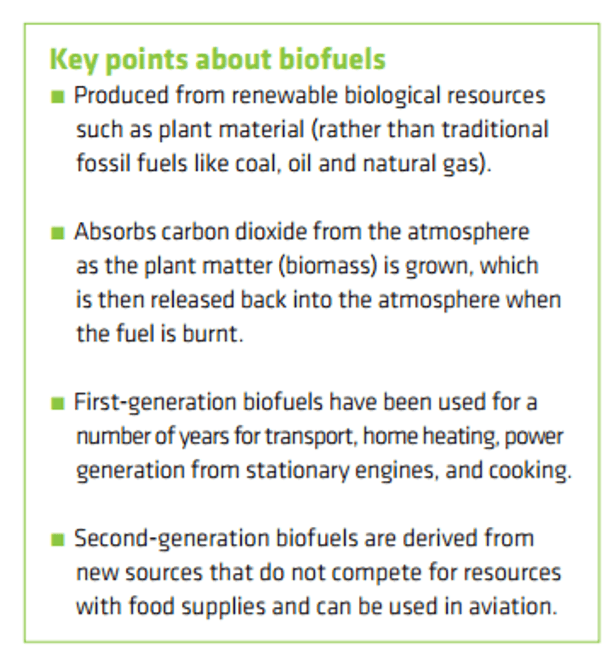