As the name might suggest, global health threats are best addressed with a global coalition of support. This clear, logical approach is directly threatened by the recent political trends towards isolationism. ViiV Healthcare in particular faces these threats. ViiV Healthcare is a global specialist HIV company formed as a joint venture between GlaxoSmithKline, Pfizer, and Shionogi, combining each firms’ respective HIV expertise. This was a savvy move – as Michelle Hoffman, editor of Pharmaceutical Technology, puts it “if it takes a village to raise a child, it seems to take a world to manufacture a drug” and combining teams from GSK, Pfizer, and Shionogi united top talent across the globe.1 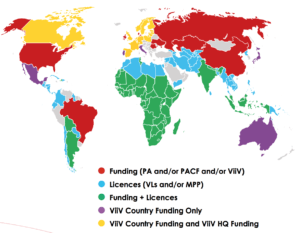 By this logic, political isolationism inherently threatens ventures like ViiV Healthcare across three broad, interrelated metrics: research, human capital, and funding. Isolationist immigration policies de facto limit the pool of talent available to firms by incentivizing highly-educated, talented scientists to travel across borders.3 This limits not only the candidate pool for healthcare initiatives but can also limit the wealth of ideas and research available. Examples of this exist across both borders and industries, but we’ve seen this nationalistic stifling of ideas in HIV/AIDS before. In the early 2000s the WHO published a report detailing the use of both biomedicines (traditional pharmaceutical solutions) and “traditional medicine” or “complementary alternative medicine”. Subsequent research here found that nationalistic ideas led to lower adoptions of and acceptance for non-native treatments of HIV/AIDS in India.4 In 2014 and 2015, the UN mandated supporting efforts to “rationalize resources, provide the strategic framework for a regional approach, as well as to ensure that our borders do not make it easy for the disease to escape.” The successful elimination of the Ebola outbreak serves to further underscore the power of global cooperation in facing global health threats and undermining isolationist arguments.5 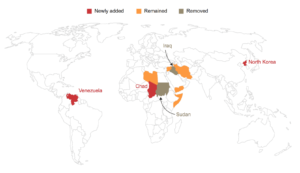 At a higher level, the research that is fundamental global health initiatives is often jointly funded by private firms and public entities. Donald Trump’s proposed budget includes deep cuts to the Presidential Emergency plan on AIDS Relief (PEPFAR), a source of funding accessed by ViiV Healthcare.9 Trump justifies these funding cuts by citing isolationist rationale similar to his stance on NATO – the US has done more than its fair share and no longer will support other countries ventures.  This is precisely the tit-for-tat, zero sum mindset that Dean Nohria explains the United States must transcend to be an effective global leader.3

Thus far, ViiV Healthcare mitigates the effects of isolationism in two key ways to various degrees across the short and medium term: diversification of funding and the government lobbying efforts of its parent companies.10 ViiV Healthcare’s collaboration with non-governmental organizations and private philanthropies such as the Clinton Health Access Initiative insulates it from any volatile policy making decisions at the federal level.11 The stability provided by sourcing funding from such a wide variety of entities provides an element of permanence and stability that is necessary to accomplish the largescale healthcare overhauls necessary to impact a disease space as complex as HIV/AIDS. Additionally, ViiV benefits by design from having aligned globalization incentives with its parent companies, GSK, Pfizer, and Shionogi. The lobbying power these firms bring to the table is a force to be reckoned with in the United States, and has already successfully persuaded Trump’s choices in both policy making and cabinet appointments. 12,13 While specific reactions to the proposed affiliate taxes from these industry power players have been muted thus far, action is expected prior to further congressional action. 8

In order to combat the harmful implications of isolationist political sentiment, ViiV (and pharmaceutical companies at large) should lean into globalization by leveraging supply chain digitalization. This is a particularly viable solution for ViiV given how much of their supply chain not only relies on transfer of information but is transfer of information. 14This paradign makes ViiV and other pharmaceutical companies uniquely positioned to be offshored in Alan Blinders’s “Third Industrial Revolution”. 15 Doing so allows ViiV to better survive any cost pressure as a result of increased taxes or decreased funding from their United States operations by realizing the cost efficiencies of a digital supply chain. Additionally, technological advancements in telecommunication will allow ViiV to work around the human capital limitations put into motion by isolationist immigration policies.

In light of how applicable this megatrend is across industries, I pose the following questions to ViiV Healthcare:

11 “ViiV Healthcare — What We Do.” ViiV Healthcare, www.viivhealthcare.com/what-we-do/we-research-and-develop-new-hiv-medicines.aspx.

Designed in California, Manufactured/Assembled in U.S.A.?

Student comments on Isolationism, the Antithesis of Innovation