When quartz watches were introduced to the world by Seiko in 1969, people predicted the demise of mechanical timepieces.  During the seventies, quartz watches, which were more precise and reliable, outsold mechanical watches leading to the closure and consolidation of many watch brands. [1],[2]  By the early eighties, only a few strong brand names survived; however, the late nineties exhibited a resurgence in mechanical watches as consumer tastes shifted back and reignited sales.  In fact, 2014 was one of the strongest years for Swiss mechanical watch sales since at least 2000.[3]

Sales since 2014 however, have been declining.  Most industry insiders credit the Apple Watch for much of the shift (announced in 2014; started selling in 2015).[4]  The advent of the Apple Watch and the smartwatch industry illustrates a new challenge to traditional watch brands, and TAG Heuer’s (“TAG”) response is the TAG Heuer Connected Smartwatch (“TAG Smart”).  TAG Smart is a smartwatch with the look and body of a traditional TAG Carrera mechanical watch.  However, it has a computer, instead of a mechanical movement, to power it and a round digital screen, instead of a traditional dial, to display information. 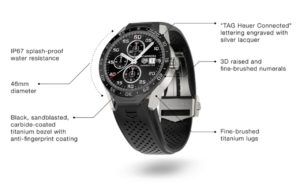 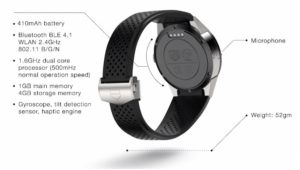 TAG, currently owned by LVMH, was formed through the acquisition of Heuer, a watchmaker established in 1860, by TAG, a high-tech manufacturer, in 1985.[5]  The advent of quartz damaged TAG temporarily, as the industry’s equilibrium shifted to include electronic watches.  But as mechanical watches regained popularity, particularly at premium price points, TAG benefited from the growth as one of the few remaining, prestigious brands.

The history of the smartwatch is filled with numerous hit or miss products, ranging from the Seiko Receptor in 1990 to the Microsoft SPOT in 2004.[6]  These watches were tools and meant to convey information rather than be worn for fashion.  The newest generation of smartwatches on the other hand, are not only functional, but attractive.  Industry pundits claimed that premium brands, such as TAG, would be relatively immune from these new smartwatches due to their different price points and target market.  The Apple Watch for example, retails for as low as $269, whereas TAG’s cheapest men’s mechanical watch retails for $1,000.[7]  Lower end watches made by Fossil/Michael Kors have indeed suffered materially since the release of the Apple Watch, but Swiss premium watches are starting to feel the pain as well. [8],[9] 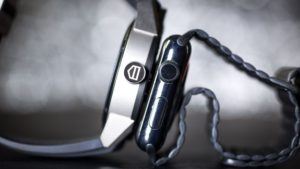 In general, the TAG Smart has been well received, or at the very least, begrudgingly accepted by the premium watch community as an inevitability.  Credited, in part, for the watch’s success is TAG’s commitment to sell the mechanical version of the TAG Smart at a discount should the buyer be disappointed.  Much like Tesla did for cars, TAG Smart is trying to become an accepted industry alternative in the premium Swiss watch market.  Looking forward, smartwatches will most likely redefine the watch industry’s equilibrium, and if TAG is to weather this storm as it did the quartz crisis, it needs to keep innovating.

What TAG Can Do Better:

The Android powered TAG Smart is decent, but issues such as battery life, variety of applications and phone connectivity need to be improved if they are to appeal to Apple Watch enthusiasts.  Furthermore, I would suggest that TAG investigate other approaches to dealing with smart technology in watches.  For example, a company called Chronos makes smart buttons that attach to the bottoms of mechanical watches and provide the same data to a smartphone as smartwatches.[10]  Other companies are instead adding wearable tech to watch bands, effectively adding smart capabilities to any mechanical watch.[11]  These seem like happy middle-grounds to mechanically minded purchasers who still want some tech.  Thinking ahead, TAG might consider investing in hybrid mechanical technology.  This would be a mechanical watch that powers a digital/smartwatch output.[12]

TAG should also consider doing something similar to BMW and its “i” line of electric/hybrid vehicles, and create a new brand for its smartwatch line.  This sub-brand would allow TAG to retain its storied heritage for its mechanical watch line and then create a new exciting brand for technology focused buyers.  Delineating this initiative would be important to establish TAG as both a traditionalist and a forward-thinking company.  Doing so will hopefully help TAG retain its current customer base while it steals potential customers from Apple.

Regardless of what TAG decides to do, keeping to the status quo and ignoring change will most likely lead to TAG’s demise.  TAG Smart is a step in the right direction, but further innovation will be necessary for TAG to avoid the already massive watch brand graveyard.

[4] Note: the explosion of vintage watch sales is also credited as shifting downward the sales of new watches.

[11] Hodinkee, January 1, 2015, “Introducing The Montblanc Timewalker Urban Speed E-Strap: The First Foray Into Digital Wearables From A Traditional Luxury Player Is Upon Us,” https://www.hodinkee.com/articles/introducing-the-montblanc-timewalker-urban-speed-e-strap-the-first-foray-into-digital-wearables-is-upon-us, accessed November 2016.

[12] Duncan Bell, March 21, 2015, “What we learned about the future of smartwatches at the world’s biggest watch show,” Techradar, http://www.techradar.com/news/wearables/what-we-learned-about-the-future-of-smart-watches-at-the-world-s-biggest-watch-show-1288968, accessed November 2016.

Student comments on Is TAG Heuer Out of Time?