With 10 million citizens and a staggering metropolitan area population of 25 million [1], Seoul has twice the population density of New York City and represents 50% of the entire population of South Korea. This mass urbanization has challenged the Seoul Metropolitan Government (SMG) to consistently enhance its transportation systems including subway, public buses, and car traffic control. Digitalization, including advanced data analytics and “smart” infrastructure, has been and will increasingly be a key tool to streamline transportation processes. For the SMG, digitalization has not only been used to increase mobility and convenience but also as a means to improve safety and integrate transportation with other aspects of city life.

For starters, Seoul’s subway is engineered to predict bottlenecks before they happen. “Smart” cameras measure how many passengers are boarding and how quickly they are boarding, and this data is used to adjust in real-time the speed and frequency of trains, smoothing out any potential supply-demand imbalances [2]. For one of the busiest subways systems in the world, transporting over 7 million people per day [3], the impact of this fine-tuned monitoring is massive. Furthermore, sensors on trains and tracks monitor components to check whether maintenance is required, thereby preempting a breakdown.

Seoul is home to the world’s first virtual supermarket where smartphone users can photograph bar codes of life-size pictures of food, toiletries, or electronics displayed on walls and platform screen doors for delivery that same day. High-speed free wi-fi in subways and 77% penetration of smartphones in Seoul [4] mean that this connected infrastructure is a practical solution for those who want to integrate their commute with on-the-go shopping needs.

Above ground, the Transport office (TOPIS) collects data from Seoul’s roads to anticipate problems in order to stop congestion from building up in the first place. Over 800 CCTV traffic cameras operate across Seoul and if an accident occurs, they automatically take a picture and post it on Twitter [2] and provide citizens with alternative routes, which also serves as a tool to re-direct car traffic to the subway or other forms of public transportation.

The SMG is also relying on data and high tech infrastructure to optimize bus offerings and solve the problem of expensive and oftentimes infrequent late-night travel options in the city. It worked with a telecom company, KT Corporation, to analyze the location data of 3 billion calls made during nighttime hours during the month of March 2013 [5]. It mapped these locations relative to the billing addresses on file. They were then able to deduce commuting movements of these individuals. Based on patterns in the data as well as an analysis of taxi rides, the SMG finalized nine optimal bus routes and introduced the “Owl Bus” which runs from midnight to 5:00am and costs KRW 1,850. For low-income commuters and students, this is a significantly cheaper option compared to a taxi ride, which costs approximately KRW 8,000.

And for the long-term, the SMG has set its sights on something quite daring. The Seoul bus system is revolutionary in its testing of online electric vehicle (OLEV) technology, by which electric buses are wirelessly charged by the roads they drive over. Electric cables are installed under the road and sensors on the car and road make sure that no energy is being leaked when there are no cars on the road [6]. Originally developed in 2010, the city is still working on improving efficiency and lowering costs to ultimately drive commercialization of the technology, though it must be questioned whether OLEV will ever be economically feasible given the disruption to infrastructure it requires.

Perhaps the ultimate goal long-term of the SMG, however, is best seen in its $35 billion investment to build an iconic smart city within Seoul that will completely eliminate the need for cars [7]. The Songdo project is currently under construction and only time will tell whether Seoulites adopt the idea. 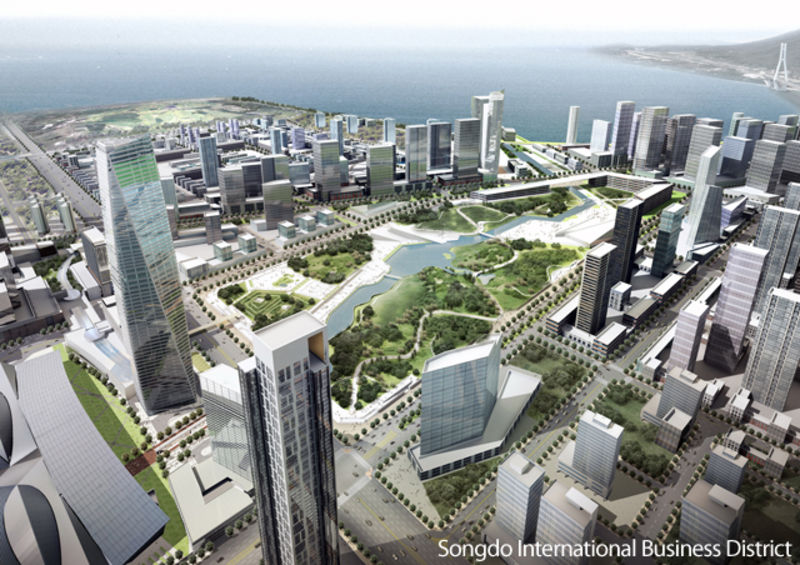 While developing digital initiatives is important, the SMG should equally be investing in controls to defend against potential cyber security threats. The more digitized the city becomes and the more it centralizes data, the more tempting it will be for cyber criminals to break into the data systems. Digitalization has many benefits but a major drawback is that one minor chink in the armor can cripple the entire system and potentially harm citizens.

One must also ask how can Seoul help serve as a model for other cities. Over 80 heads of transit from other countries have visited Seoul to learn more about its integrated city planning and innovative transportation system [8], but is this model replicable in all metropolitan cities?

And finally, despite the rapid urbanization that has spurred digital innovation, South Korea’s population, currently 50 million, is declining and projected to be only 34 to 44 million by 2060 [9]. Is the SMG over-investing in decreasing congestion if population decline alone will likely solve the problem in the long-run?

[9] Ibbitson, John. “A Bleak Future And Population Crisis For South Korea”. 2014. The Globe And Mail. https://www.theglobeandmail.com/news/world/a-bleak-future-and-population-crisis-for-south-korea/article21249599/.

Rise of the Machines: HBC’s Salvation or Destruction?

Student comments on In Seoul, the future of transportation is here.