The healthcare industry is ripe for digital disruption.  A young U.K. startup by the name of Babylon Health is capitalizing on the existing capacity of mobile phones as a medium to connect patients with general practitioners.  In fact, they have created an integrated digital health service which they aim to put “in the hands of every person on earth[i].”

The World Health Organization estimates a current global shortage of 7.2 million health care workers, a number it expects to double by 2035.  Babylon Health believes that diagnosis through technology can scale much more rapidly than the production of doctors[ii].  Founder Ali Parsa argues that the preponderance of our healthcare needs has little to do with hospitals, but rather simple diagnostics or consultations.  Yet we schedule appointments weeks in advance, take half the workday off, and wait hours to be seen[iii].  Babylon Health is attacking this inefficiency. 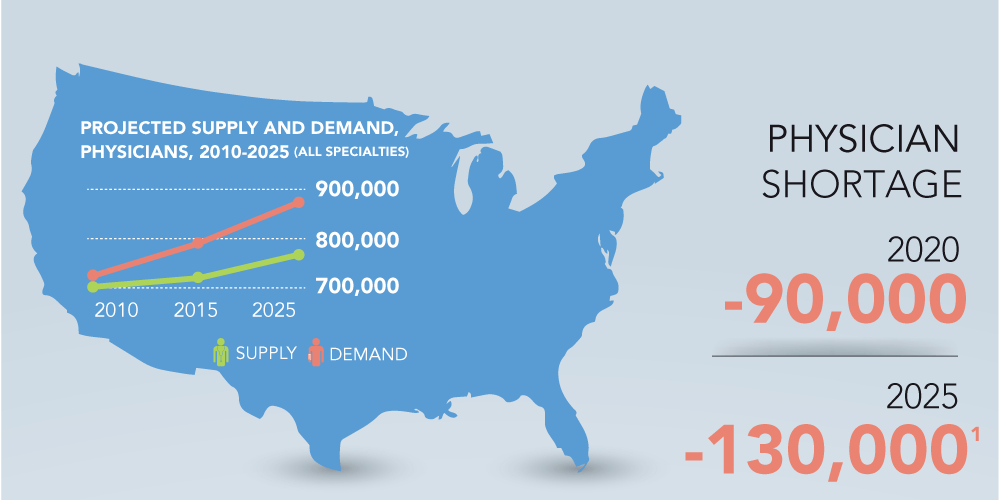 The company provides a subscription service through its smartphone app, which uses an A.I. chatbot to query and triage patients for a practitioner.  The patient can then consult virtually on demand with a general practitioner (GP) through their phone.  GPs diagnose and prescribe medication for delivery to the patient or advise an in-person visit if necessary[iv].  Says Parsa, “I’d trust a machine over a human any day of the week – and I already do…[e]ven highly-trained and competent medical professionals are not infallible[v].”  The company claims 92% accuracy in its diagnoses, while doctors and nurses are 82% and 77% accurate respectively.  Currently, the average doctor performs 7,000 consultations each year.  Such technology could dramatically improve overall capacity by decreasing patient traffic at hospitals, increasing speed and accuracy, and increasing patient throughput per doctor.  The A.I. will never replace doctors, but in the next 10 plus years it can be a more precise compliment while costing 80% less per hour to treat a patient[vi].

Critics are concerned that firms like Babylon Health are cherry-picking talented GPs away from an already dwindling pool.  Competitors like HealthTap employ 60,000 doctors, which are paid per consultation.  Babylon, however, employs a full-time cadre of 100 doctors, which minimizes the siphoning of existing GP pools, minimizes costs, and allows Babylon to offer cheaper prices than competitors[vii].  Others are wary that mobile treatment risks fragmenting health services to the public by attracting younger, healthier people while excluding those with chronic and mental illnesses, pregnant women, and elderly which require specialists.  While it is difficult to predict if this technology will further stretch or fragment the GP population, much depends on the integration and adoption of existing organizations.  Babylon does not intend to compete with the U.K.’s publicly funded National Health Service (NHS).  Rather, the technology is backed by the NHS, which has now reduced wait times to minutes[viii].  Such alignments should also serve to create synergies in allocation of GPs and reassessing hospital patient demographics.

Babylon has tested a variation of its concept in Rwanda for the past year.  The shortage of doctors and queues at clinics are no different, but austere environments and poor populations add a new twist.  Babylon set up kiosks around the country and now provides services to over 600,000 Rwandans for less than a dollar per consultation[ix].

As Babylon Health expands and experiments, it will certainly need to modify its technology in developing nations to achieve its end state.  Until mobile phone and internet can further penetrate developing markets, Babylon may have to modify its delivery mechanisms.  Most importantly, the company must transparently synchronize efforts with government and private health organizations to ensure a lasting solution.  Moving forward, should Babylon apply the “kiosk method” to reach other emerging nations before internet and mobile networks do?  Could this work in the current U.S. healthcare environment?

Never mind the calories, how much CO2 is in your meal?

Student comments on Hanging Gardens of Healthcare or Tower of Babel?