While increasing global isolationism threatens to destabilize global supply chains, farmers in the United States and Europe have historically benefitted from protectionist measures. The agricultural sector was exempted from post-World War II tariff agreements, a decision justified by the need to maintain domestic self-sufficiency. Developed nations have relied on a mixture of subsidies, price supports, production restrictions, and border measures to protect domestic agriculture. These protectionist policies are estimated to cost the average non-farm household in developed nations approximately $1,000 annually. [1]

Agricultural conglomerates such as Monsanto have captured the benefits of agricultural protectionism, since they are able to profit from a subsidized economy. However, Monsanto has shifted its business from a product-based model to an intellectual property-based model in recent years, and so isolationist policies pose a different set of risks.

During the late 20th century, Monsanto’s flagship product Roundup accounted for half of Monsanto’s revenues, and was delivered to farmers around the globe. [2] Today, Roundup comprises only 10% of the company’s annual revenue. [3] 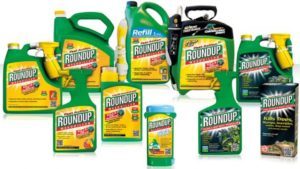 Protectionist economic measures put pressure on Monsanto’s supply chain by diminishing the incentive to produce new intellectual property. In the early days of its shift towards an innovation-driven business model, Monsanto acknowledged that it wasn’t able to invest significantly in Argentinian seed development, because the country’s weak property rights laws meant there wasn’t adequate return on innovation. [4]

In a more recent instance, Monsanto chose not to release a new generation of cotton seeds in India, and ultimately sold its cotton seed business there, after a bout of legislation with the Indian government on price control mechanisms and whether Monsanto can be compelled to share its intellectual property with local seeds companies. [5] 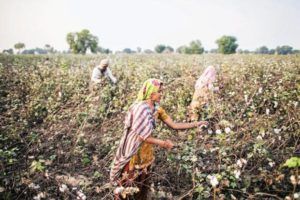 Monsanto has historically benefited from artificially inflated agricultural prices in developed economies. However, given its shift to an IP-driven business model, protectionist agricultural policies imperil its incentive to innovate new technologies, which are at the top of its current supply chain.

How is Monsanto Weathering Global Protectionism?

Perhaps because of its history of benefitting from economic protectionism, Monsanto has not taken particularly innovative steps to preserve their IP. Both its short-term and medium-term strategy to develop IP have relied heavily on mergers and acquisitions. In 2015, Monsanto attempted to acquire Swiss agrochemicals firm Syngenta, in an effort to improve its IP and its reach within Asia and Africa. After Syngenta rejected the offer, Monsanto has been pursuing a merger with German chemical company Bayer, which it believes will allow for increased innovation efficiencies. However, this proposed merger is still undergoing review by the European Union, which is concerned about the impact of the merger on seed prices and claims that it could lead to decreased innovation. [6]

How Else Can Monsanto Get Its Ducks in a Row?

Because of the time needed to develop IP, especially agricultural IP, effective short-term solutions are few and far between. However, by encouraging low-cost innovation in a wide variety of geographies, Monsanto may able to continue expanding IP at a similar cost. By sponsoring agrichemical science competitions in the vein of the Intel Talent Search, Monsanto may be able to reap the proceeds of creative new ideas in a wide range of geographies at a relatively low cost.

Over the medium-term, Monsanto should focus on creating intellectual property which can be applied to all geographies. Rather than investing in countries that are likely to increase agricultural protectionism or weaken property rights, Monsanto should focus on developing products that can be sold globally, with little additional marginal cost per new geography. This will the required return to develop new IP, although it may diminish the efficacy of new products.

Are there other ways for Monsanto to monetize its innovation in a political climate that is increasingly protectionist? Should they attempt to develop innovative talent inside the organization, or is their current merger-driven strategy appropriate? Should Monsanto limit its presence in certain economically inhospitable countries, as it did in India?

Climate Change and H&M: Is Sustainability the Answer?