2011 was a tumultuous year for Wal-Mart China.  The American retail giant found itself in hot water abroad as Chongqing authorities demanded closure of 13 stores for failure to comply with food regulations by selling non-organic pork with organic labels. [1]  The “pork scandal” illustrated the challenges of food supply chains in China, which are marked by inefficiency and fraud.  In recent years, Chinese food supply chains’ quality controls have failed to scale commensurately with surging customer demand for certain products.  The pork market in particular has been growing at breakneck speeds as China’s middle-class gains purchasing power.  While roughly matching American demand in the mid-1970s, today’s Chinese consumers eat more than six times as much pork as their U.S. counterparts. [2]  A major stakeholder in this market, Wal-Mart greenlighted a new effort in 2017 to mitigate risks like those exposed in the 2011 incident by using a nascent technology adopted from the fintech sector: the blockchain. [3]

Blockchain first emerged in 2008 as the technology supporting bitcoin, a digital currency that allows for trusted, peer-to-peer money transfer. [4]  The system enables distributed, cryptographic validation of transactions by multiple participants across a network without the need for an intermediary, such as a bank.  A network of computers, each operated by independent participants, works to record transactions on a single ledger, and this ledger is in turn updated to each node on the network, creating one source of truth. 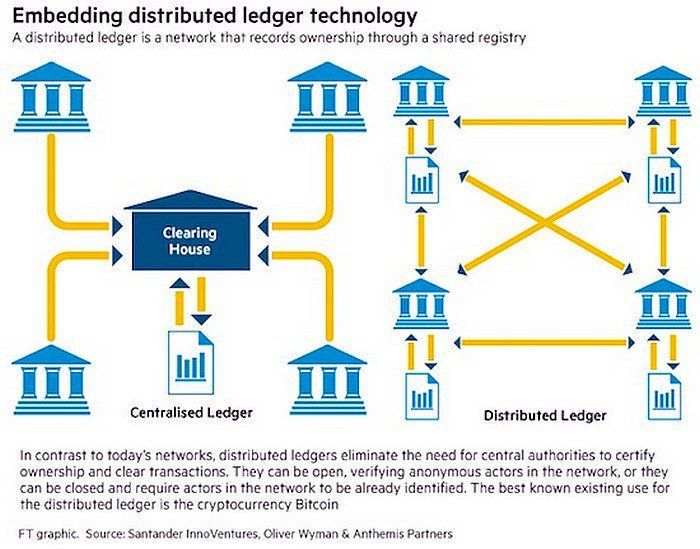 While originally designed for a payments application, blockchain technology can be adapted by Wal-Mart China to improve its supply chain operations and its related partnerships and environmental footprint.  Wal-Mart management aims to benefit in two primary ways in the coming years:

Blockchain may become a powerful asset for Wal-Mart as it embraces the digitalization of supply chains.  But to realize its full potential, management should consider taking additional steps beyond its current pilot implementation:

First, Wal-Mart should ensure it works towards a public, open standard (e.g., an Ethereum-based solution), rather than one it manages privately on its own or via a consortium with only a few voting stakeholders.  In the long-term, it is in the company’s best interest to promote a trusted, open standard to maximize network participation and avoid conflicts of interest associated with private and semi-private blockchains.

Second, Wal-Mart should test a marketing campaign with consumers that showcases the supply chain journey of its products to gauge customer reception to better quality and transparency with real data.  Measurable purchasing improvements or brand value based on such a campaign would provide the company with a business justification for further investment.

While immutability makes blockchain an ideal backend system for coordinating fragmented actors towards a single record of truth, challenges remain at the “edge” of the network, i.e. the point of data capture.  Participants in the blockchain-enabled supply chain will still need to emphasize compliant sensor systems and data capture processes to reap the “trust” benefits of the underlying blockchain.

Sponsoring development of a new supply chain protocol built on a blockchain also represents major governance challenges.  Wal-Mart will need to decide what role to play if it ultimately decides to take the open, public blockchain route, and may need to counterbalance its initial leadership with a long-term stance of neutrality to make the greatest bottom-line and social impacts.  One solution may be (1) tokenizing a new, Ethereum-based blockchain via a “supply chain cryptocurrency” sale, (2) encouraging wide distribution of these tokens to potential network participants, and (3) establishing pro-rata voting rights for such token holders.

Two key questions for Wal-Mart stand out in the near-term:

First, how can Wal-Mart best incentivize and coordinate fragmented participants its vast supply chain?  Second, how can the company ensure data input quality at the edge of the network to reap the full benefits of blockchain?

Could Ocean Acidification Take Oysters off the Menu and Destroy a Billion Dollar Industry?

Starbucks: How to Save Our Coffee from Climate Change