It is both ironic and unfortunate that a tropical island, among the lowest contributors to global greenhouse gas emissions, is forecasted to be the first casualty of climate change. The world’s lowest-lying country at five feet above sea level is highly susceptible to rising sea levels, ocean acidification, vagaries in sea surface temperatures and adverse weather conditions. By the year 2100, 77% of Maldives could effectively be underwater.[1]

Tourism and fishing are the main drivers of economic growth in Maldives with biodiversity-based sectors contributing to 89% of GDP and 71% of employment.[2] In 2015, 1.2 million tourists visited Maldives mainly from China, Germany, the UK, Italy and India.[3] Therefore, any significant dip in the revenues of these two sectors will adversely impact Maldivians. The Maldivian dream of owning a boat someday, one that is akin to the American dream of owning a home, seems to be drifting away. In fact, many Maldivians live in constant fear of tidal waves, while the area is witnessing gradual erosion of coastal territory, and struggling with unpredictable fish migration patterns.

The 2009 World Bank-promoted Maldives Climate Change Trust Fund (“CCTF”) embodies the moral obligation of government agencies and aid programs of developed nations to provide technical and financial expertise to disadvantaged coastal communities. The Australian government and European Union have offered a long-term commitment to assist Maldives in addressing the challenges arising from climate change through monetary support and sharing of technical best practices.

Under the CCTF, Australia and the EU have contributed $14 million in funding to spearhead a three-pronged strategy with the support of Maldivian government capability-building.[4] They have adopted a targeted approach by selecting specific geographic regions and involving local stakeholder participation to generate awareness and inculcate a sense of accountability.

Coral Reef Protection and Wetland Conservation: Wetlands and coral colonies play a crucial role in promoting tourism and fishing and serve as natural defenses against soil erosion and floods. A recent survey revealed that approximately 60% of coral reefs were impacted by bleaching on account of rising ocean temperatures.[5] Community-based drainage management, ecotourism and rainwater harvesting procedures have been implemented in a sustainable manner. A web-based technology platform was developed to aid private resorts in monitoring marine protected coral reefs. Rainwater harvesting and a desalination plant helped to mitigate the issue of limited groundwater resources.[6] 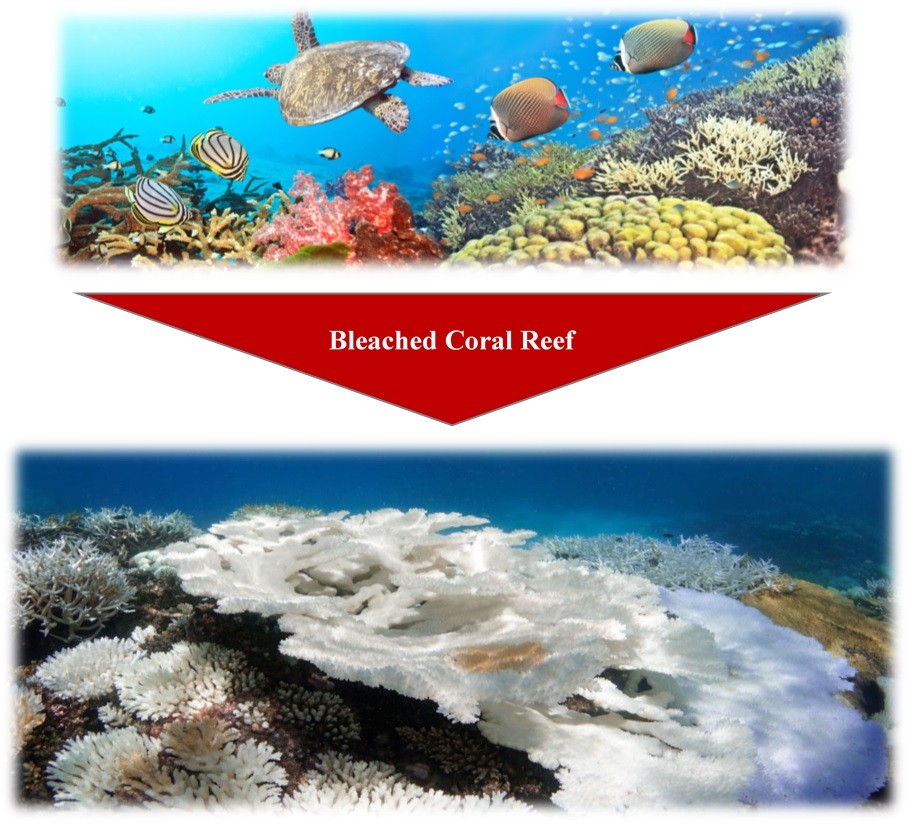 Clean Energy for Climate Mitigation: The tourism sector accounts for one third of the country’s energy consumption. Grid-connected solar PV systems have been installed on Thinadoo island to provide 300 MWh of annual renewable energy[7] so as to reduce fossil fuel consumption. In addition, several resorts have been encouraged to implement ecofriendly measures to contribute to greenhouse gas reductions.

Where the Gap Lies

The government agencies of Australia and the EU have played a meaningful role in Maldives’ effort to build resilience to climate change and generate awareness. However, one of the key drawbacks has been the lack of locally available skilled resources. The CCTF needs to invest resources to train public sector officials on biodiversity conservation and periodic assessment of development projects and collaborate with resorts to leverage the expertise of their marine biologists to help identify conservation strategies and track environmental quality.[8] Moreover, a dedicated approach to test wind energy potential should be adopted so to supplement the ongoing solar energy efforts. A bottom up approach by investing CCTF funds to educate students on natural resource conservation through environmental projects and curriculum changes can have a long-lasting impact.

Before donor fatigue sets in, the government bodies and the World Bank must advocate for additional assistance from other donor countries to continue to implement projects. So long as Maldives continues to promote initiatives such as the Kyoto Protocol, Convention on Biodiversity and the recent Paris Climate Agreement, and makes a concerted effort to conserve resources, it deserves the support of NGOs and foreign governments to build infrastructure and capabilities to defend against climate change.

It’s Maldives Now, But Who is Next?

Sea levels have been rising at 0.14 inches annually since the early 1990s.[9] If this trend is not curbed, coastal locations such as Venice, Florida and Maldives are exposed to the risk of getting submerged.[10] The global community should be entrusted to introduce measures to avoid large-scale human resettlement and protect the natural and cultural heritage of coastal communities from being lost to the sea forever. 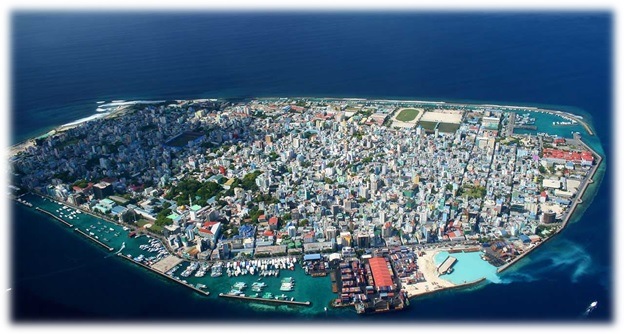 [1] Which Country Will Be First to Go Completely Underwater Due to Climate Change? EcoWatch, 27 June 2016.

In Love with the Cocoa – How Mars Inc. is Leading the Way in Addressing Climate Change