Symbolized by four 1s, Nov 11 is the so called “Singles’ Day” in China, a festival created to celebrate singleton. In 2009, Alibaba decided to use this day to promote online shopping. Similar to Black Friday in US, Singles’ Day Sales involves millions of shops offering huge discounts to consumers. The biggest difference is: all the participating retailers are online.

The impact has proved to be phenomenal. At the beginning everyone considered Singles’ Day Sales as a pure marketing ploy that will not be taken seriously. Yet now it has actually become the world’s largest online shopping event. Even retailers in North America has started to use similar strategy to promote Singles’ Day sales, just a few weeks before the traditional Black Friday. This year Alibaba reported a record 120.7 billion RMB (ca. $18 billion) worth of sales, a 30 percent growth from last year. [1]

Dealing with an average of 750 million USD sales per hour is not an easy job. It is estimated that Alibaba receives more than 140 thousand orders per second during the peak time on Singles’ Day. In contrast, VISA and MasterCard handle no more than 40 thousand orders per second. Alibaba used several mechanisms to deal with the challenge posed by this huge transaction volume. First, Alibaba used its “Ali Cloud” resources to share part of the traffic. Ali Cloud is a cloud computing service platform with operations across the different geographic locations, including Hangzhou, Beijing, Silicon Valley, etc. By utilizing Ali Cloud’s spare capacities and making different merchants share the same system resources, Alibaba is able to handle this huge transaction volume. Second, Alibaba developed its own database called “OceanBase”. In 2014 OceanBase carries out only 10% of all transactions and since 2015 OceanBase has been carrying out 100% of transaction without any omission. Behind this rapid growth is Alibaba’s constant investment in technology development. [2] 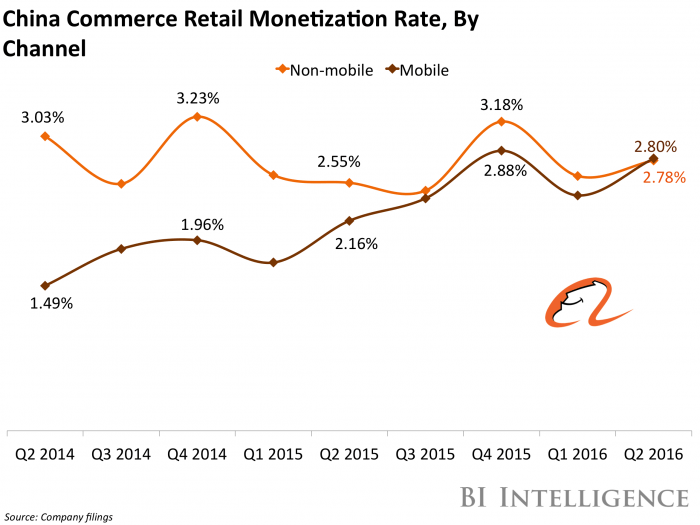 The issue of counterfeits has haunted Alibaba for many years. Early this year, Alibaba has launched an online platform aimed at countering fakes. The system will allow Alibaba to monitor suspicious listings and notify retailers that they need to provide independent proof of its authenticity. Retailers can also report whether their products have violated Alibaba’s rules and anti-counterfeit laws. [4]

With Alibaba’s sales volume, logistics is never a simple issue, especially in a country as big as China. In 2013 Alibaba formed Cainiao, a Fedex type affiliate, providing logistics solutions to millions of merchants online. The expansion of Cainiao has been phenomenal. Now it has 128 warehouses and 180,000 express delivery stations in China, providing same day delivery in tier 1 cities and next day delivery in tier 2 and part of tier 3 cities. And this is just the beginning of Alibaba’s ambitious plan in logistics. In 2015 Cainiao announced that it would invest another 16 billion USD in the coming five to eight years to “ deliver everywhere”. [5] 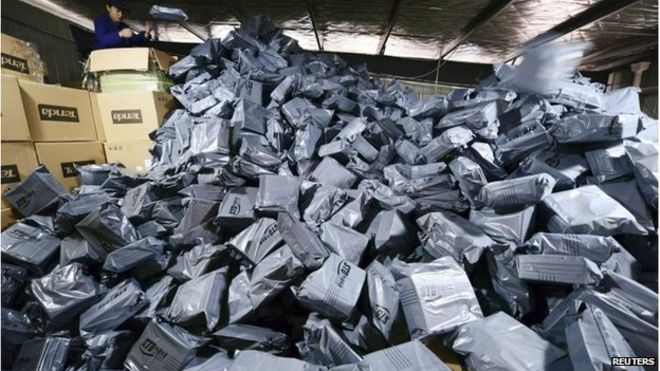 This year’s 30% growth is significantly lower than last year’s 60%, showing that consumers are becoming more reasonable and that Alibaba is facing more serious competition. Even though Alibaba is driving the whole Singles’ Day Sales, its competitors have quickly catch up by offering deep discount in their respective areas. For instance, JD.com, Alibaba’s local competitor that is more focused on consumer electronics, has seen 130% growth in its sales in 2015 Singles’ Day and 60% growth in 2016. JD.com also made significant investment in its own logistics system. Therefore, Alibaba needs to do more in order to differentiate itself from other competitors.

What US retailers can learn from Alibaba

Admittedly situation in US is very different from in China. It is very hard to imagine Amazon tell its merchants that they can only post things with at least 50% discount. Yet US retailers do can learn from Alibaba’s theme-building tactics. Now in China Singles’ Day is no longer about single people but rather everyone’s carnival. Perhaps US retailers may consider creating similar momentum to create topics and boost their sales.

Facebook for Business: Liking Your Way to Digital Transformation