With the Power Industry at a Crossroads, NRG Goes Renewables

The power industry has been at a crossroads. The slow-moving and non-innovative industry is facing a rapidly changing world because of climate change. New regulations focused on reducing greenhouse gas emissions and tackling climate change are being introduced at the state and federal level.1 Costly requirements for power plants to comply with air and water quality standards have put pressure on or forced many fossil fuel plants out of business.2 A manufacturing glut in Asia is dramatically bringing down the cost of renewables.3 Corporate, commercial and residential customers are becoming more focused on tackling climate change by purchasing clean energy and going “green.”4 While other industry players are doubling down on fossil fuels, NRG Energy is doing things differently. 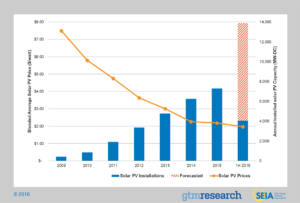 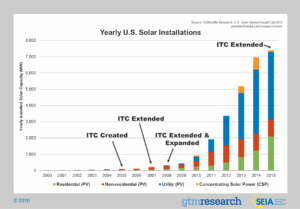 The largest independent producer of power in the U.S. with over 150 power plants (i.e., 50 GW of total capacity with 45 GW from conventional generation), NRG has become the unlikely champion of clean energy, making a major push in the space over the past decade with over 5 GW of renewable assets including solar PV, solar thermal and wind.5

How did this traditional energy company transform itself, becoming a clean energy giant in less than a decade, and shake the rest of the industry out of complacency? While its competitors have seen climate change as a threat to their existing business because of costly regulations, NRG has viewed it as an unparalleled market opportunity to transform itself, diversify from its existing commodity-driven conventional generation portfolio, and create significant shareholder value.6 The combination of new state renewable requirements, federal stimulus dollars and tax incentives has made investing in clean energy extremely financially attractive.

In its 2010 investor presentation, NRG made its objectives very clear: 6

Entering clean energy and investing billions was based on the assumption that NRG’s core operating model developed from its conventional generation experience actually fit well with what is needed to succeed in this space. The operating model did not have to change significantly. It just required some thoughtful refinement to fit new renewable technologies.7

NRG has made significant progress with this strategy over the past decade. It has created a dedicated renewables business that is one of the industry leaders, entered new sectors via greenfield and acquisition, and has positioned itself as a key partner for large corporates looking to go “green” such as Whole Foods and MGM.9 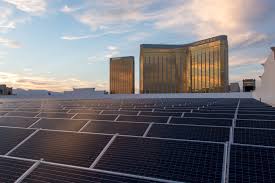 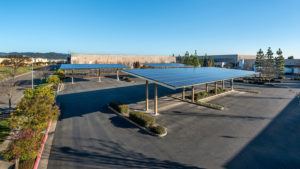 It realizes that clean energy is an attractive asset class and where the growth of the industry lies.

As climate-change driven regulations continue to put more pressure on NRG’s existing coal and gas fleet, the race to diversify and build more renewables is on. A major challenge will be how to satisfy shareholders that invest in NRG for its conventional generation business. Crane was ousted recently by the board, in the opinion of some, because of his significant renewables focus.10 The company’s strategy of investing in renewables while continuing to de-risk its core business might only work for so long with a non-purely “green” investor base. NRG needs to think about its long-term financing strategy to ensure investors will stay with the company on its renewables journey. The reliance on tax incentives which are scheduled to phase off is also a threat. NRG should focus on reducing costs ahead of that drop-off to ensure projects can remain viable.

There is also significant growth in international renewable markets such as South America and India. As climate policy puts pressure on countries to reduce emissions, they are increasingly raising their renewable targets. While NRG is building out its U.S. presence, it needs to also devote resources and allocate capital to foreign markets. Once other companies achieve first-mover advantage, NRG might miss out on the incredible opportunity created abroad by climate change. 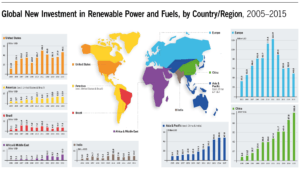 Florida’s Coastal Property Insurance – Who Let the Rain Out?

H&M: Root of the Problem or Key to a Solution?

Student comments on Adapt or Get Left Behind: How NRG Reinvented Itself from a Fossil-Fuel Company into a Clean Energy Giant