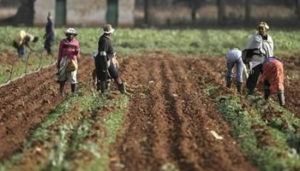 Poverty has long been a word associated with Africa and its inhabitants. While the aforementioned association has often been overstated and inaccurately applied, in some ways the veracity of the association cannot be denied. Of the approximately 915 million people living in Sub-Saharan Africa, less than 300 million have access to electricity via the national grid[1]. As such, to suggest that Africa is in “energy poverty” would not be a misnomer but the stark reality of the African condition. As a result of the lack of available power on the continent, debates around how to bridge the power deficit have been prevalent. Many have decried the unrelenting calls for Africa to turn to sources of alternative energy to bridge the power deficit. Alternatively, there are many, cognizant of the degradation of our environment that fossil fuels/traditional power generation have caused, that promote the use of alternative power generation. Changes in weather patterns, droughts, and current and future pressure on food and water supply clearly reflect the investment case for sources of alternative energy. As Kofi Annan, former UN Representative, succinctly put it, “No region has done less to contribute to the climate crisis, but no region will pay a higher price for failure to tackle it”[2]. While I tend to err on the side of economic development for Africa (traditional power generation as a necessary evil) before considerations of climate change, entrepreneurs far better than myself set out on a mission to achieve economic development sustainably.

The co-founders of SunCulture, Samir Ibrahim and Charles Nichols, initially set out to impact the development of Africa in a sustainable way. Upon visiting Kenya and seeing small-hold farmers use generators to power irrigation systems to generate harvest in an inefficient, costly, and environmentally unfriendly manner, the two co-founders knew a business opportunity had presented itself. The two formed SunCulture in Nairobi, Kenya and began designing, manufacturing, and distributing solar-powered irrigation systems and services that make it easier and less expensive for farmers in Africa to grow quality produce. The company’s AgroSolar Irrigation Kit™ replaces expensive fuel pumps with a more efficient solar powered solution. The solution uses solar power to pump water into a raised storage tank, with the water then sent through irrigation lines to crops. SunCulture’s system not only increases a farmer’s yields by up to 300% but also alleviates water usage by up to 80%. As a result of SunCulture’s novel technology and continued business expansion, current SunCulture farmers will save 370 million gallons of freshwater, generate ~84,000 kilowatt hours of renewable energy, and grow ~20 million pounds of produce in the next year[3][4].

In my view SunCulture and its applicability to the African context seemed idealistic and unlikely to succeed at the time of launch in 2013 (due to a poorly informed negative view about price competitiveness in the local environment). However, the company has benefitted massively from many of the secular trends in the alternative power generation industry. Having been forced to innovate due to global concerns around climate change, the solar industry has seen the cost of power production decline precipitously. Solar Energy Industries Association has estimated that solar instillation prices have dropped ~70% over the last 10 years[5]. Today SunCulture’s product cost just $400 per acre compared to over $1,000 for traditional drip irrigation (typically powered by petrol generators due to lack of connectivity to the national grid). In addition to market competitiveness, SunCulture’s use of alternative, clean energy makes it an attractive destination for capital. In 2011 the African Development Bank committed approximately $10 billion to climate-change/ low carbon development projects in Africa[6]. Such commitments to sustainable development have been made through various institutions in Africa and abroad and SunCulture has been able to access this capital to scale and grow its business. In addition to capital, it’s not inconceivable that tax credits will play a future role in SunCulture’s growth.

Due to the natural competitive advantage SunCulture has had relative to incumbent competitors from the idea generation stage, the company is well placed for success going forward. However key considerations remain. How will the company deal with competitors who try and mimic their product? How will the company continue to scale? Getting small-hold farmers access to financing in Kenya in order to purchase SunCulture’s products is of paramount importance. Given the low banking penetration of the agriculture industry, traditional banking partners are unlikely. Working in partnership with development institutions, multilateral agencies, and government institutions to provide small-hold farmers with financing should help the company continue on its current growth trajectory, thereby enabling the company to continue to scale, fend off competition, and provide massive economic benefit to Kenya in a very sustainable way (780 words).

From Cocoa Beans to Coffee Berries: How Nestlé is Preparing for Climate Change

Toyota: The XXI Century Race to the Moon

Student comments on A Case for Solar-Powered Irrigation in Africa