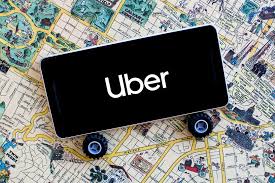 Previous to entrance of Uber in public transportation market (in 2009) the service provided by taxis, in general, was very deficient and expensive. Uber’s entrance broke the monopoly that taxi drivers had in each city, particularly in airports.

Uber’s unique innovation to create an app in which supply and demand of transportation services could be met through a digital platform embodies how a traditional industry can be disrupted from day to night.

Even though Uber still does not make profits it has a market cap of us$72 billion, which is a demonstration of how the investor community recognizes Uber’s disruptive model and potential. On the opposite, traditional taxi services are in decline and/or trying to adjust their services to the new reality of fierce competition by Uber and now other app providers (Lyft).

There are 75 million active Uber riders across the world[1] and is now available in over 80 countries worldwide. Taxi services tend to be local and thus do not have economies of scale, which they can leverage upon. Taxi drivers have lowered their rates and improved significantly their services (to the extent of implanting new app services) in an effort to try to overcome Uber’s competition.

Over 3 million people drive for Uber and the average Uber driver earns $364usd per month[2]; these were jobs that did not exist prior. On the contrary, the majority of taxi drivers around the world have bigger labor constraints due to Union policies, which makes their labor force obsolete.

Uber is taking advantage of the lack of regulation for digital rideshare services in the majority of the countries where it operates, this has helped them to have bigger leaps in the their market share (Figure 1). It is in Uber’s best interest to devote resources (economic and human) to develop and lobby industry regulation that work to their advantage. On the contrary, taxi services have a historical political dependence to government due to their Union dynamics, which gives them competitive disadvantage. In addition to this, the ownership of smartphones is rising in emerging economies, which gives them additional advantage in their market penetration (Figure 2 and Figure 3) in many of the countries where they are operating.

Uber has had a first mover advantage, allowing it to reach a 75% market share within the rideshare industry in the US[3]; however this market share would tend to decline, as there are new entrants into the market and the market will start to consolidate, which will have a beneficial impact for users since it will lower the cost of rides. 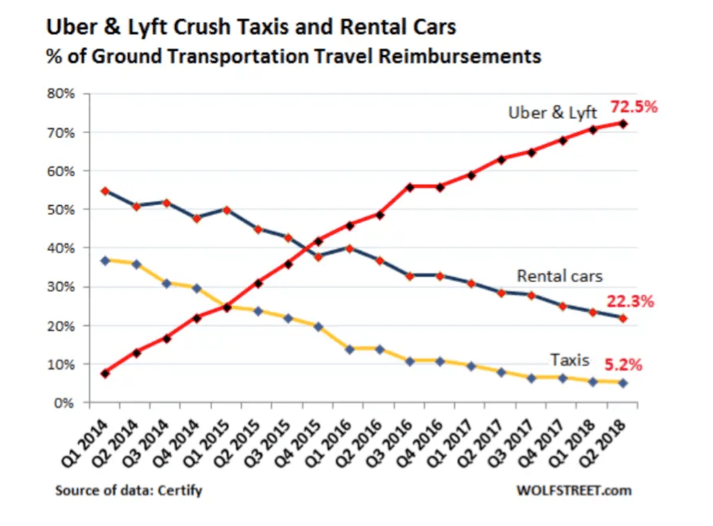 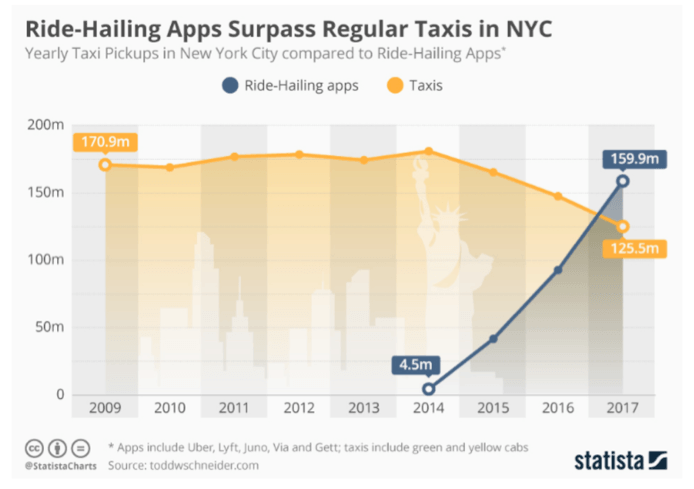 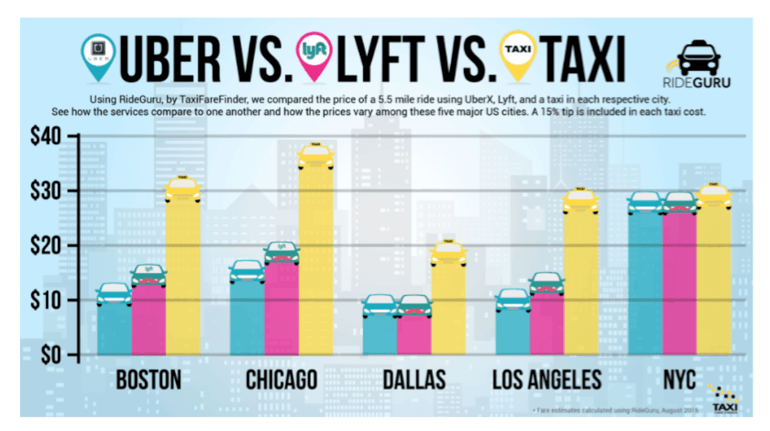 Door to door experience is one of the most transformational capacity within the rideshare services, before this, time and location were a big component for finding a taxi provider in many of the cities where Uber operates. The agility to open an app at any time and any place (where the Uber service is installed) is a big game changer, before this, you must be in a location near taxi transit and/or know the telephone of the local provider with the disadvantage that there might not be service provider at the time and place needed.

In addition to this, price and transaction processes were also a big innovation moment. Not having to carry cash (or obsolete credit machines) and making price ranges (and its demand variations) transparent for users is also one of the big benefits for user experience in the app services. To the date, there are still taxi services in major cities that have overpriced services and are not clear to the price tabulation criteria.

A big lesson learned in this digital disruption is that an industry that is arrogant as a result of no competition will have its days counted. In digital innovation and transformation there are risks and opportunities, in this case we have seen a huge opportunity for a new incumbent and a major threat for a long-standing outdated self-assured monopolist service.

The rideshare market has democratized the public transportation experience and with its users feedback and the companies’ thrive they will continue to innovate in service proposition, as trusted by their investors, that keep rewarding them with valuations, with enormous benefits for end users.