I grew up on Sony devices, appreciating the brand, high quality, sophisticated engineering, thought in every detail and had many cheerful childhood memories with Sony Walkman. I also visited Sony Computer Science Labs in Tokyo, Japan on 1/24/2017 and I met amazing people there. Despite all my love to the brand, I must declare Sony as a loser in digital transformation.  I will focus on one of the major segments: music. However, I think the lack of efficient digital strategies in the music branch apply to other branches of Sony Corp. 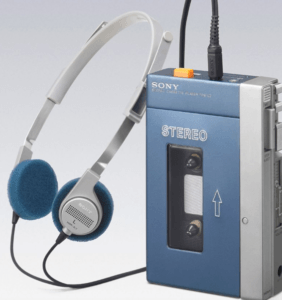 Sony Music Entertainment (SME) is an American music company and a wholly owned subsidiary of Sony Corporation. SME owns prominent labels around the world such as Columbia Records, RCA Label group etc. Through these labels, they produce hundreds of artists, including Shakira, Jimi Hendrix, Foo Fighters etc. SME has traditionally followed a vertical approach, utilizing technologies and products of parent Sony Corporation. It has had capability to produce and distribute their own physical copies of CD’s, develop and market music players such as Walkman and their own software to play music. Therefore, when Sony Corp Launched its own music subscription service Music Unlimited in the US, Australia and New Zealand on Feb. 17, 2011, it was not only about the consumer electronic devices on which the platform was going to be run but also very much about the SME and the companies press release read: “Users can play music any time through “Music Unlimited powered by Qriocity” on a wide variety of Internet-connected Sony devices including Sony’s 2010 and 2011 models of network-enabled BRAVIA® TV, Blu-ray Disc™ player, Blu-ray Disc Home Theater system, PlayStation®3 computer entertainment system as well as VAIO and other personal computers. All existing PlayStation 3 computer entertainment systems in these countries will have access to the service. It will also become available on a wide range of Sony’s portable devices, as well as on Sony and third-party Android-based mobile devices and other portable devices.” [1] 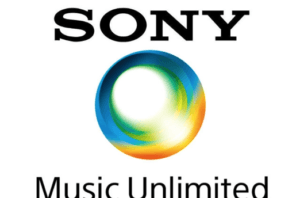 The strategy was to leverage variety of devices that Sony Corporation had produced, combined with rich labels Sony Music controlled and provide an alternative way to listen music for consumers by streaming over servers controlled by Sony. Service had wide access, almost every song that is available on Spotify could be found on Music Unlimited. It also had the above mentioned advantage over Spotify as Sony had control on some of the consumer electronics market, especially a large portion of the gaming consoles hence Sony could pre install the relevant software before shipping the product. Although, this strategy seemed to make sense, Sony Music Unlimited failed to do well and the service was closed by March 29, 2015 [2].

Why the Strategy Failed

In my opinion, the following factors of Music Unlimited clearly indicate a lack of understanding on consumer behavior and expectations: 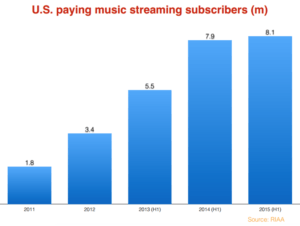 Number of paying music streaming subscribers in the US

I’d like to point out Music Unlimited was on the market almost 4 years before Apple Music, which as of November 2016 had 13 million subscribers, up from 11 million for February 2016. Even though software development is not as technically complicated as hardware development, history shows that traditional hardware companies miss the importance of user experience and make simple errors. Digital transformation requires a customer centric approach and is not forgiving of such errors.

Toys “R” Us: Now Cast in The Walking Dead

Student comments on Music Unlimited – Sony Lost This One As Well