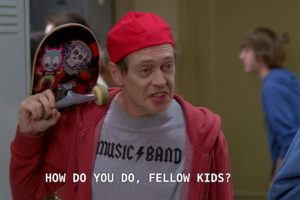 Corning is not a household consumer name, and they tend to prefer it that way. But in one way or another, their ‘analog’ products have complemented cutting edge technical innovation to make consumers’ lives better. They were one of the first large-scale manufacturers of glass enclosures for the filament light bulb, bringing the cost of the product down and allowing for wide-scale adoption of Thomas Edison’s invention. As their website proudly states: “The design [was] so successful that by 1908, these glass envelopes account[ed] for half of Corning’s business” They were also the inventors of Pyrex, glass bulbs for CRT tubes, and the inventors of fiber optic cable. They’ve historically had significant but predictable success, barring a few major catastrophes. 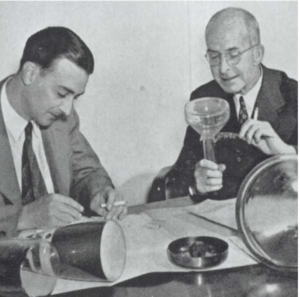 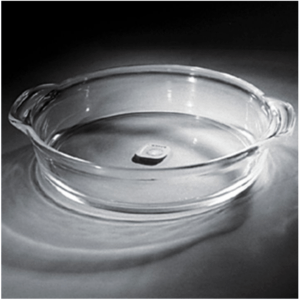 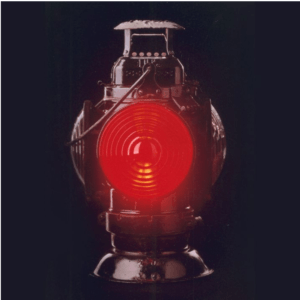 Corning is the undisputed world’s leader in high-end glass, and it invests a huge amount of resources into R&D to keep ahead of the competition: according to Seeking Alpha and Corning’s filings, the company spends approximately 10% of revenue on R&D each year, which is roughly triple the industry average. They consider this a competitive advantage: they press their advantage in their industries by outspending their competitors and keeping the tech gap wide. As a result, their technology tends to be (for the glass/ceramics industry) cutting edge, and therefore relatively more expensive. Corning therefore must target the higher end of the electronics and smartphone markets, which themselves are (by definition) subject to quicker advancements than the mid to low end.

The old adage about half of marketing spend being wasted may also apply to R&D. Indeed, a lot of companies may be wasting that money: Strategy&, the recently renamed consulting division within PWC, found no statistically significant correlation between R&D spend and sustained financial performance in across sales, profit, market capitalization, and shareholder returns metrics. The problem, Strategy& opines, is the difference between technical risk and market risk. Technical risk is a measurement of the ability of the company to discover new products and technologies; market risk is the ability to deploy those in sustainable business models. Corning indexes highly on being able to produce new technologies and patents; but it has historically been challenged when it comes to developing new markets.

Their strategy is a result of both the industries they serve and the historical context of the company. Their last direct brush with consumer left the organization scarred when dot-com bubble burst in the early 2000s, and their huge bets on telecom caused the stock to drop by 99% in a matter of months. Combined with the extremely long average tenure of their employee base and leadership, it’s no surprise the institutional inertia has caused deep resistance to new consumer bets. Their aversion to consumer-oriented branding and marketing means they have let these capabilities flounder while their proverbial shelves get more and more full of unused and under-used technologies. For most of the history of the company, this strategy would have little downside. But the market today is different, filled with activist investors looking for slow-to-adapt legacy companies with wasteful spending habits. Corning has spent a lot of time thinking about how to frame the various business units of the company into what can be sold as a coherent and comprehensive business plan, with platforms, enabling technologies, core competencies, and other investor relations buzzwords designed to capture future tech under a wide, vague umbrella.

As a result, most of Corning’s most successful new applications have been the result of demand pull, rather than push, through either an obvious market need (e.g. durable glass for train signal lights), new regulations (e.g. emissions regulations in the 70’s that prompted new need for catalytic converters), or direct government contracts (e.g. Hubble). The really and unexpected demand pull moment, though, came in 2007 before the release of the first generation of iPhone. A 2012 Business Insider article captures the moment:

“Steve had been using a prototype iPhone for a few weeks, carrying it around in his pocket. When his lieutenants were assembled, he pulled the prototype out of his pocket and pointed angrily to dozens of scratches on its plastic screen. People would carry their phones in their pockets, Steve said. They would also carry other things in their pockets–like keys. And those things would scratch the screen. And then, with Apple just about to ramp up iPhone production, Steve demanded that the iPhone’s screen be replaced with unscratchable glass. “I want a glass screen,” Steve is quoted as saying. “And I want it perfect in six weeks.” The glass itself would come from Corning, an American company.”

According to Corning lore, Steve Jobs picked up the phone and called Wendell P. Weeks, who had been made CEO two years prior. Wendell Weeks was the heir apparent for many years before that, hand-selected by his predecessor and family owner Jamie Houghton, in whose family Corning has remained since its founding in 1851. Having been handed this role by his mentor, and realizing the potential value of the opportunity, Wendell Weeks quickly agreed to supply massive amounts of experimental hardened glass to Apple for use on its iPhones. The glass, which would later become known as Gorilla® Glass, was highly resistant to breaks and scratches, while also being thin and light enough to enable the capacitive touch-screen tech that underpins iPhone screens.

The venture was enormously successful, prompting Wendell Weeks to create an entirely new business unit dedicated to the iPhone. The new division quickly became one of Corning’s most important and most risky, forced to adapt to the annual drumbeat of new phone releases and ever-changing nature of consumer tech with the promise of continued dominant market position as its reward. Corning had hitched its wagon to a rocketship – all it could do was hold on tight.

As the Apple lesson proves, the market opportunity for new technology in glass is large and is only increasing. Touch screens are becoming standard UIs on everything from thermostats to car stereos, and manufacturers are increasingly placing premiums on features like lightweight, strength, flexibility, anti-glare, anti-smear, water-repellent, etc. in glass inputs.

Corning, to their credit, recognizes this potential value. In 2011, they released a hugely successful concept video entitled “Day Made of Glass”, in which the viewer was treated to several visions of a near-future world where interactive, flexible, and smart glass was ubiquitous.

To date, the video has garnered over 26M views, making it the “most-viewed corporate video of all time” according to Marketing Daily. But since then, there has been little follow-up on the video, despite a lot of internal chatter and discussion. The organization still struggles with capitalizing on consumer enthusiasm through either expanded branding/marketing capabilities or through more consumer-facing products. In other words, the company has failed to master market risk.

Despite their R&D investments, the company is not future-proof. Their ‘single-use’, high-risk attachment to fast-moving consumer tech companies, high R&D expense, and resistance to owning their own branding prevents growth in the company and may make them an activist target in the future. If the leadership wants to prevent this outcome, they need to learn what lessons they can from the telecom crash and mitigate risk, but quickly need to build capabilities to enhance their branding and open new markets proactively. Otherwise, they may be victims of the vicissitudes of the tech industry, and get left behind.

Deloitte X : How to Reinvent Consulting

Student comments on How Do You Do, Fellow Kids?