How did a small player such as Coffee Meets Bagel manage to compete and win market share from a $3 billion market leader Tinder?

Online dating is one of the most interesting platform business. Despite being around as a web-based business for a very long time, the business exploded in 2014 through an app-based program called “Tinder”. The dating app giant originated from inside Hatch Labs in 2012. By 2014, Tinder hit one of the most important milestones for the company. In spring of 2014 Tinder hits one billion matches. By summer of the same year, Tinder hits 2 billion matches. Today Tinder has $3 billion valuations with ~26% market share in the US. 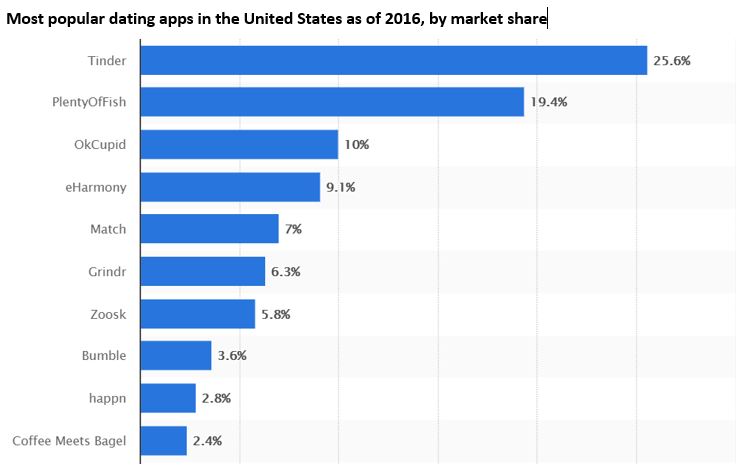 How did the company that seems to miss the first mover opportunity but still able to stay in the business?

There are three key factors that allow Coffee Meets Bagel to compete in the market.

First, the strong network effect nature of the industry helps Coffee Meets Bagel scale and maintain market share. The company differentiates itself by focusing on female user experience. All the male profiles shown to female already select the female. It is then up to the female to make the final decision whether to start the conversation. Bumble, the other startup also follow the same strategy. By appealing to female users, especially Asian, Coffee Meets Bagel was able to start the network effect. The company can then attract a lot of male users through strong networking effect nature of the industry. Furthermore, although the network effect is mostly local for ease of meeting up there is also a global network effect. If there is enough female user base the model will work anywhere in the world. For example, most recently in, Thailand the company was able to leverage international student and expatriates community to start the network effect.

Second, the industry has a high multi-homing effect. Because most of the applications use freemium model there is limited switching cost for the customer. Furthermore, it’s in all the user interested to meet as many people as possible to find their true soulmate. It is very common for users to install multiple dating apps at the same time. This allows for smaller players to stay in the game and maintain market share. In a way, the larger player with a high budget for advertising helps support the adoption rate for the smaller players with limited advertising capability.

Third, the company has one of the highest rates of paying customer. From a survey conducted by Statista, as high as ~34% of Coffee Meets Bagel users are paying to use the app. This is the second highest rate among top dating apps. 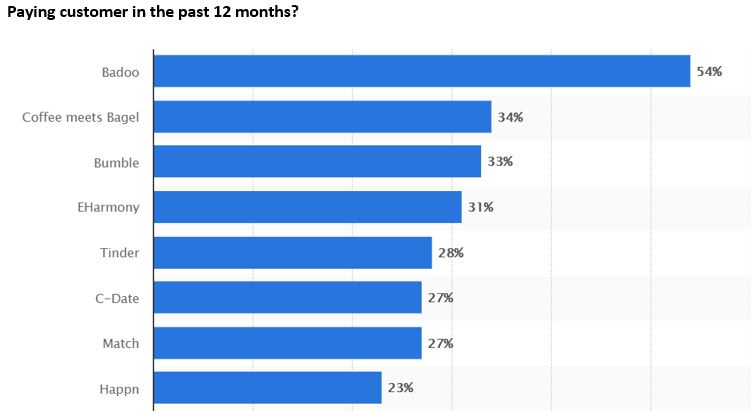 Grubhub – Easy for the customer, hard for the restaurant?

Student comments on How did a small player such as Coffee Meets Bagel manage to compete and win market share from a $3 billion market leader Tinder?