Overview of the case

On December 7th, 2016, Ms. Tomoko Nanba, Founder, Representative Director and Chairman of the Board of DeNA, made a press conference to apologize the scandal about its medical information business for its systematic engagement in providing unreliable crowd sourced information and plagiarism.

Ms. Tomoko Nanba, a former McKinsey consultant and HBS alumna (Class of 1990), has founded DeNA in 1999. The early history of DeNA was a provider of online auction platform. The company listed on Tokyo Mothers (equivalent to NASDAQ of USA) in February 2005 and on Tokyo Stock Exchange in 2007. She took many important social roles such as the member of IT Strategic Office of Japan Cabinet and the member of the Council for Regulatory Reform of Japan Cabinet. She was seen as the role model of female entrepreneur and her business flourished and expanded from e-commerce to game apps development and professional baseball team management, including curation media business which caused the scandal. 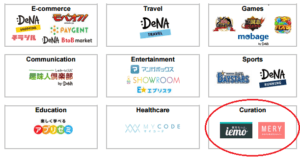 The problem surfaced in October 2016 when people found out that the advertisement article of WELQ, the medical curation media platform of DeNA, comes up in the top ranking of the search result when they put certain keywords such as “want to die”. It faced the public scrutiny and the major online media Buzzfeed published a whistle-blowing document containing insider manual of WELQ. The document revealed the systematic engagement for the malpractice of the company. The major problems of their engagement were the use of crowd sourced articles from non-experts and plagiarism.

First, WELQ solicited articles with explicitly stating “anyone can write” and offered only Yen 300 to Yen 500 (USD3 to 5 equivalent) for a 500 to 1,000 word article. Buzzfeed and media criticized that the price was too cheap and accused the company that they implicitly encouraged plagiarism from other sources as the price did not make sense to write an article from scratch. As the result of the guideline, WELQ obtained and provided more than 100 new articles per day, leading increase of viewers and, ultimately, advertisement clients. As a result of the practice, it obtained more than 6mn users per month when the problem was revealed. However, there were also so many articles and information which were not factual or accurate.

Second, more explicitly, the insider manual clearly stated that writers should utilize other media resources as references. Moreover, the manual recommended writers to change the wording of the sentences of which they used as references. These guidelines were the clear evidences of the organizational involvement in the plagiarism and the infringement of copyright.

This was the first case that the accountability of the curated information was focused in Japan. Amplified by DeNA’s social status as the founder was one of only few succeeded female entrepreneurs and highly regarded in Japanese society, the public criticism was really harsh.

Even though the financial impact of the scandal to DeNA was only Yen3.8bn (USD40mn equivalent) impairment loss due to closing its 10 online curation sites, the impact of the loss of trust was tremendous. The stock of DeNA plummeted 42% (from Yen3,820 to Yen2,364) and it lost Yen220bn value (USD2.4bn equivalent). 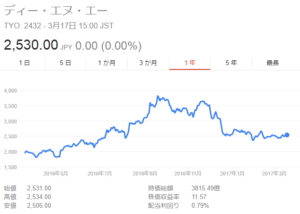 The case taught us that the company should be responsible to what it provides to users, especially if the potential impact of the products / services/ information could be huge. In DeNA’s case, it could have reduced the level of social infuriation if the curation media did not focus on medical and healthcare. Of course, the best course of action is to be accountable of the information it provides and set the stringent screening process to conduct reference check of writers and articles, in order to guarantee the accuracy and legitimacy of the information.

TripAdvisor’s FlyScore: Not yet harnessing the power of crowds