If you ever asked a stranger which product defines America’s #1 food export in the world, there’s an inescapable chance that they will mention a hamburger. But, like any commoditized product, the need to stay ahead and maintain a competitive advantage through traditional methods like price discounts or new product offerings has failed to inspire disruptive innovation.  For most of its history, Burger King has trailed McDonald’s in terms of its number of retail locations, international reach,  and total market share which stands at 5% versus McDonald’s dominating 19% [1].  With this problem in mind, Burger King’s new leadership has turned to data analytics to empower its marketing, sales, and operations strategy and the results are promising. Did you ever think that your Whooper might be powered by big data, or perhaps that Burger King’s decision to partner with Impossible Burger to offer a meatless Whooper was influenced by big data insights? This is precisely part of Burger King’s new secret formula[2].

Let’s delve deeper to understand exactly how Burger Kings unlocks this value and learn about its future plans to potentialize the offering through data. 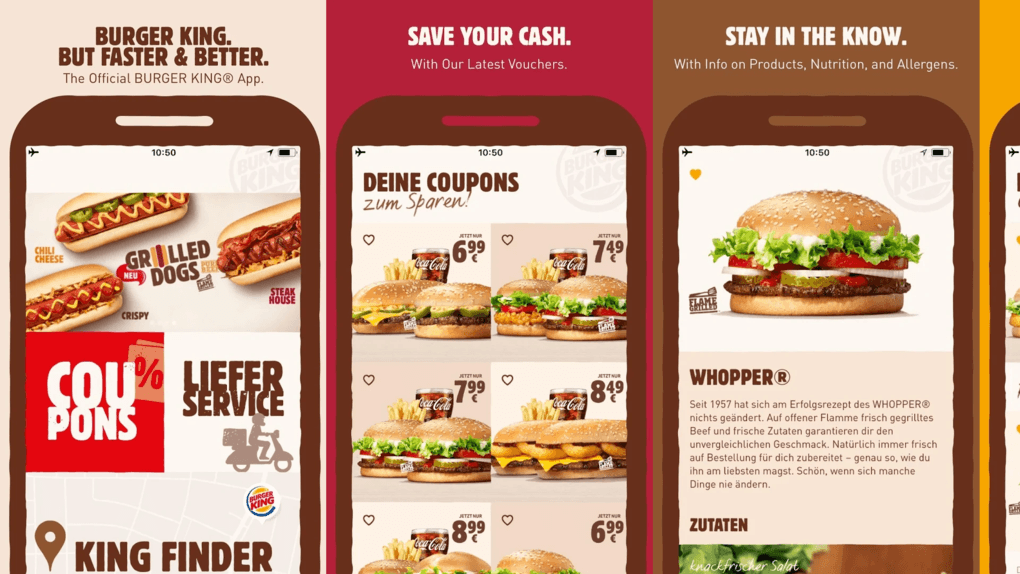 With over 11 million daily sales at its retail locations, the vast amount of data available to Burger King is a diamond in the rough[3]. From the supply chain operations to source its ingredients, maintain assortment and merchandising, to the cooking processes at each retail location, the amount of data available at each step of the hamburger journey may even be incalculable. Yet, given our current computing limitations, the value of big data remains even if we analyze a portion of its magnitude, and even Google knows well that simply having infinite computational power does not guarantee that humans will make decisions with the data outputs[4].

Using this logic, Burger King first leveraged its capabilities as a retailer to enhance the customer experience it provides through a modernized website, mobile apps and digital experiences at its retail locations[5]. Launched in 2014, the Burger King App offered a BK location tracker, tailored personalized coupons and special promotions to enrich the monotonous nature of buying a burger, and added engaging video content to delight its users. Aside from that, Burger King deftly requested location sharing from its users to use the app, and encouraged users to provide direct feedback, which gave it access to new dimensions of user data:

As a Burger King spokesperson explained “This new scalable mobile app will improve the guest experience by eventually allowing guests to receive desirable and specific offers as well as access to a digital wallet, which they can use to make payment. The application also provides the Burger King brand and its franchisees with rich data about in-restaurant buying habits, which it will use to improve the guest experience.”[6]. 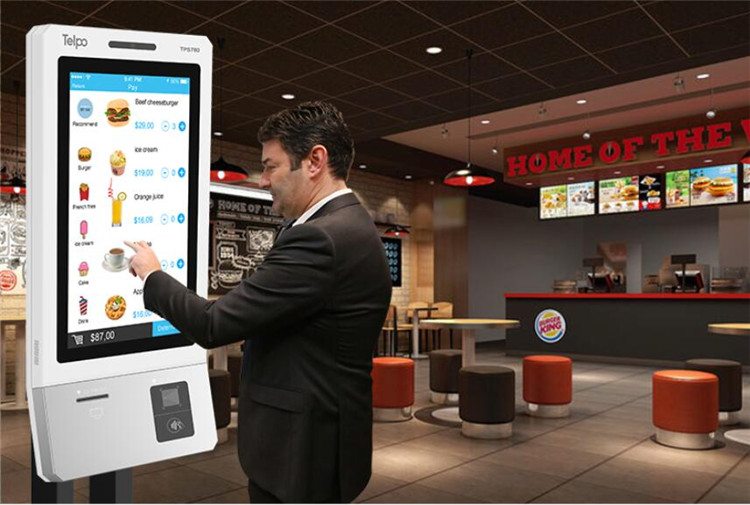 One of the results of this data-driven approach was the increased implementation of an omnichannel strategy to connect the physical retail locations with its digital app offerings. Based on common user feedback, Burger King’s expansion of self-service kiosks to global locations and the revamp of its online digital wallet, the BK Crown Card, allowed the company to make strategic decisions that have impacted the shopping experience.

Overall, aside from the vast amounts of user data capture, the value created through these innovations improved customer retention and greatly enhanced the customer journey. In terms of metrics, 90 days after the rollout of its app offerings Burger King saw a 34% increased in redemption offers that turned into foot traffic, and recorded a remarkable 85% completion rate in the online surveys processed through the Burger King App[7].

II. Investments to Unleash the Power of Data 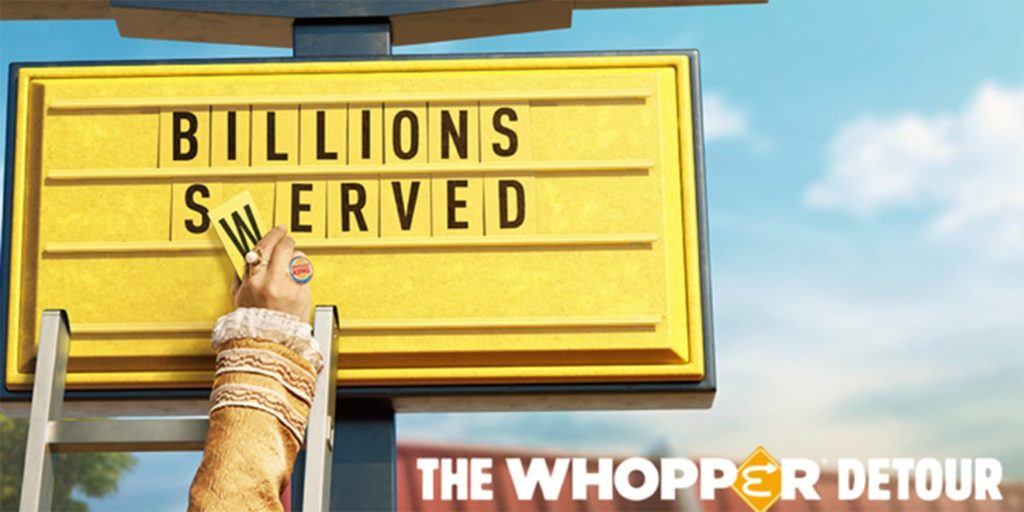 The earlier anecdote showed Burger King’s first venture into big data, but that was the world of early data analytics in 2014. In the last two years, Burger King has emphasized its previous strategy by incorporating more powerful capabilities in its marketing campaigns to drive consumer engagement. In 2018, Burger King’s marketing team led by Fernando Machado launched a stunt campaign from December 12 until December 14 called the “Whooper Detour”. Customers had to download the upgraded Burger King app and get within 600 feet of a McDonald’s restaurant to activate the offer. Leveraging Google Map’s features, the app also navigated the user away from the McDonald’s location toward the nearest Burger King to pick up their food within one hour of placing the order online. The returns of this investment were impressive, by driving an estimated 1.5 million downloads of the new Burger King App and providing an ROI ratio of 37:1, which placed the Burger King app as the most downloaded Apple App Store for several days in a row [8]. 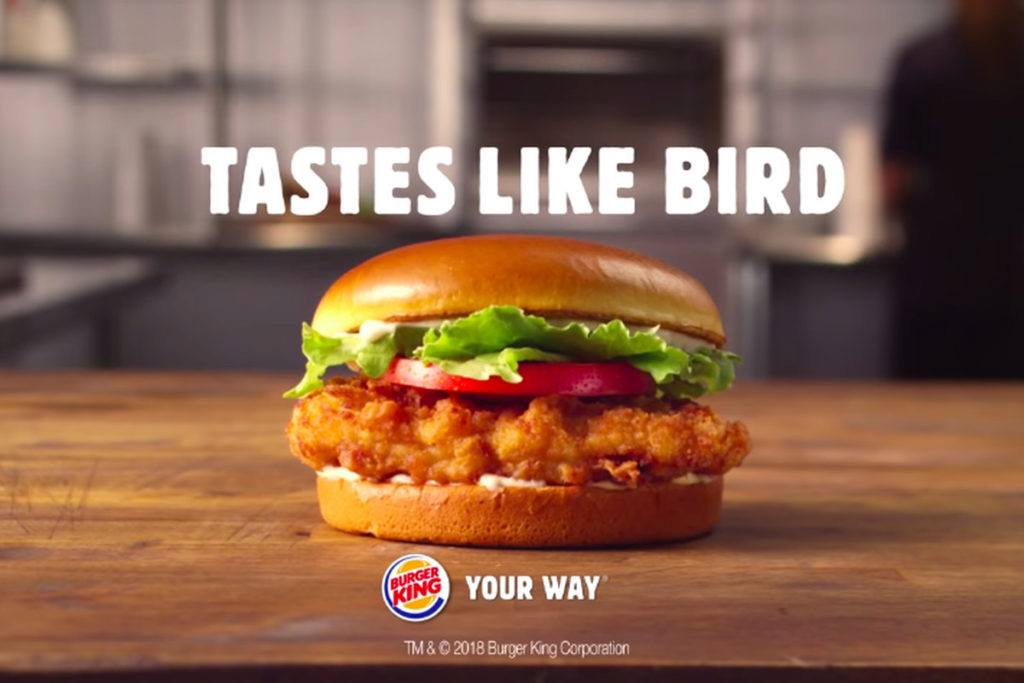 Not to be outdone by the recent wave of AI-talk in business schools, in late 2018 and early 2019 Burger King launched a series of funny commercials on Youtube powered by algorithms and engaging voice-overs [9]. In an attempt to showcase the limitations of AI applications, which Mashable called “beautiful disasters”, the ads promote a chicken sandwhich that “tastes like bird”, repeatedly mispronounce Burger King’s name as “Burglar King”, and even take a jab at BK’s own slogan “Have it your way” by mispronouncing it as “Have it Uruguay”. While the commercials drove significant viewership on Youtube, actual AI technologists viewed the attempts as a half-hearted tactic to gain market awareness.  But, after the sound of the laughs is over, will Burger King truly embrace more complex data analytics to empower its ongoing strategy? 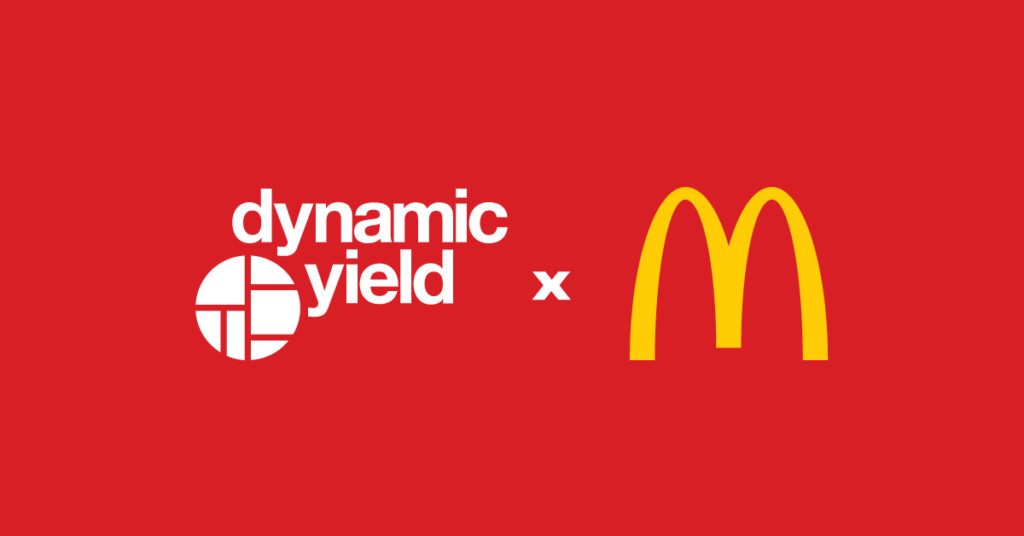 As the old adage says, “Don’t wake up the bear, for it will eat you”, and McDonald’s fierce strategic response should make Burger King reconsider its naive applications of AI technologies. Earlier this year, McDonald’s announced its $300 million offer to acquire Dynamic Yield, a startup based in Israel that provided retailers “algorithmically driven decision logic technology”. In terms of applications, McDonald’s plans to use the technology to innovate its drive-thru experience. At a recent pilot program in Miami, McDonald’s launched a series of dynamic display ads powered by machine-learning algorithms that would greet the consumer by his/her first name and offer products depending on prior customer visits, flavor preferences, and even weather patterns. Through this powerful use, this technology would parallel Amazon’s recommendation engine by nudging users about what other customers bought as well, thus increasing the switching costs of moving to another brand.

Compared to Burger King’s modest same-store growth of 0.8% and lower net income, in 2018 McDonald’s tallied nearly $6 billion of net income and ended the year with a free cash flow of $4.2 billion. This means that as McDonald’s continues its focus towards a sumo strategy, Burger King is limited to maintaining its current strategic position and perhaps applying a judo-strategy by investing in cross-brand campaigns, and obtaining internal resources from 3G Group, the Brazilian private equity group that also controls Popeye’s and Tim Horton’s under the RBI umbrella.

In sum, when you combine the potential to understand Amazon’s competitive advantage and a healthy financial outlook, McDonald’s entrance in the data analytics space poses a direct and imminent threat to Burger King’s future profitability. While data analytics used to be equal to launching new apps and raising user awareness on Facebook and Youtube, the future of AI applications shows us that it must be taken seriously and that mockery may drive temporary laughs but not create a true competitive advantage.

The Met’s Goldmine of Data Assets