As a proud iPhone owner and an extremely satisfied Apple Watch user, I have a positive outlook on the future sales of the Apple Watch. The tech community has been preaching the impending takeover of wearables for the past few years, and Apple is perfectly positioned to not only take over, but to also define the high-end of the market.

Contrary to popular belief, Apple is not too late to dominate wearables. If history has taught us anything about Apple at all, it is the fact that they do not have to invent a category to own it. iPhone overtaking the smartphone category and iPad overtaking tablets are our proof. And the explanation is three fold; Apple is relentless dedication to building products that:

You can find all three of these things in the Apple Watch; and that’s why it will win.

The Apple Watch only works when it is paired with an iPhone. This means that the 700 million iPhone users around the globe and the 1.5 million iPhone apps in the App Store represent a baked in potential market for the product, on both the customer side and developer side.

According to the latest Apple announcement, there are already 8,500 apps for the watch, which has been on the market for less than one year. This rapid app development is a direct function of the successful market for iPhone apps that Apple has built, providing a competitive advantage for its watch platform compared to other wearables in the market.

No one knows the true number of Apple Watch customers to date, but analysts estimate the number to be around 3 million. While this number is considerably lower than expectations (the tech community thought Apple would sell around 2 million units per month) I think it’s too early to count out future success, precisely because of the attractiveness of the watch app market to consumers.

The indirect network effects produced by the ability to do so much more with my watch’s many apps compared to a Fitbit, such as call an Uber, check the weather, get directions, text, control my music, and answer phone calls leads me to suspect that users will gravitate towards Apple’s wearable platform over the competition.

Apple Watch also includes ways for owners to interact with one another, driving direct network effects among users, and making the product sticky. 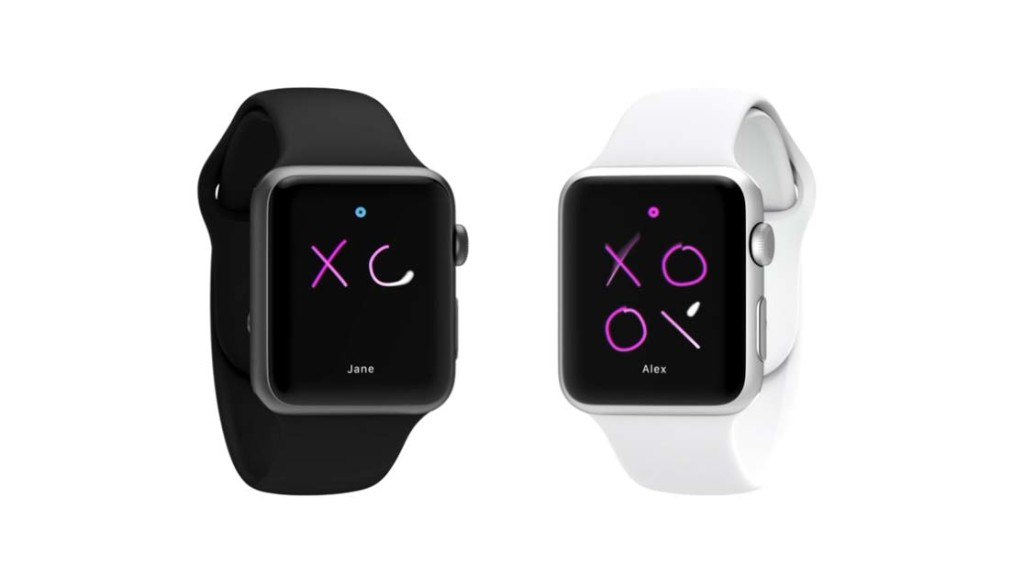 Apple Watch owners can send each other drawings. They can also tap the surface of their watches with their finger tips to sends a taptic touch to another user. The taptic touch doesn’t feel like a vibration – rather it feels like another human truly touching you on your wrist. 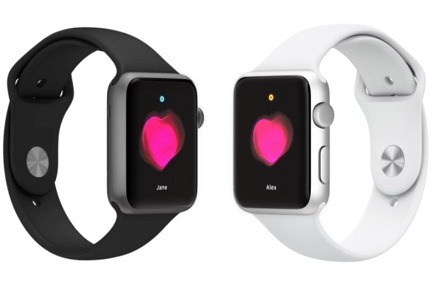 Watch users can also send each other their heartbeats. When you receive another person’s heartbeat, the taptic technology lets you feel the exact pulse of the other user. This feature combined with the drawing and tapping described above encourages intimacy among watch wearers.

Unfortunately, only a few of my friends have the Apple Watch; and of those that do, I certainly don’t feel like sending all of them something as intimate as my heartbeat. But as soon as the watch hits a critical mass where more of my friends and family start to have watches, the value of owning one will increase tremendously as we send little drawings to one another, and tap each other’s wrists.

Everyone knows design is the differentiator for Apple in the personal computer market, and the same is true for the watch. Competing wearables manufacturers make plain-looking wristlets, and are focusing on reducing their size so that their clunky appearance does not compete with your daily outfits. They are also going for just one part of the market: fitness fanatics.

Apple, on the other hand, is building a collection of fashion pieces composed of luxurious materials like a proprietary aluminum compound for the Apple Watch Sport, accompanying leather straps for the stainless steel watch, and a 14 karat gold face for the Watch Edition. Perhaps even more interestingly, Apple just announced a partnership with luxury fashion brand Hermes to produce even more Apple Watch faces and straps, doubling down on design not only as a differentiator, but as a new definition of what luxury wearables look like, giving users yet another reason to pick Apple Watch — if their a fitness fanatic that wants the sport version, or a fashionista wanting to rock the leather strap that matches her hand bag.

The moment I put on my Apple Watch, I knew how to use it. That’s because the watch is a literal extension of the iPhone, which constantly feeds notifications to my wrist via Bluetooth technology using the same icons, imagery, language, and buttons I’ve been trained to recognize on my smartphone. This ease of use lets iPhone users “plug and play” without missing a beat.

The Apple Watch’s integration with the iPhone market of customers and developers who already know how to use and develop for Apple mobile technology, coupled with a luxurious design and intuitive user interface lead me to believe that the Apple Watch will take over the wearables market as the leading platform from sport enthusiasts, to luxury watch wearers — just wait.

Student comments on Apple Watch: Betting on the Apple Ecosystem